Medvedeva's party, Shcherbakova's memories and violations of Kostornaya's regime: what is being discussed in the world of figure skating

Evgenia Medvedeva noisily celebrated her birthday in one of the capital's clubs, and Anna Shcherbakova shared her memories of the Beijing Olympics and promised not to end her career. Alexandra Trusova refused to participate in the Russian jumping championship and faced criticism from Tatyana Tarasova, and Alena Kostornaya admitted that she did not follow the recommendations of doctors after the operation. What is discussed in the world of figure skating - in the material RT. 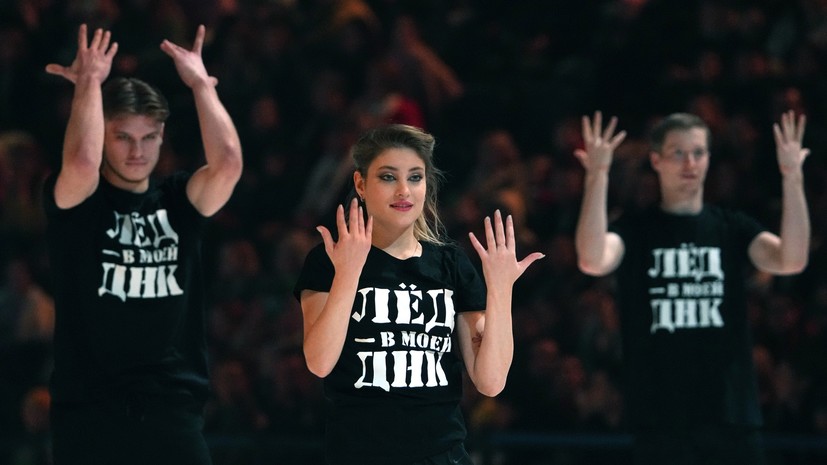 Memories and plans of Shcherbakova

Her conversation with Laura Jugelia for the Fametime TV YouTube channel was an exception.

The athlete spoke about the victory at the Olympics and training with Eteri Tutberidze, about the work of the host at the Ice Age, new opportunities and personal life.

First of all, she assured that she was not going to end her career, despite all the speculation.

According to Anna, the operation on the knee could not be postponed: it would have taken place in any case, even if the Russian figure skaters had been admitted to international competitions.

Shcherbakova also shared how she was preparing for the Games in Beijing.

She admitted: two years before the Olympics, she drove thoughts about her to hell, but at the same time, during the season, she read all the forecasts in which Kamila Valieva was unanimously called the favorite.

But this did not hurt the future winner at all.

“I soberly assessed my strength.

I knew that I was going to the Olympics in very good shape.

From the very first days, my training went very well there.

I knew that it was important for me to do my best, that I had good chances.

I didn’t think about the places - I knew that this was the main start in my life and there was a chance to do everything on it to the maximum.

This thought invigorated me very much, ”said Eteri Tutberidze, a pupil.

Shcherbakova also admitted that Trusova, if she had completed both programs purely, could have scored a large amount of points.

“But the competition is that someone takes a risk that does not work out.

I also had a difficult task - when I went out on the ice, I knew that I had no right to the smallest blot.

This also has its own complexity, when you know: you stumbled once - and that's it.

You have not completed the task, ”Anna emphasized.

Talking about working in the Tutberidze group, Shcherbakova admitted that she never conflicts with the coaches, even if she does not agree with some of their proposals and requirements.

I can always have an opinion on everything, but I don’t consider it necessary to express it, ”said the skater.

In addition, the Olympic champion said that after the Olympics, her personal life began to improve, there was time to communicate with friends.

According to Anna, during active figure skating, she didn’t even have thoughts about some kind of romantic relationship.

“For me, personal is always personal, I don’t want to flaunt it and discuss it.

But I can honestly say that when I was in sports, in competitions, I didn’t have the maximum before.

I am a person who thought about figure skating 24 hours a day.

What are my thoughts now, I will not tell.

But personal life is like some kind of banal pastime with friends - there is time for this, we gather more often, we communicate, ”admitted the champion.

Evgenia Medvedeva celebrated her 23rd birthday on a grand scale.

The birthday of the two-time world champion is November 19, but a party on his occasion took place a week later.

The holiday began in one of the capital's hotels, where the skater invited her friends.

There, the girls gave Evgenia gifts, fooled around, filming funny videos and taking pictures, after which they went to a nightclub in a chic limousine.

Medvedeva looked stunning in a black satin corset and a low-cut skirt that accentuated her chic figure.

The image was complemented by a necklace with rhinestones and black gloves to the elbow.

All the guests were also dressed in black.

“Thank you for the best day of the year,” Medvedev wrote on the social network under numerous photos of the celebration.

The dance and song party ended with a large chocolate bear cake wearing a silver necklace.

Champions in Red Square and Doha

The beginning of the new week was marked by the opening of a skating rink on Red Square.

By tradition, on the first day of its work, a show was shown for the audience.

This time it was Tatyana Navka's production of "The Love Story of Scheherazade".

The main roles in it were played by Beijing Olympic champions Victoria Sinitsina and Nikita Katsalapov, as well as the audience's favorite Kamila Valieva.

“A new story, an old fairy tale, oriental flavor, Russian ice and the skill of figure skating,” Navka wrote on her Telegram channel.

By the way, a few days earlier, Vika and Nikita received the OK magazine award in the “Couple of the Year” nomination, and already on December 1, in the company of another winner of the gold of the 2022 Games, Anna Shcherbakova, they will take to the ice in the fan zone of the World Cup in Qatar.

Tournament guests will be shown another Navka show - "Sleeping Beauty".

From the very beginning of the season, figure skating fans have been waiting for a new tournament - the national jumping championship, which will be held on December 4 in St. Petersburg.

And like a bolt from the blue, the news sounded that the queen of the quads, Alexander Trusova, would not take part in it.

A message about this appeared in the account of the official fan group of the skater without explaining the reasons for such a decision.

Alexander Enbert suggested that the Olympic silver medalist needs to recover from the change of coach.

“Watching the stages of the Grand Prix, we can draw conclusions about the readiness of Sasha's jumps.

I think she decided to take a break from training.

Still, she has a change of coach, which requires emotional and technical work.

And it would probably be wrong to jump headlong into all tournaments and complicate the elements compared to last year, ”Match TV quotes the ex-skater.

Tatyana Tarasova, on the other hand, spoke more harshly about Alexandra's refusal to participate.

She stated that missing the tournament is a loss primarily for the athlete herself, and not for the competition.

“She moved to a new coach - they know everything there.

Do we have no one to ride?

Already all the girls jump three and a half, quadruple.

Every girl is a loss for the tournament, but it’s better that she (Trusova. -

) comes back to normal.

I lost my shape a little - it’s nothing to say, ”said the famous coach.

Elizaveta Tuktamysheva, after a bright victory at the final stage of the Russian Cup in Perm, published a touching post in which she confessed her love for figure skating and the people who surround her.

“I want to say thanks to Alexei Mishin, Tatyana Prokofieva, Elizaveta Navislavskaya and, of course, Ilya Averbukh.

Without you, there would be no such results and such wonderful programs.

You are the ones who charge me with your enthusiasm and endless ideas.

This is what inspires and gives motivation to continue skating.

I am glad that I can be part of such a team of professionals!”

On December 17, Mishin's pupil will turn 26 years old, but she is not yet thinking about ending her career.

By the way, the former world champion is already talking about what she could do after she hangs her skates on a nail: try her hand at working on television, and possibly take part in the Ice Age.

“It seems to me that I will have time to do this when I run out of strength or motivation in figure skating and professional sports.

Because for me it is still in the first place and remains important.

Am I afraid to ride in pairs?

But you have to overcome your fears!

Even if nothing comes out in the end ... At least the conscience will be clear: I didn’t get scared, I tried, ”the AIF ex-world champion quotes.

The difficult restoration of Kostornaya

Almost three months have passed since Alena Kostornaya's hip surgery, but doctors still forbid her to fully return to the ice.

Nevertheless, the restless athlete with might and main violates the recommendations of doctors and has already restored a number of jumps: double Axel, triple salchow and rittberger.

“I’m, let’s say, a disgusting patient, but an athlete in my repertoire.

I need to jump, do something.

Otherwise, I feel like a person who is about to finish.

And my career can go on for a very long time.

And in fact, I would not want to lose her, ”Sport-Express quotes the ex-European champion.

The figure skater's coach Elena Buyanova, in turn, noted the fighting qualities of the ward, although she called the return process quite difficult.

“Of course, she left earlier than necessary.

Another question is what will happen next.

But then again, there was a rather serious operation, and thank God that it passed, because we had a lot of big problems.

Let's see how the recovery goes.

She's only been riding for a month.

But the main thing is to start, and then we'll see.

But everything is not easy, I can honestly say that, ”Buyanova said.

In the meantime, Alena is skating in ice performances and is considering the option of performing at a show program tournament organized by the FFFKR.

The athlete has an idea for an interesting and unusual production, but not only for herself, but for the trio.

“Since this is a show tournament, you can do anything,” said Kostornaya.