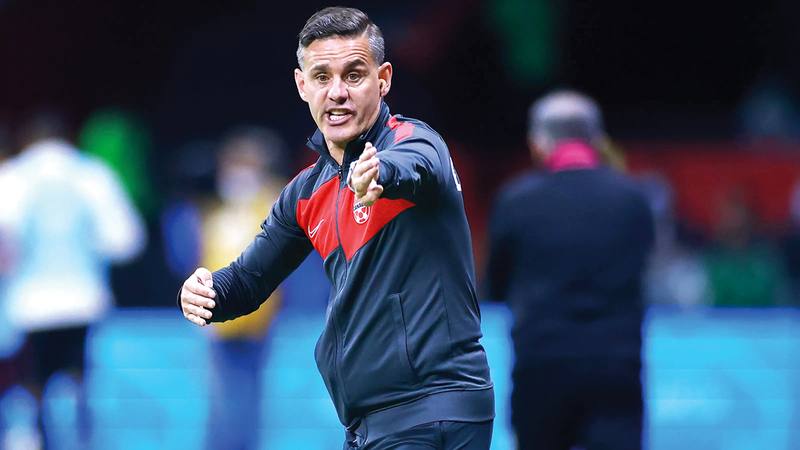 A story from the World Cup

The report indicated that Herdmann has a beautiful football story that may be unique to him among the rest of the coaches of the teams participating in the current World Cup hosted by the State of Qatar, as he had never trained any local or foreign club, but his experience in football work in academies, after several years, led him to train Canada's national team in the current World Cup for men, was preceded by the training of the New Zealand women's team.

And the report continued: "Coach John Herdman did not play football as a professional player and did not coach in professional clubs or in the first row, but he knew what he was saying, and he was doing what he saw right."

The report shed light on his career, as he started at the Sunderland Football Club Academy for early ages, coinciding with his studies as a student at the university, and described his first stage as successful because of his insightful artistic vision, and despite that he did not get the opportunity to lead him to be A world-class coach, and stressed that "Herdman never felt despair, but he persevered until he reached his goal as a coach."

John Herdman's first assignment was in 2003 when he worked as an educational director for coaches in New Zealand, then director of development, and then coach of the New Zealand women's national team (2006-2011), and he participated with them in the World Cup in 2007, and then in the Olympic Games in Beijing 2008, He then moved on to coach the Canadian women's national team in 2011, and qualified for the 2012 London Olympics and the 2016 Rio de Janeiro Olympics, winning the bronze medal in both tournaments.

In 2018, he was named coach of Canada's first men's team, leading the 2022 World Cup qualifiers for the North American continent, ahead of Mexico and America, and qualified for the first time to the 2022 World Cup, after Canada's absence from the tournament for 36 years.