The Moroccan national team is in a decisive and historic confrontation Thursday against Canada in the third round of Group VI competitions for the Qatar FIFA World Cup 2022, amid questions about the participation of goalkeeper Yassine Bono. The Spanish goalkeeper withdrew at the last moment before the start of the confrontation against Belgium. 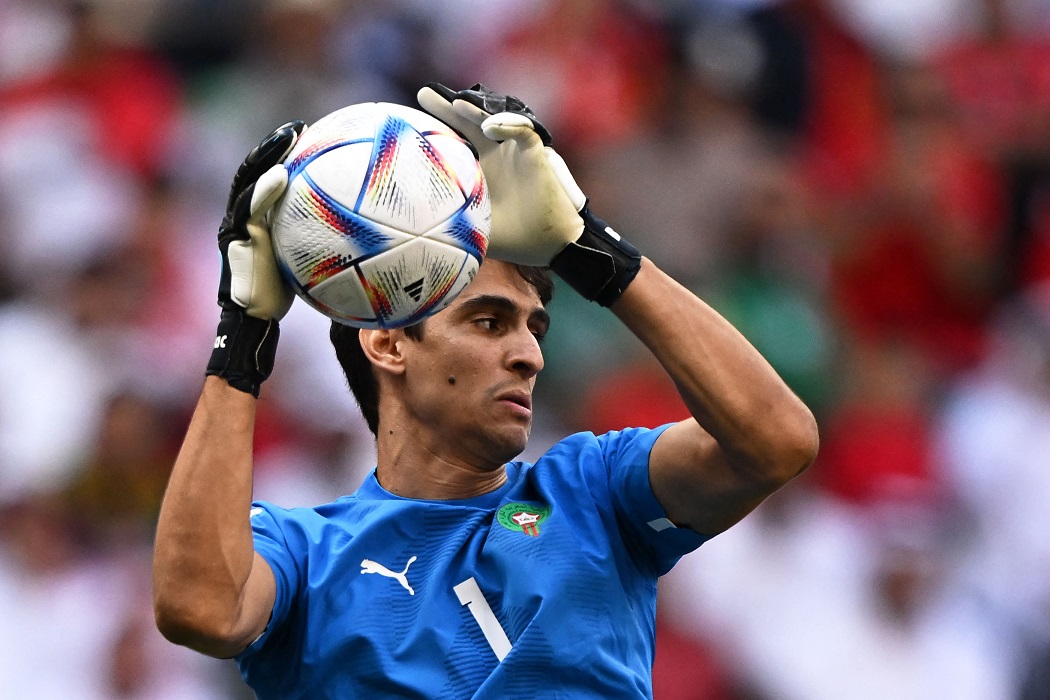 The Moroccan national team will play a decisive and historic confrontation, Thursday, against Canada in the third round of Group VI competitions for the Qatar Football World Cup 2022, amid questions about the participation of goalkeeper Yassine Bounou.

The Spanish goalkeeper, Seville, withdrew at the last minute before the start of the confrontation against Belgium (2-0) on Sunday in the second round, due to stomach pain.

Bono was in the starting line-up for the match, went through the warm-up period and stood with his teammates during the national anthem, but felt dizzy after that, so his coach Walid Al-Rakraki decided not to risk his participation and put the Saudi goalkeeper Munir Al-Qajwi Al-Mohammadi in his place.

The distinguished goalkeeper explained to France Press the reason for his departure before the match, "I am in good shape. I had an injury from the Croatia match. I did not want to determine its quality and renewed. I hope to be ready for the Canada match."

Bono trained normally on Monday and Tuesday, but the nature of the injury he suffered, which he refused to disclose, raises more than one question mark about his readiness to compete in the Canada match, the gateway to qualifying for the final eight for the second time in its history after 1986.

Bono is considered a mainstay in the Moroccan national team and one of the contributors to its reaching the finals for the sixth time in its history.