Portugal have scored twice in their last two fixtures, both from dubious penalty decisions. There was a controversy over preferential treatment, but as there are many sophisticated kickers in Portugal, our defense should be mindful. 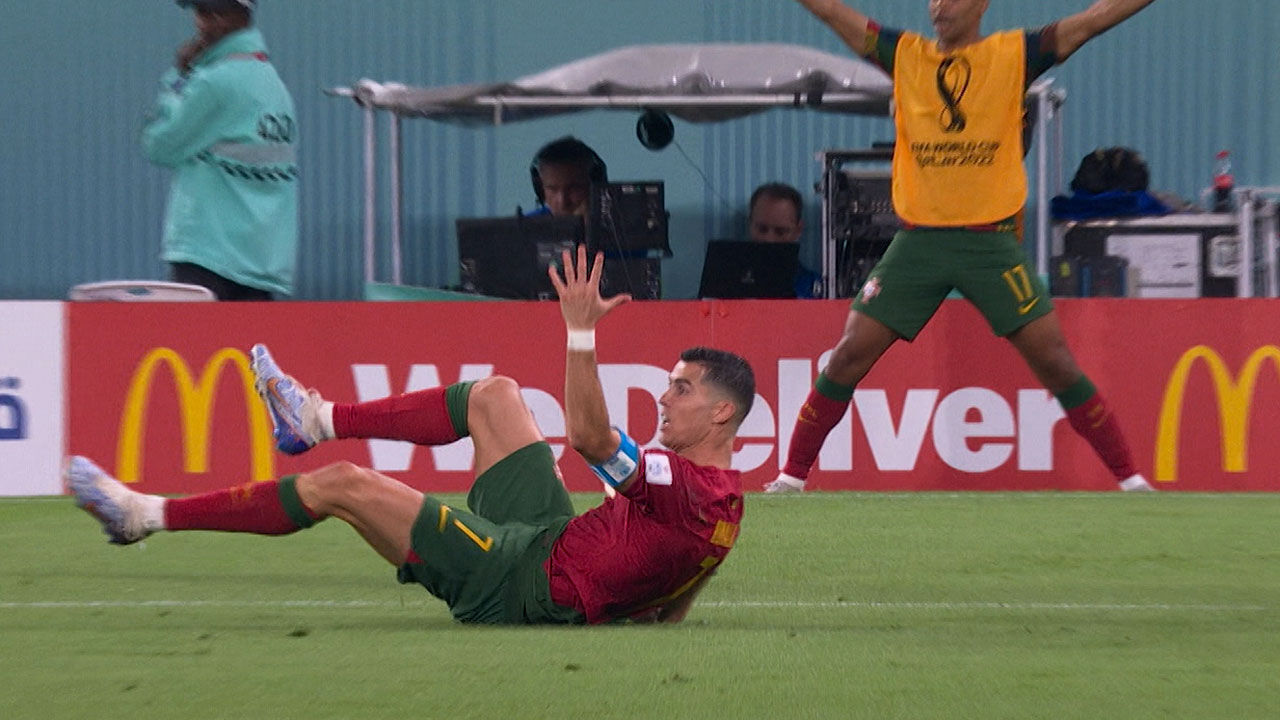 There was a controversy over preferential treatment, but as there are many sophisticated kickers in Portugal, our defense should be mindful.

This news is also reporter Lee Jeong-chan from Qatar.

In the first leg, Ronaldo collided lightly with Ghanaian defender Salisu and was suspected of diving, but a penalty kick was declared and the victory was won by one point, causing controversy

I don't know why.

Is it because Ronaldo is special?

What did VAR do?

In the second game, at the end of the game, which was holding an uneasy lead, the Uruguayan defender fell and touched the ball in his hand.

[Joe Cole/Former England national team: You can't give a penalty with this, it's a terrible decision.

this, the FIFA technical researcher said that Ronaldo played cleverly and that it was not a mistake.

[Sunday Olise/FIFA Technical Research Fellow: After touching the ball first with patience, I waited for the opponent to touch my leg.

Ronaldo's technique of winning and putting a penalty kick is considered the best.

Throughout his team and national team, he scored a total of 146 goals from penalties alone, holding the world record, and the success rate is also high at 83%.

On the other hand, Korea has a painful memory of collapsed by allowing penalty kicks one after another in the first and second games of the last tournament.

In the first 20 games of this tournament, nine penalties were declared, and as the frequency increased from the previous tournament, the concentration of our defense team is important.

As a single penalty kick can decide the outcome of the game beyond the flow of the game, special attention and thorough analysis are required.