Supported after the protest in the WC: "Hope nothing happens to him"

When Mario Ferri stormed the field during the match between Portugal and Uruguay, it was not the first time. The soccer player and activist has been protesting on the soccer field for over ten years. 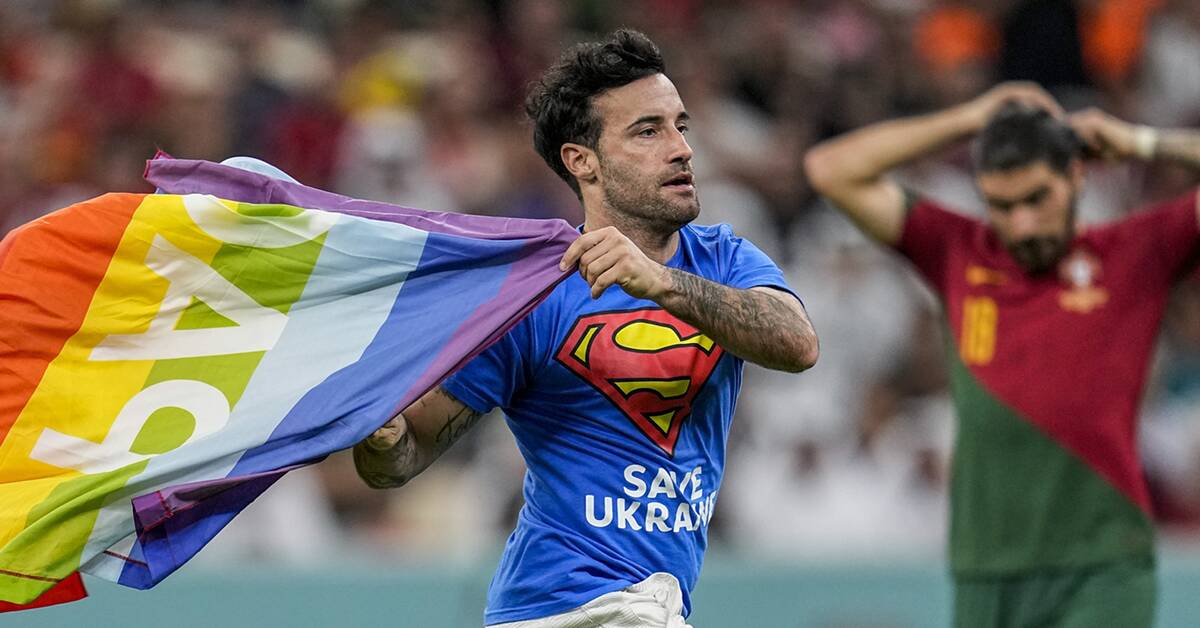 He has been a professional for nine years, most recently at United Sports Club in Indian Division 2, writes the Evening Standard.

But it is for other efforts on the pitch that the 35-year-old Italian excelled the most.

Already in 2009, Ferri rushed onto the field during a match between Italy and the Netherlands and demanded that Antonio Cassano be selected for the World Cup squad.

The following year, at the World Cup in South Africa, Ferri was back – now with a message for national team captain Marcello Lippi whose Cassano-less team was already out of the tournament.

During the final of the WC for club teams, he stormed the field with the message "Free Sakineh".

He was referring to Iranian Sakineh Mohammadi Ashtiani who had been sentenced to death by stoning.

At the World Cup in Brazil, Ferri appeared again, in a match between Belgium and the United States, with a call to liberate the children of the favelas.

But Ferri has also taken his involvement outside the football field.

Just weeks after Russia invaded Ukraine, he rented a car to help people escape across the border into Poland.

"Save Ukraine" was also one of the messages on his shirt when he stormed the pitch during the match between Portugal and Uruguay in the World Cup in Qatar along with "respect for Iranian women".

He also carried a rainbow flag.

After the match, Portuguese midfielder Rúben Neves expressed his support for the protest.

- We hope nothing happens to the guy, because we understand his message and I think the world understood it too.

A stormtrooper ran in with a rainbow flag and political messages.