Is Mbappe arrogant and Benzema returning to the World Cup?.. France coach answers

France coach Didier Deschamps spoke at a press conference - today, Tuesday - about a number of issues related to "roosters", answered questions about the possible return of striker Karim Benzema, and accused Kylian Mbappe of arrogance. 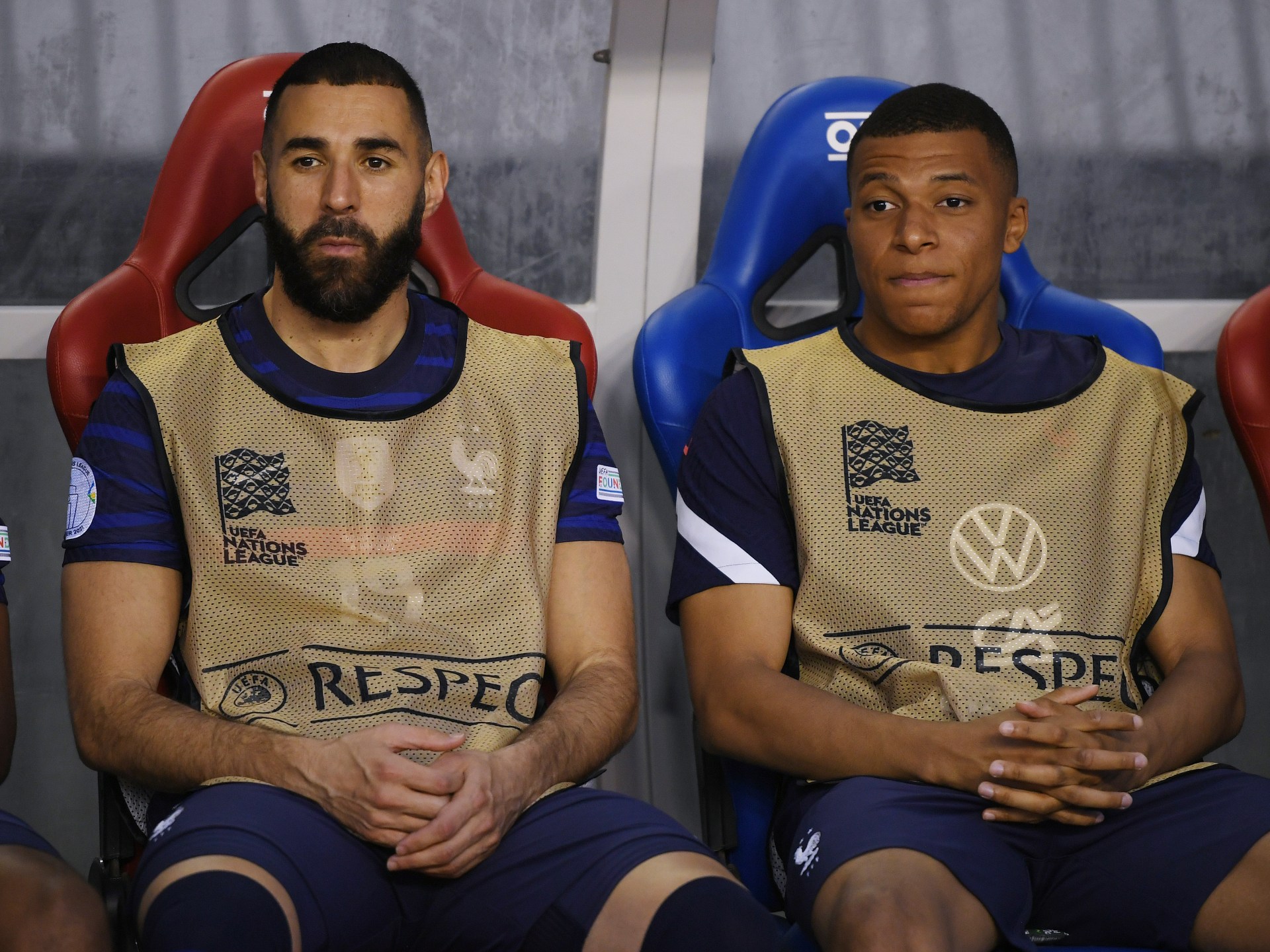 France coach Didier Deschamps spoke at a press conference today, Tuesday, about a number of issues related to the “roosters”, and answered questions about a possible return of striker Karim Benzema, accusing Kylian Mbappe of arrogance, and influencing the selection of the list of players participating in the confrontation against Tunisia – tomorrow. Wednesday - at the 2022 World Cup in Qatar.

After qualifying for the final price, Deschamps decided to make many changes to his team's formation against the Carthage Eagles - tomorrow - at the end of the Group D competitions, and said, "Mbappe's physical fitness is good, so we do not need to deal with this matter, and it is rumored that we have to control his ego? What do you know about that? I know but you don't, Kylian doesn't have a lot of ego, it's not true."

He added, "He is an important player, but he is a team player. Of course he is a star, but he is not 18 years old anymore, he has become more experienced. He wants to play tomorrow, but it is not possible for all the players to participate from the start, that is normal. It is possible to imagine a lot of things." But I have a lot of elements to take into account, and my information is first-hand."

On the other hand, Deschamps said that the whereabouts of Karim Benzema - who left the French national team camp before the start of the World Cup due to injury - "does not concern him" much, after broadcasting a video showing the arrival of the Real Madrid striker to Reunion Island for a vacation.

And the presence of Benzema on Reunion Island weakens the possibility of his return to Real Madrid training - the day after tomorrow, Thursday - as some Spanish media announced yesterday, and perhaps his return later to join the ranks of the French national team during the World Cup.

When Deschamps asked about Benzema, who is still registered in the official list of the national team, he said, "You are looking for things here... These are matters that do not concern me. I do not know who said what, where and why? I discussed with Karim after his departure, you all know his condition and the time it takes for his recovery." "From injury. I only care about the 24 players who are here."

And the French Press Agency quoted a source close to the striker, who was named the best player in the world this year, that he will spend a week-long vacation on the island located in the Indian Ocean.

It is noteworthy that the International Federation of Football Associations (FIFA) confirmed, in an inquiry to the French press, whether Benzema would win the gold medal if his country retained the title, that he “has the right to do so, but the final decision is up to the French team.”