2022 World Cup: what composition for the Blues against Tunisia?

Guaranteed to be in the round of 16 of the 2022 World Cup, the Blues face Tunisia for their last group match, a match to be experienced in full in "Europe 1 Sport" from 3 p.m. on Wednesday. The coach of the Blues Didier Deschamps should make several changes to give playing time to the substitutes. 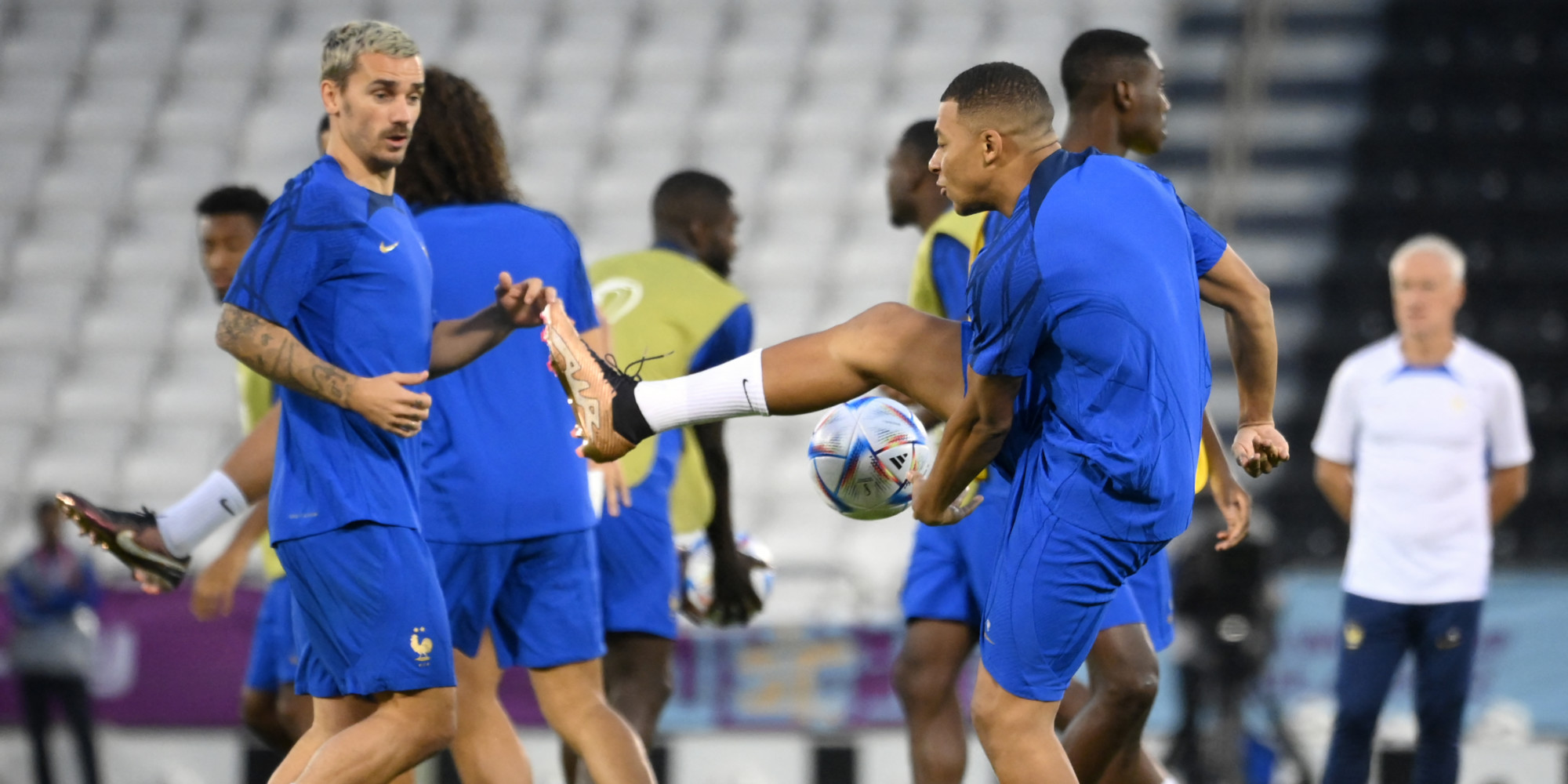 Guaranteed to be in the round of 16 of the 2022 World Cup, the Blues face Tunisia for their last group match, a match to be played in full in "Europe 1 Sport" from 3 p.m. this Wednesday.

The coach of the Blues Didier Deschamps should make several changes to give playing time to the substitutes.

What will be the composition of the Blues to face Tunisia?

The eleven of the France team could be partly redesigned for the match against Tunisia on Wednesday at 4 p.m.

Didier Deschamps could choose to spare certain executives of the group for the round of 16 in this 2022 World Cup.

The coach of the France team had already announced the color at the end of the match against Denmark last Saturday (2-1): "I'm not going to take any risks. Don't ask me how many changes there will be, but yes, I will rotate. We deserved this situation to be able to breathe players.

- 2022 World Cup: the United States and England take their turn in the round of 16

Between five and seven changes?

Traditionally, when Didier Deschamps rotates in a final match that no longer has any stakes, he makes between five and seven changes from his typical starting lineup.

"With these five changes you have the possibility of resting half of your team to balance playing time", reacted Aline Riera in the program

A very likely change for the Blues is that of Hugo Lloris.

How in 2018 during the last group match, Didier Deschamps could line up former Marseille player Steve Mandanda.

A choice that suits Alain Roche, present in

: "if he (Didier Deschamps) is superstitious he will play Mandanda since it was the case for the third group match in 2018 when we were world champion " .

For Aline Riera, "we must keep all the substitutes awake and rest some of them."

And for good reason, having all the players participate in the football party helps the cohesion of a team.

The executive players can also breathe, a tactical choice not to be overlooked if the Blues want to hold the marathon that is the Football World Cup.

But last parameter that Didier Deschamps will have to adjust: the egos.

Starting with the nugget Kylian Mbappé.

The latter would have expressed his desire to play against Tunisia.

A wish that is part of a well-defined objective: to become the best scorer in the history of the French team in the World Cup.