'Captain' Son Heung-min tears... In the midst of this, a Ghanaian staff member took a selfie

Son Heung-min played the first half again with a mask on. He dashed toward the ball and even headed it even though the surgical area had not yet subsided. 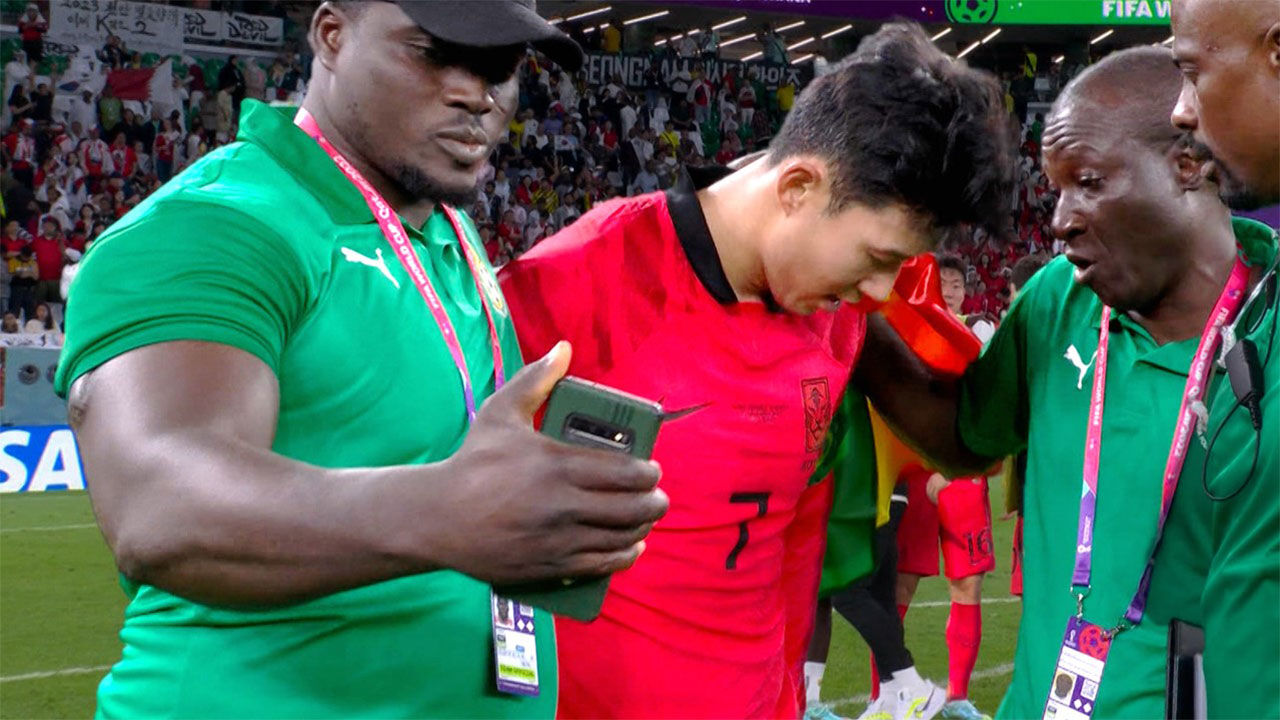 Son Heung-min played both halves again while wearing a mask.

He dashed toward the ball and even headed it even though the surgical area had not yet subsided.

As the captain and the ace of the team, there must have been a lot of pressure to do something, but it was yesterday (28th) that Son Heung-min felt even more resentful of his still incomplete physical condition.

This is reporter Seo Dong-gyun.

Son Heung-min, who entered the stadium with a solemn expression, shouted fighting loudly when the national anthem was over.

Despite the opponent's dense defense, he ran across the ground without hesitation, and in the 19th minute of the first half, he threw himself and even attempted a bicycle kick.

The mask, which was becoming increasingly sweaty, made it inconvenient to concentrate on the game, so I took it off and put it on several times, but I continued to encourage my teammates, and in the second half, I risked injury and competed for the header, and then repaired the mask that was distorted by shock. .

However, when the defeat was confirmed despite two consecutive full-time fights, he sat down on the ground and cried hot tears.

Son Heung-min, who left the ground lonely after hugging coach Gana Ado, who was the leader of Hamburg’s youth, blamed his defeat on himself.

[Son Heung-min/Soccer team captain: I am so grateful to the players.

In fact, even though I should have played more roles, I am thankful that the other players did so...

Son Heung-min, who also stopped scoring in the second leg of the last two tournaments in a row, made up his mind to pour everything into the final third leg.

[Heung-Min Son/Captain of the soccer team: I think it's a very unfortunate and bitter defeat.

I think the most important thing is to recover well and play a game where you pour everything into the stadium (against Portugal).]

Meanwhile, a Ghanaian staff came up to Son Heung-min who was sad and took a selfie and was criticized.

The head coach of Ghana, who was next to him, hit him and immediately warned him, but major foreign media outlets such as ESPN pointed out the Ghana staff's behavior, saying that it was disrespectful to the opponent.