Martino: Mexico will need to win big against Saudi Arabia

Mexico coach Gerardo Martino said that he expects that the last match in Group C of the FIFA World Cup next Wednesday, against Saudi Arabia, will witness the presentation of both teams for everything they have from the start, as the two need a big victory to settle qualification for the exit stages. 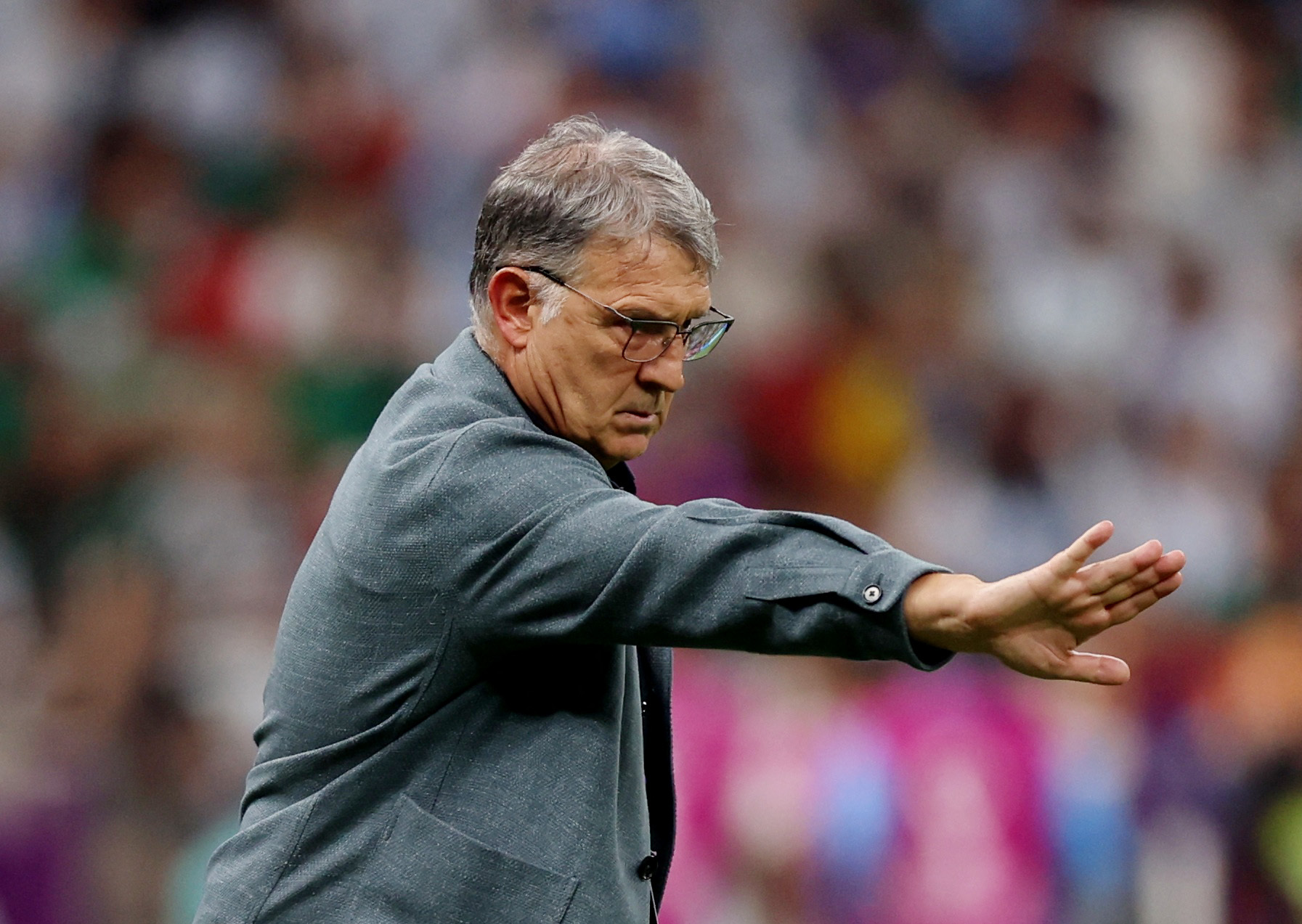 Martino: Mexico will need to win big against Saudi Arabia

Mexico coach Gerardo Martino said that he expects that the last match in Group C of the FIFA World Cup next Wednesday, against Saudi Arabia, will witness both teams presenting everything they have from the start, as the two need a big victory to settle qualification for the knockout stages.

Mexico, who drew 0-0 with Poland in their opening match, are bottom of the group with one point after Argentina bounced back on Saturday thanks to two stunning second-half goals from Lionel Messi and Enzo Fernandez.

Martino's side, who are yet to score in this tournament, likely need to beat third-placed Saudi Arabia by at least three goals on Wednesday to have any chance of advancing to the round of 16.

And if Poland beats Argentina, victory by any score will be enough.

Argentine Martino said, "As long as there are chances, we always need to try. Saudi Arabia needs to win the match and score goals, and so do we."

"I think that in life and here on the pitch with these players, footballers who compete on a daily basis are used to getting up when they have to."

He added, "It is difficult (the defeat against Argentina), of course, it is difficult for sure .. The second goal was really painful for us."

Playing on the counter-attack and winning the ball in tackles all around the field, Mexico's high-pressing style stifled most of Argentina's attacks and handcuffed their superstar Lionel Messi, with veteran captain Andres Guardado in midfield.

Guardado, however, went off the field late in the first half, and Argentina looked more determined after the break, before Messi produced a magical touch from his sleeve to push his team out of trouble and then substitute Enzo Fernandez fired into the net to settle the score.

Martino said, "We were playing with the same efficiency as usual. Argentina did not have any clear chances until then (Messi's goal).. We were interested in looking for spaces. The thinking was to stop the midfield and then respond with quick attacks."

He added, “Maybe we did not achieve that as we expected when it came to attacking, we lacked the finishing touch .. We did not lose our style but we lost our consistency when it came to possession and rushing in large numbers as we did before it.”

He concluded, "I don't think that happened against Poland, but I saw it in the second half today.. But we were facing a great opponent. I'm sure that we will play the same way as usual in our next match."