New scoring rules and low broadcast ratings: what will the Biathlon World Cup be like in the absence of Russians

At the end of November, the new season of the Biathlon World Cup starts in Kontiolahti, Finland. It will differ from the previous ones with a new scoring system, as well as more substantial fees. The competition will be held without the participation of the Russians. Nevertheless, domestic athletes are going to follow the course of the fight in order to be able to assess the shape of their opponents. 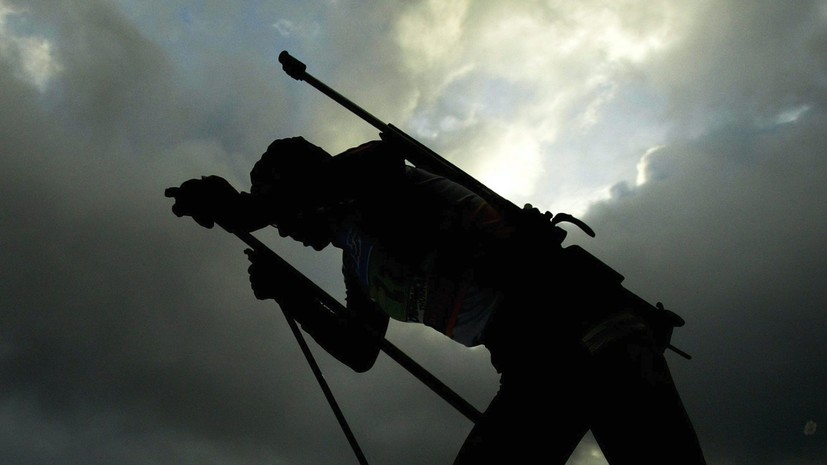 The first stage of the Biathlon World Cup starts on schedule - November 29 in Kontiolahti, Finland - and will be held without the participation of Russian athletes.

However, domestic athletes are not sitting idle at all.

They have already opened the new season of the Russian Cup in Khanty-Mansiysk, where, unlike European tracks, they do not experience problems with the amount of snow.

As you know, the IBU Cup competition in Shushen, Norway had to be canceled precisely for this reason.

At one point, there were proposals in Europe to hold some roller skiing competitions in the winter season, which five-time Olympian Johannes Boe called the dumbest idea he had ever heard.

As for the World Cup itself, next season it will be held according to the updated scoring rules.

The main change is that World Championship race results will no longer count towards the overall standings.

Also, points for the two worst races of the season will not be deducted from the final result, as was done before.

In addition, the gradation of points that are awarded to participants will also change: if earlier the winners received 60, now the first step of the podium will be estimated at 90. As noted in the IBU, this is done so that athletes who are forced to miss some races due to illness , retained the chances of winning the Crystal Globes.

Last season, about €6 million was allocated to encourage athletes (the World Cup was not held due to the Olympics), and €7 million in the 2020/21 season.

Interestingly, the IBU went to increase the prize fund even despite the obvious financial losses from television broadcasts.

As the head of the press service of the Russian Biathlon Union Sergey Averyanov explained, fans of all the countries that were broadcast watched the competitions under the auspices of the IBU for a total of 579,377,556 hours (the IBU uses this metric).

“And this despite the fact that we did not broadcast the last three stages of the World Cup.

In fact, more than 60% of the total volume of broadcasts in hours was watched by viewers of two countries - Russia and Germany (Germans accounted for 31.43%).

That is, 70% of the broadcast hours of an IBU product are in just three countries.

It is obvious how “beneficial” it is for the International Union not to have broadcasts to Russia.

After all, the sale of media rights to their competitions is one of the three main sources of income for the organization, ”Averyanov wrote in his Telegram channel.

At the same time, leading Russian biathletes admit that they plan to follow international competitions, despite their own suspension.

So, the bronze medalist of the Beijing Games, Eduard Latypov, is curious about the shape of the rivals.

“The people prepared a lot for the season, so it’s interesting to see how the results have changed after the Olympics,” Match TV quotes Latypov.

World champion Alexander Loginov also said that he would try to follow the competition remotely, although he did not yet know on which resource.

When I perform at competitions, in principle, I don’t watch broadcasts much, so sometimes I try to distract myself from it.

I have enough biathlon here," one of the leaders of the national team emphasized.

Meanwhile, foreign athletes are preparing for a serious fight, despite the absence of Russians and Belarusians, as well as the completion of the careers of some athletes.

So, Johannes Boe said that he showed his best results in competition with the Frenchman Martin Fourcade.

“It will never be the same as with Marten.

Motivation turned on automatically when I competed with him.

Now everything is different - the rivalry is not so strong, you have to focus on your work.

Also, my main goal was to find myself, to compare the current form with the one that I had in the first seasons of performances.

And if it is not better, then at least not worse, ”said the Norwegian.

According to Johannes, first of all, he is aimed at winning the Big Crystal Globe.

“I will think about the World Cup after the stage in Antholz.

Until then, I will take part in ten races, then I will celebrate Christmas, and I will start preparing for the next nine or ten races, which will take place in early 2023.

I will set small goals throughout the season, and not think about the long term, because it is important to have fun in a particular moment.

I am also focused on relay races so that the national team can play in the strongest line-up and fight the French, ”said Boe.

The two-time Olympic champion Kenten Fillon-Maillet is well aware that it will not be easy to fight for the title, and both the Norwegians - the Boe brothers, Sturla Lagreid and Vetle Christiansen, and the Swedes Sebastian Samuelsson and Martin Ponsiluoma, and at the same time the German Benedikt Doll can prevent him.