Ingvild Flugstad Östberg about the comeback

Ingvild Flugstad Östberg has been stopped several times by health problems. The World Cup competition in Ruka will be her first in almost a year. - It has been a struggle in many ways, says the Norwegian to SVT Sport. 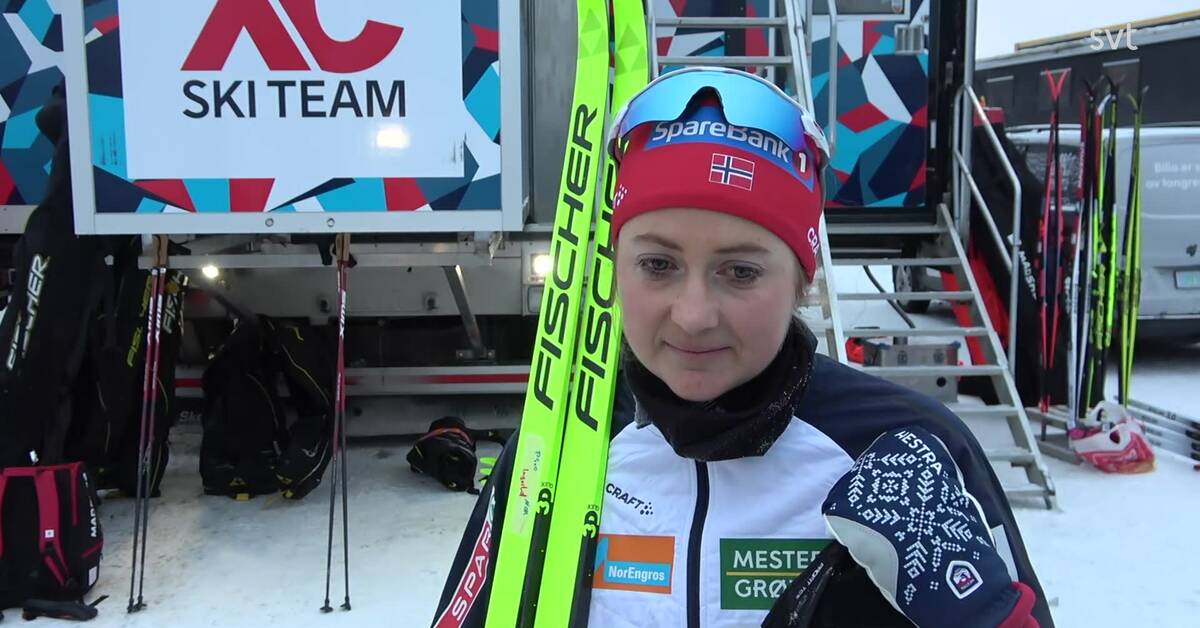 32-year-old Ingvild Flugstad Östberg has been stopped from competing three times since the fall of 2019 because she did not pass the national team's health requirements.

After an unsuccessful season last year when she missed the Olympics, the Norwegian now trains outside the national team.

That hasn't stopped her from performing on the ski track.

In the Norwegian premiere in Beitostölen a week ago, she finished third in the 10 kilometer classic.

It earned her a place in the World Cup premiere in Ruka this weekend.

"Didn't think of the scenario"

- Maybe I hadn't thought of the scenario of going here.

I thought that was a bit early, I had to perform in Beitostölen because I am not in the national team.

But it went very well there and we made a good plan to go here.

Flugstad Östberg will compete in the distance races 10 kilometers classic and 20 kilometers hunting start during the weekend.

The expectations for the weekend and the season are very different.

- I have rather low expectations for the weekend.

In terms of results, I don't have the highest expectations, I know I'm some way from where I can be.

But I expect to do the best from where I am.

In the season as a whole, I have the goal of fighting for medals in the WC, so there is a very big distance between the two expectations.

Flugstad Östberg has only done a few competitions in recent years and she says that the last year has been quite tough mentally.

- I felt this spring that I wasn't done with this, I have to show myself that I have done everything.

I had a good plan and have good people around me.

But it's been tough, I've put in countless hours, it's been a struggle in many ways.

At the same time, I have had a good time on the road with good people around me.