The German national team fears a repeat of the nightmare of early farewell from the group stage in the FIFA World Cup finals, for the second edition in a row. Germany will play Spain in the second round of Group E in the World Cup, at Al-Bayt Stadium. 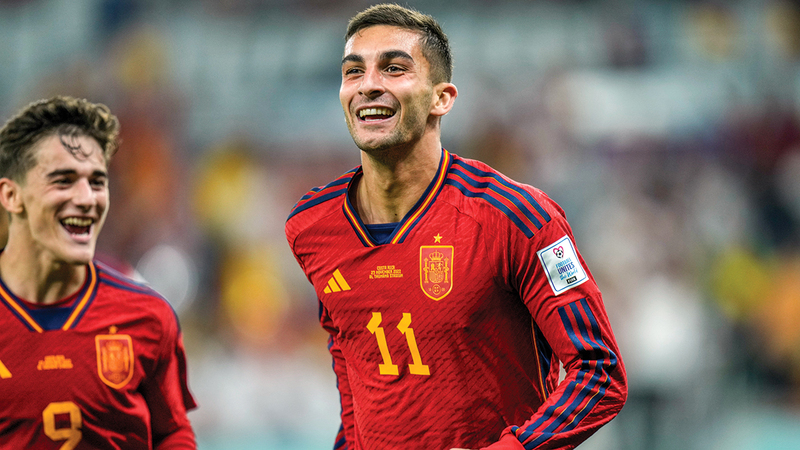 The German national team fears a repeat of the nightmare of early farewell from the group stage of the FIFA World Cup, for the second consecutive edition.

Germany will play Spain in the second round of Group E in the World Cup, at Al-Bayt Stadium.

The German national team suffered a painful 1/2 loss against Japan, last Wednesday, in the opening round, which witnessed a landslide victory for Spain 7/0 over Costa Rica.

Spain tops the group standings with three points, on goal difference in front of its closest opponents, Japan, while Germany and Costa Rica are in third and fourth places.

Germany, which won the World Cup in 1954, 1974, 1990 and 2014, became vulnerable to exiting the group stage, as happened in the previous version in Russia in 2018, if it lost to Spain, and Japan avoided defeat against Costa Rica in their meeting today.

Regardless of the morale boost that the Spanish national team received after achieving the biggest victory in the current edition of the World Cup so far against Costa Rica, history does not stand in favor of the German national team before that fateful confrontation.

The Spanish national team has not lost against Germany in any major tournament for 34 years, as its last loss against the (machines) team was due to the European Nations Cup finals (Euro 1988), noting that the last confrontation that took place between the two teams ended with a landslide victory for the (Matador) team 6 / Zero in the European Nations League in 2020.

Despite this, the German national team has the advantage in its four previous confrontations against Spain in the World Cup, where it achieved two victories, in exchange for a single victory for its opponent, while a draw imposed itself on a single match.

The German national team paid the price for its complacency and its stars raced to miss the easy opportunities they had in the face of Japan, in contrast to the Spanish national team, which showed its fangs early and sent a strongly worded message to its competitors about coming strong to win the title again, after its 2010 coronation in South Africa.

The Spain national team has many promising stars in its ranks, such as Pedri and Javi, who became the youngest Spanish player to score in the World Cup.

Jaffe, 18, has also become the youngest player to score in a World Cup match since Brazilian legend Pele in 1958.

And the German fans seem not optimistic about their country’s ability to achieve a positive result against Spain. In a poll conducted by the international company “You Goff”, which specializes in market research, on Friday, 45% of those surveyed revealed that coach Hansi Flick’s team will lose.

On the other hand, 13% predicted that the match would end in a draw, while only 11% expected Germany to win, while the remaining 30% did not provide any answer.

In addition, 55% of the fans confirmed that they will not watch the match despite being held on Sunday evening, while 33% plan to watch another show in the country.