These days, the fiber sand replaces the grass as a surface in Friends' arena. The German elite stepped onto the dressage track and showed why it dominates the sport. Swedish glory was spread by Patrik Kittel, who set a personal record in the grand prix with his Touchdown. - He is super sensitive, but cool in everything else, says Kittel to SVT. 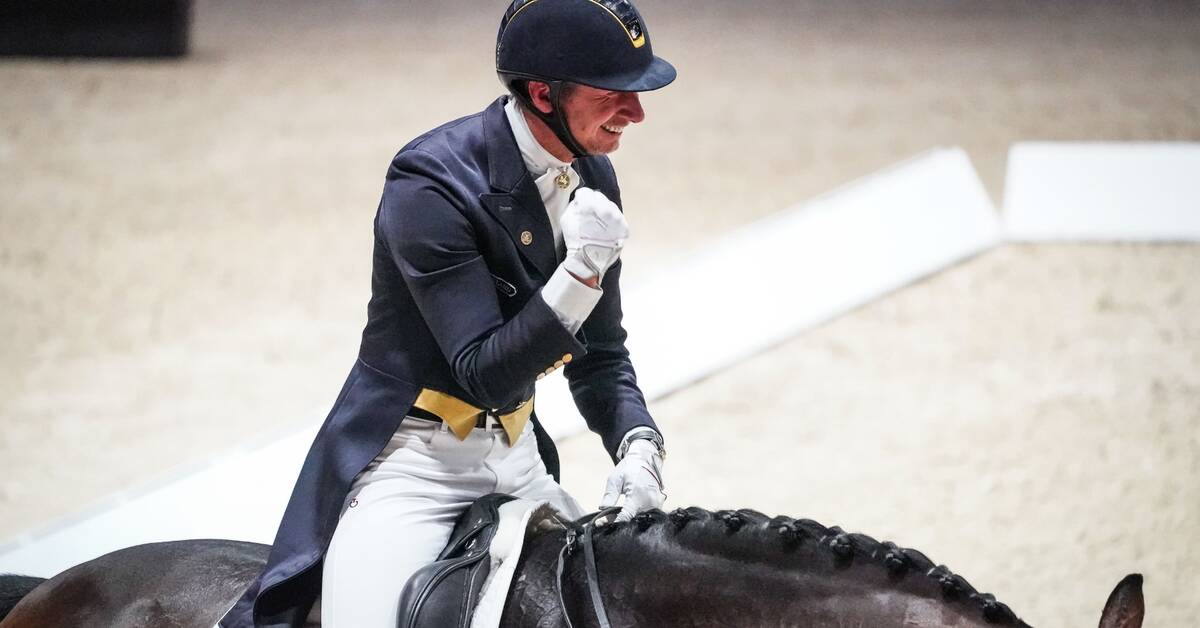 The Top 10 competition has a few years under its belt as a standing feature of the international horse show.

Kittel himself is behind it all.

Year after year, he succeeds - with the help of strong sponsors - in attracting the world's best riders to the national soccer arena in Solna.

So also this time.

If you want to have the best in place, invitations are sent to Germany and Denmark.

"Can not get any better"

- There can't be a better crew than the ones we have here.

We really get to see the world elite in place.

The competition has championship status and it is absolutely important that we have it in Sweden.

- It inspires the riders out in the country who are doing it, everything from riding school students to the elite, says the national dressage team's national team captain Bo Jenå to SVT.

Jessica von Bredow-Werndl has won almost everything that can be won, and we're talking about the Olympics, WC, EC and the World Cup.

At Dalera, she excelled and easily won the five-star GP event.

The German triple fixed Werndl with 78.348 on Famoso.

The home crowd got theirs.

The team Patrik Kittel and Touchdown go from strength to strength.

77.892 was close to breaking the 78 percent barrier, but was still enough for a personal best on the ten-year-old gelding.

- He is developing all the time.

The audience is applauding, but he is so content and happy to be there.

He's super sensitive, but cool in everything else.

"Worse than the Olympics"

- It's worse than the Olympics.

Fuck how nervous you get, but it's also lovely, says Kittel to SVT.

Clearly under what the crew has capacity for.

The horse released the bite and then it became difficult for Nilshagen to make contact with his partner.

The Dane Andreas Helgstrand was excluded after the horse Queenpark's Wendy started bleeding from the mouth.

The likely explanation was that the horse bit its tongue.

Top 10 dressage continues tomorrow with the küren, the free program.