Ebba Andersson: "Will be another exciting moment"

Ebba Andersson steps into the World Cup as one of the big favourites. Without Therese Johaug in the tracks, it is a new reality on the women's side. - There will be another tense moment now, Andersson says to SVT Sport. 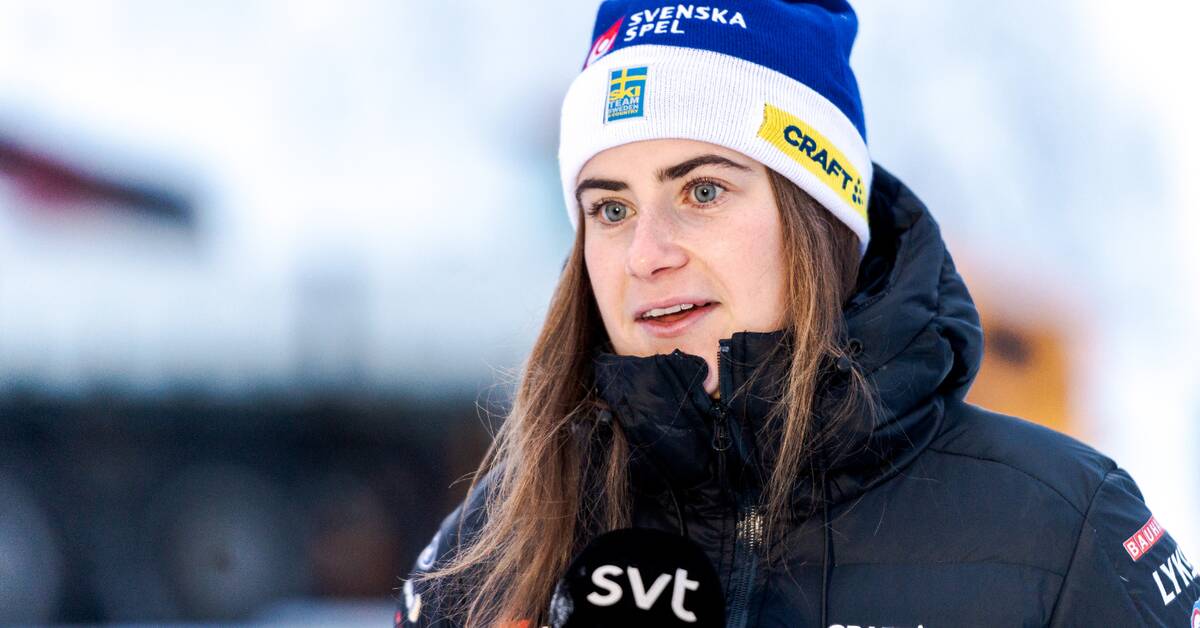 Ebba Andersson showed good form a week ago when she took double victories in the Swedish premiere in Bruksvallarna.

It gives increased self-confidence before the World Cup premiere in Finnish Ruka, but is no guarantee of fast skating, she says.

- It provides security in that I know that the basic form seems to be in place, but you are still not completely sure what to expect, it is still about daily form, says Andersson.

"Lose the one who was a favorite"

Norwegian giant Therese Johaug, who put her skis on the shelf after last season, is missing in Ruka.

Something that will affect the riders.

- What changes above all is that we lose a very strong competitor, the one who was the favorite before every distance race and one who set the highest speed from the start.

There will be another moment of tension now that Therese is standing by.

From the Norwegian side, Ebba Andersson and Frida Karlsson are now being painted as the new dominants.

- I feel that there are a lot of girls from many different nations who are certainly eager to settle for the top positions already this weekend.

Even if Therese is missing, there are a lot of challenges for yourself out there on the trail.

Trained with the boys

This weekend there will be a 10 kilometer classic on Saturday and a 20 kilometer hunting start on Sunday.

Ebba Andersson has had a good pre-season ahead of the upcoming season, and hopes it will pay dividends down the track.

- The only thing I was allowed to parry was a knee at the end of the summer.

I had to adjust the layout a bit, but not so much that I had to compromise on quality.

The fact that strong skaters such as Frida Karlsson and Maja Dahlqvist have been missing from the Swedish team has not affected much.

But a few times she has instead trained with the boys.

- I have tried to carry out what I have to do as well as possible.

At some point I've been leaning more towards the guys and the pace they're keeping on certain sessions.

Otherwise, there has been good sparring and a good atmosphere in the women's team.