Author of a double against Denmark, Kylian Mbappé has already scored three goals in two matches during this 2022 World Cup. The striker is increasingly establishing himself as the figurehead of… 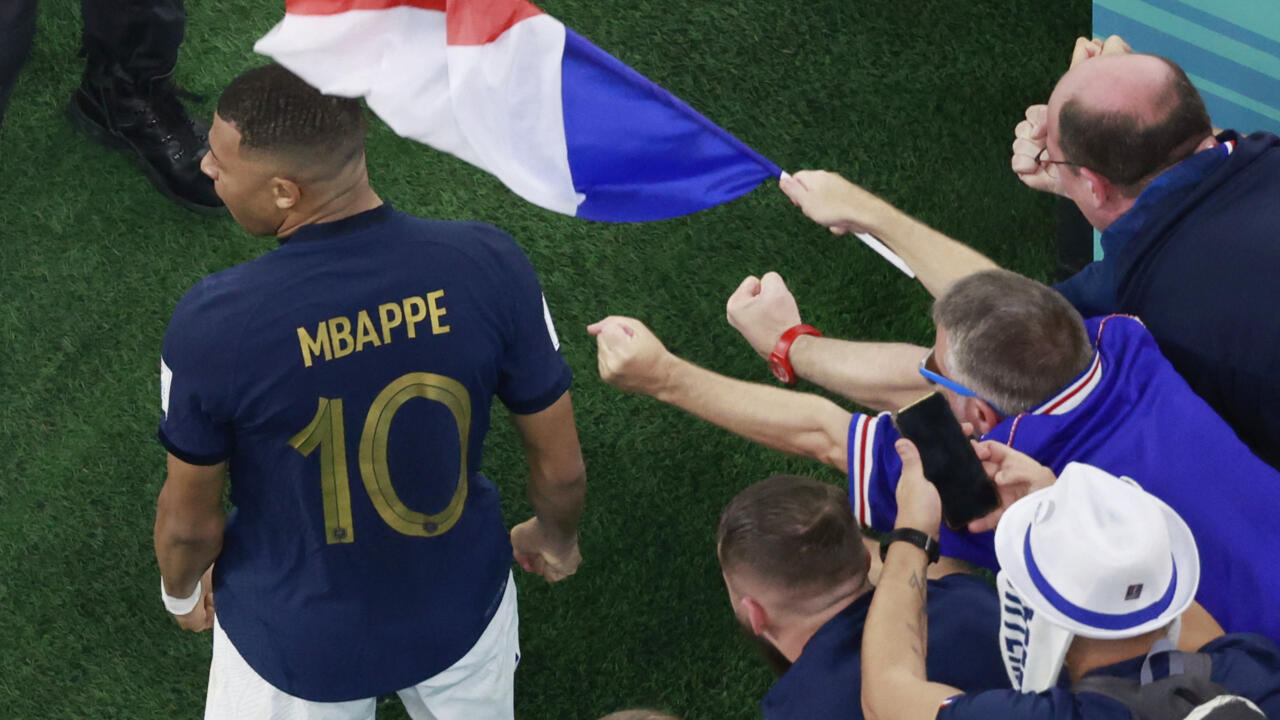 Striker Kylian Mbappé in front of supporters of the French football team, November 26 in Doha, during a 2022 World Cup match against Denmark.

Author of a double against Denmark, Kylian Mbappé has already scored three goals in two matches during this 2022 World Cup. The striker is establishing himself more and more as the figurehead of the France team.

The French team has and will need a very good Kylian.

Didier Deschamps, the coach of the Blues, could hardly escape questions about Mbappé after the 2-1 victory over Denmark in

Author of a double, the attacker was the man of the meeting.

He was decisive in the second period

He got stronger during this game.

I also believe that it equals 'Zizou'.

So I'm happy for him

To (re) read ► World Cup 2022: France beats Denmark and goes to eighth

With now 31 achievements in the selection, the Paris Saint-Germain player is indeed now 8th, tied with Zinedine Zidane, in the ranking of the top scorers in French history.

And he seems on track to catch up with the total of David Trezeguet, 6th with 34 goals.

We know we can count on Kylian.

There are other players who can make a difference up front.

But Kylian is a player apart.

It is up to us to find the right balance, to put it in good conditions but also that everyone is concerned

“Kylian Mbappé is an extraordinary player”

It is certainly thanks to a good relay with the side Lucas Hernandez, then to a millimeter center of the leader Antoine Griezmann that the superstar found the fault twice, against the Danes.

But this success, the young prodigy of 23 years caused it, on the two actions.

Kylian is an extraordinary player

He has this ability to be able to be decisive, to make differences, even if the adversaries make arrangements.

He was quite mistreated against Denmark.

But the fact of having other players around him, who also bring danger, allows him to be a little more liberated

Facing Tunisia on November 30, in a match with almost no stakes for the reigning world champions, will their new figurehead be spared?