The Uruguay national team started its football matches in the Qatar 2022 World Cup with a goalless draw against South Korea, Thursday, at the Education City Stadium in the capital, Doha, in the first round of Group H competitions. 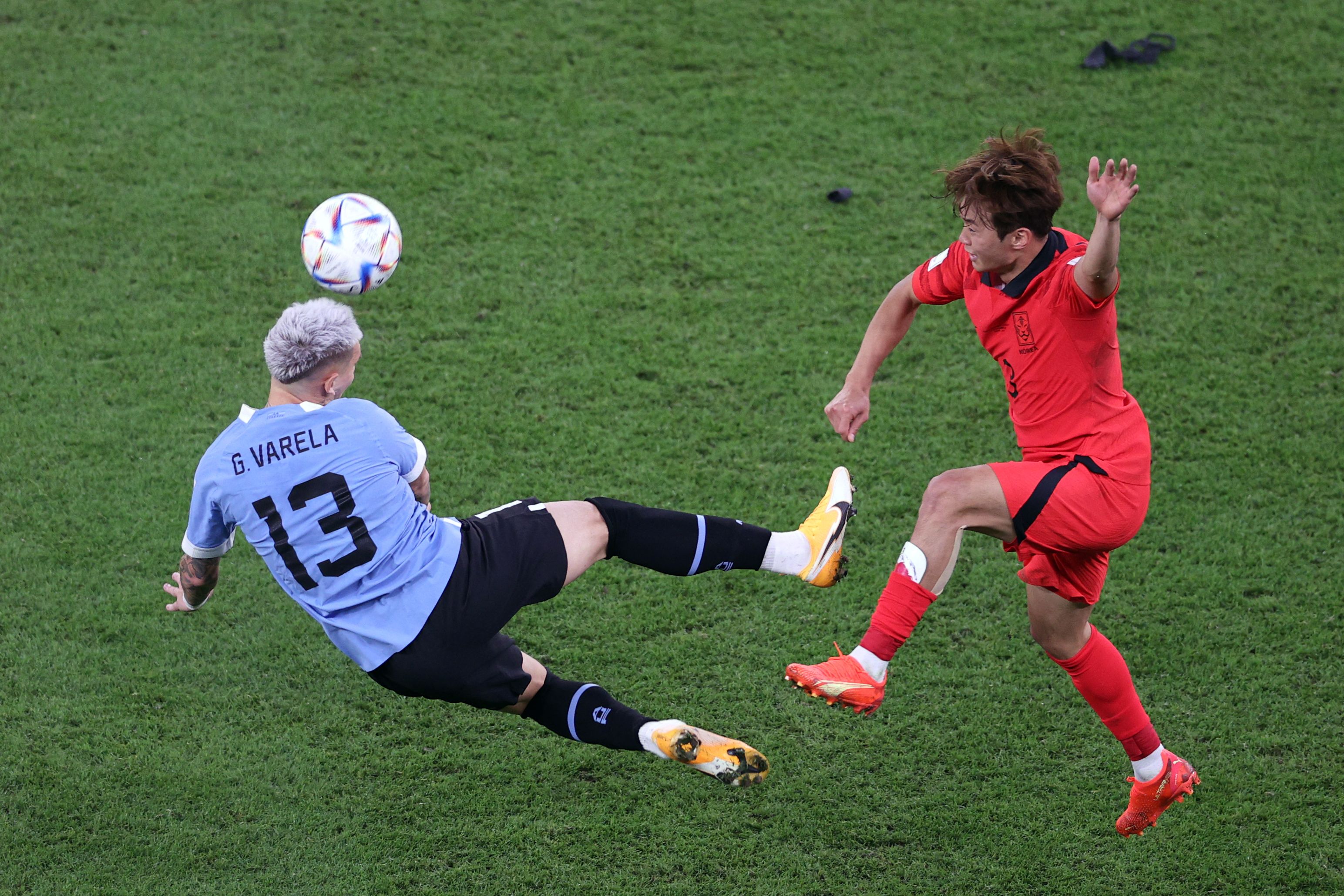 The Uruguay national team started its football matches in the Qatar 2022 World Cup with a goalless draw against South Korea, Thursday, at the Education City Stadium in the capital, Doha, in the first round of Group H competitions.

And the "La Celeste" team, which was blocked by the post twice, suffered from its defender Diego Godin (44) and midfielder Federico Valverde (89).

It is the fourteenth participation of the Uruguay national team, which won the world title twice in 1930 and 1950.

And later play in the same group Portugal against Ghana.

Diego Alonso, coach of "La Celeste", played the youth card in the attack, pushing the duo Darwin Nunes (23 years) and Facundo Pellestri (20) alongside veteran Luis Soares (35), while he decided to leave the other 35-year-old veteran, Edinson Cavani, on the bench.

And South Korea, under the supervision of its Portuguese coach Paulo Bento, in turn relied on a triple attack led by Tottenham Hotspur star Heung-Min Son.

"It was a good game from our side, and we were better in the first half," Bento said. "We had many moments where we controlled them."

He added, "After the end of the first half, we were not at our best. We suffered a little because Uruguay has players of high levels, but we also performed well in this situation and did not suffer much."

As for his Uruguayan counterpart, Alonso, he said, "It was a good and difficult match with two competing teams."

And he added, "We suffered during the first half, especially the first 20 minutes. We could not take the ball away from them. But it was good that we were able to adapt after that and dominated the second half."

Korea failed to translate its possession of the ball by 57 percent 12 minutes after the start whistle into the lead goal, before wasting the most dangerous opportunity in the first half after an accurate ground pass from Moon-Hwan Kim inside the area, which was carelessly hit by the right-footed Greek Olympiacos striker Ui-Jo. Huang over the goal (34).

And the left post saved South Korean goalkeeper Seong-Gyu Kim from a goal scored by veteran defender Diego Godin (36 years), who rose above everyone else to follow Federico Valverde’s corner (44).

Nunes penetrated the Korean penalty area, but his ground pass found the goalkeeper on the lookout (64), while the Uruguayan coach was making his first substitution by taking out Soares and inserting Cavani, who exchanged a ball with Nunes to shoot the latter into the side of the Korean goal (81), before blocking the left post once. New great shot from 25 meters to Valverde (89).

The curse of not winning the Uruguay national team at the start of its matches in the World Cup, as it only scored the three points once in its last eight participations, was at the expense of Egypt (1-0) in Russia 2018, compared to 4 draws and 3 defeats.

Uruguay reached the World Cup in Qatar from third place in the joint group qualifiers in the South American continent, with 28 points, behind Brazil (45) and Argentina (39).

On the other hand, South Korea ranked second in its group behind Iran in the third round of the Asian continent.

The two teams met for the third time in the World Cup finals, where Uruguay excelled in the previous two matches with two victories in the group stage in 1990 (1-0), and the final price in the 2010 edition (2-1).