Neymar sings, laughs and jumps. In training, he doesn't want to put himself in the center of the rondo. What's with having to chase the ball like he's a rabbit? His companions... 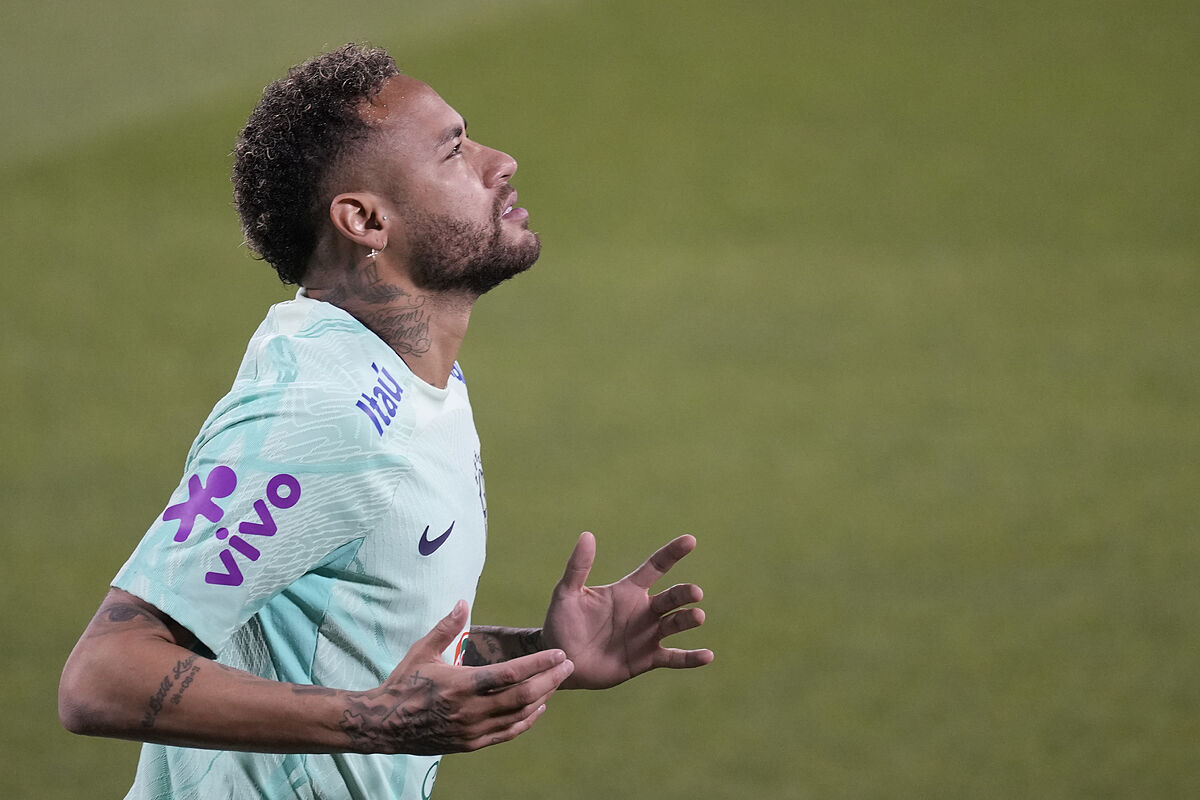 In training, he doesn't want to put himself in the center of the rondo.

What's with having to chase the ball like he's a rabbit?

His companions make fun of him, although without malice.

They also sing, laugh and jump.

, went into a hole as a child to see what was happening behind the mirror.

He is already 30 years old.

He has given him time to wax and wane, at Barcelona, ​​at PSG and in the Brazilian team, converting

his life, sporty and private, in a still irresolvable chaos.

In Qatar I may have the last chance to make sense of it all.

Because Neymar, when he signed for Barcelona in 2013, was told that he would end up winning the Ballon d'Or. He has not succeeded.

He was never more than

, at PSG he had to face the egotistical flowering of

, and in the last Ballon d'Or list his name did not even appear.

, but the five-time champion Brazil has not won the World Cup since that year 2002. Neymar, in fact, only has two conquests with the Seleçao: a Confederations Cup in 2013, and Olympic gold at the national event in 2016. They told him he could watch from same height at

But he will have to settle, and it is not a small thing, with surpassing his goalscoring figure with the national team (with 75 goals, he is two goals behind O Rei).

, a team that in the qualifying phase already sent Portugal to the playoffs.

But in the Lusail vessel no one will attract more attention than that Neymar who has spent months plotting the success that he has been condemned since he dazzled with his dental braces at Santos.

His start to the season with PSG has been amazing, with 15 goals and 12 assists in 20 games.

And in Brazil, with a

that has given him total freedom on the attack front, and with a battery of offensive allies that overwhelms (

Although the last game that Brazil lost was not just any game, the Copa América final against Messi's Argentina in the Maracana.

So, Tite's mix was also a favourite.

Although, seen in perspective, this World Cup does not have much to do with the other two played by Neymar.

he fractured his third lumbar vertebra and kept him from one of the great humiliations in the history of the World Cups, the 7-1 defeat against Germany in the semifinals.

"That week was very bad for me, I cried a lot and asked myself why many times. I was about to end up in a wheelchair," she said.

She sat in one of them in Teresópolis, but got up as if she had gone on a pilgrimage to Fatima.

In the 2018 World Cup, the quarterfinals were also his frontier.

In that Russian tournament in which he was reproached over and over again for his theatrics in the falls, he ended up desperate against Belgium after seeing how

, in minute 90, made one of the saves of his life and confirmed the elimination of the

, who reigned in the 1994 World Cup in the United States, wrote a letter to Neymar this week in The Players Tribune.

"This is the moment that separates the boy from the man. No one deserves to bring home the sixth title but you. I trust you. Or rather, Brazil trusts you."

At least, both are already related by political colors.

"Hey, Neymar, now you will have to declare!", the supporters of Neymar yelled at the forward

after winning the presidential elections.

Neymar had spent weeks campaigning for the far-right

His favorite politician never tickled him because of his tax problems.

And the rhythm of his life, with his gang of

as protectors and cheerleaders, it keeps you away from the social problems of your country.

"With Bolsonaro re-elected and Brazil champion, everyone will be happy," Neymar cried.

His first wish has already been cut short.

The second, he will have to fight it.