Mondial-2022: Jude Bellingham, the English prodigy who is bluffing the football planet

A major player in the English masterclass against Iran on November 21, the young midfielder Jude Bellingham, a phenomenon of precocity, should once again make his mark against the United States,… 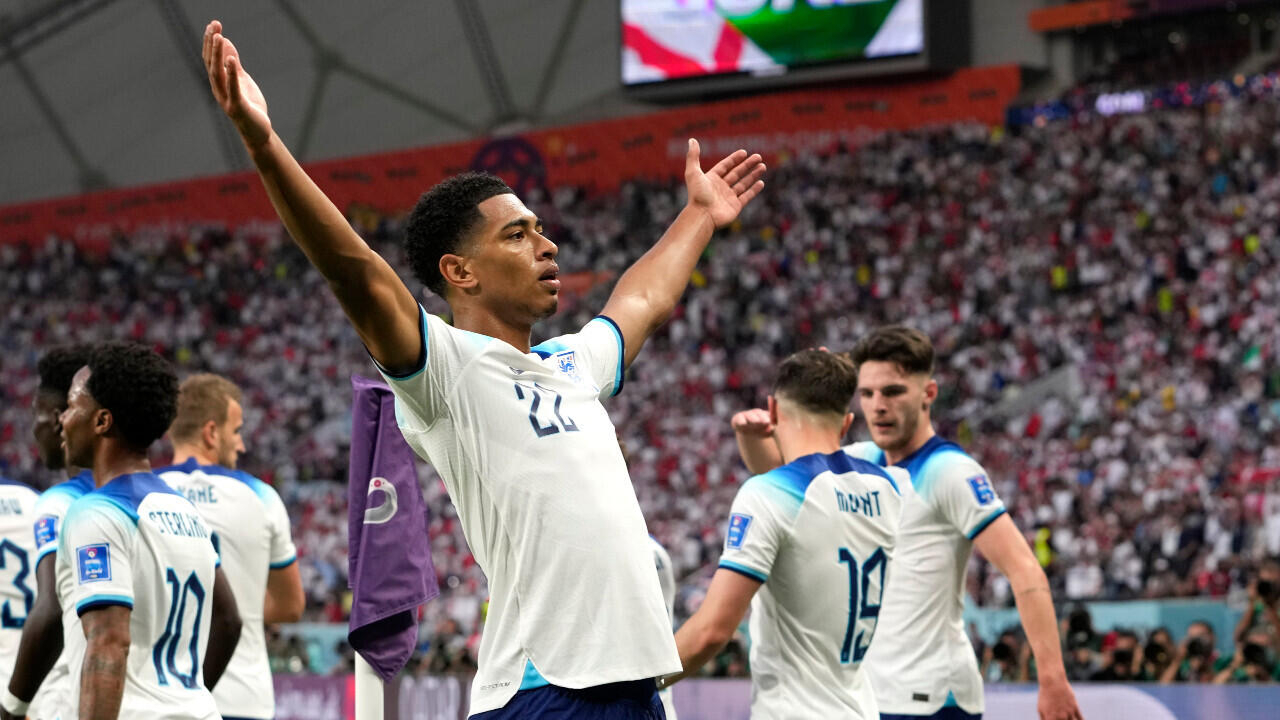 While the World Cup is in full swing in Qatar, the first matches played have already delivered some lessons.

Unsurprisingly, among the revelations of the competition, we find in the first row the Englishman Jude Bellingham, who burst the screen during the victory without appeal of the Three Lions against Iran (6-2), on November 21 in Doha.

At 19, he is one of the most beautiful promises in European football and already has 18 selections with England.

Revealed in Birmingham City, in the Championship (the equivalent of League 2), during the 2019-2020 season, Jude Bellingham never ceases to dazzle observers charmed by his enormous potential.

A player coveted by the greats of Europe

A phenomenon of precocity, the midfielder leaves England in 2020, after only one season as a professional, to join, at 17, Borussia Dortmund, the cador of the Bundesliga, renowned for giving young players a chance.

Jude Bellingham will not have to regret his choice, nor will the German club, when he invested 25 million euros for the transfer of the English nugget, which remains very coveted.

While the player impresses in Germany – 9 goals (including 4 in the Champions League) and 3 assists in 22 matches this season – while continuing to hatch, his value is now around 100 million euros according to the specialized site Transfermarkt .Fr.

A price that could increase further, if Jude Bellingham continues to shine during this World Cup.

According to the Bild newspaper, the English international will leave Borussia during the next summer transfer window for 150 million euros and perhaps take over the management of Manchester City, when his contract expires in 2025.

In the meantime, on the field, the young prodigy plays football with disconcerting maturity.

Even if he was sometimes at the limit of commitment on Monday, he disgusted his Iranian opponents.

Technically comfortable and physically powerful, he wandered throughout the match and on all fronts, excelling in recovering the ball and even at the finish, since he scored his team's first goal in a perfectly placed header.

His first in selection.

Coach Gareth Southgate, who did not hesitate to trust Jude Bellingham very early on by calling him to the national team at 17, in November 2020, seems to give great freedom of action to his charismatic player.

In his "Vibe with Five" podcast, Rio Ferdinand, a legendary former Manchester United defender and now a consultant for the British media, sees him as the future captain of the England team.

“This kid, the way he behaves and presents himself, could be captain right now.

[...] Great midfielders have played for England, at the time of our generation [Rio Ferdinand is 44 years old, editor's note].

None of these guys were doing what Jude Bellingham gets to do at his age on the world stage.

Semi-finalist of the last World Cup in 2018 and unfortunate finalist at Eurotwo years later, England may have found the missing link in their team to add a new title to their list... 56 years after their victory, at home in the 1966 World Cup.