Liux Animal: will this electric, Spanish and biosustainable car be a reality?

The presentation of the Liux Animal in Madrid, days ago, was somewhat reminiscent of the Tesla and Elon Musk events. Two young Spanish entrepreneurs on the edge of a stage, with... 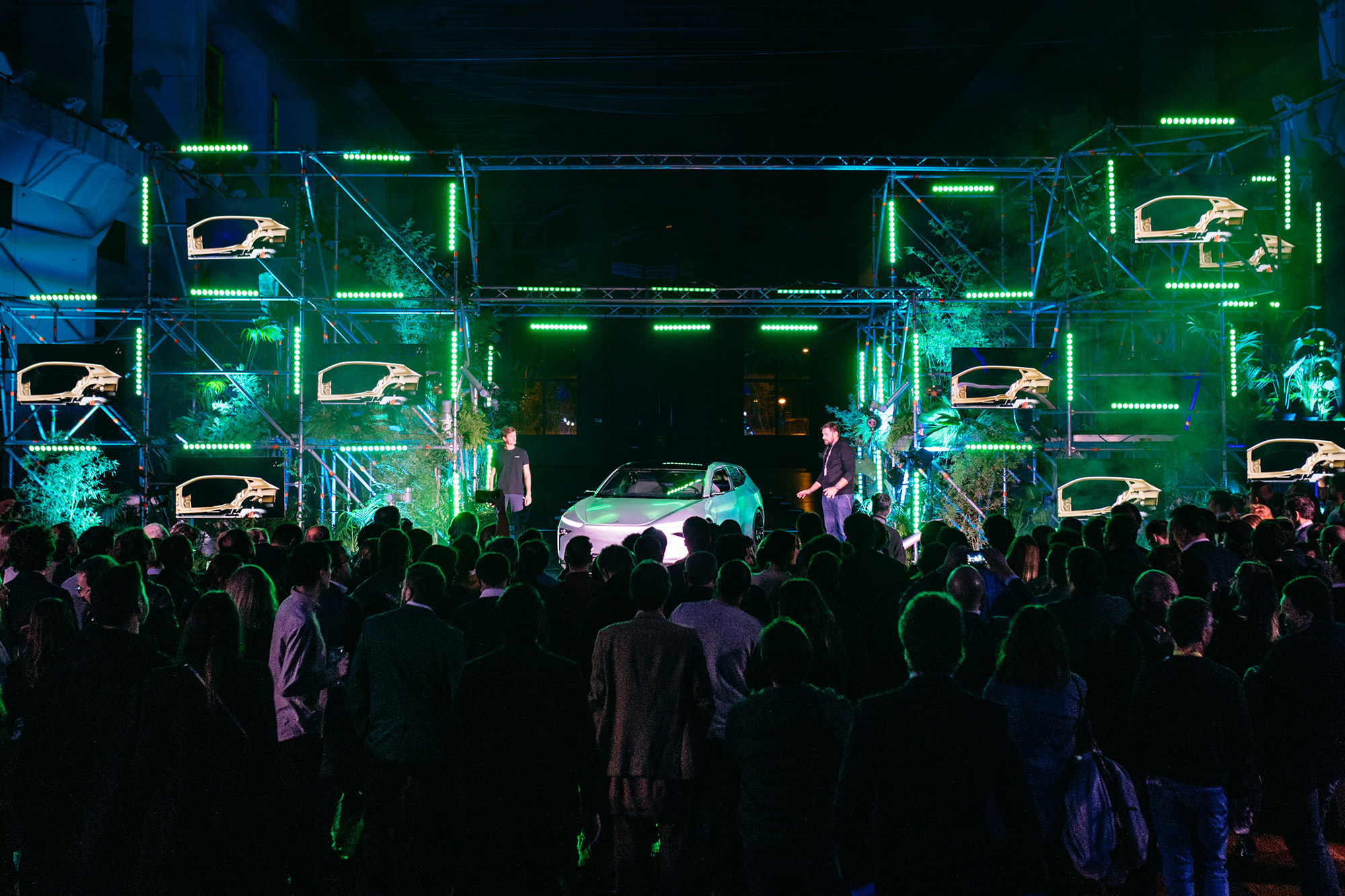 The presentation of the Liux Animal in Madrid, days ago,

was somewhat reminiscent of the Tesla and Elon Musk events.

Two young Spanish entrepreneurs on the edge of a stage,

with several hundred people constantly applauding their speech about the genesis of the project and their plans for the future.

As a final touch, of course, revealing the car and a new message of optimism.

Anyone who likes can now make a reservation for the car, for the modest amount of 200 euros, refundable if the adventure does not come to fruition.

And those who still want to go further can consider investing in the company, which was the main objective of the event.

Based in Santa Pola

The two young entrepreneurs are Antonio Espinosa de los Monteros and David Sancho, the latter already with an important notch in his career: the

development of the Boreal, a hybrid supercar with 1,000 horsepower that was unveiled in 2017,

although it never came to fruition.

Both lead a multidisciplinary team of 20 people, based in Santa Pola (Alicante), and with infinite ambition.

Because this is the only way to describe your project, which

started in 2021 with a scant two million euros of financing and the advice of an executive with as much experience in the automotive world as Ramón Paredes,

Seat's main lobbyist for years, if we are told allows expression.

And it is that, if in the automobile world it is normal to talk about hundreds or billions of investments and years of work in the development and manufacture of a new car,

in Liux they want the first units of the Animal to be in the hands of their customers in 2024. And in five years, it will already be manufacturing 50,000 cars.

Innovative in materials and construction

The car itself, of which only one unit has been built with the interior to be defined, promises to revolutionize the industry.

Not so much because of its original

4.65 meter long body and shooting brake format, or because it is a 100% electric model,

but because of the techniques and strategies applied to its construction.

They begin by resorting to

3D printing for the production of molds

and body parts, which would reduce manufacturing times, energy consumption and CO2 emissions by 70%.

In addition, the materials used in a large part of the vehicle (up to 70%, they say) would be

biosustainable, based on fibers and natural resins with a special role for linen, which allows the weight to be reduced by around 200 kilos

without losing rigidity or compromising the stability of the vehicle.

Thirdly, the use of simple components that are easy to assemble, disassemble, repair and/or recycle, makes it possible to reduce parts and materials by 25% compared to a traditional car.

makes it easy to remove, replace, reuse, recycle or expand as needed.

Not exchanging one battery for another when it runs out as has been proposed on some occasions.

On the Liux website you can already reserve the car.

The basic termination is the so-called

Habitat, always associated with a 190 CV engine with which the Animal reaches a top speed of 180 km.

In addition, it will incorporate a more sporty setting at the level of suspension, brakes or traction control, apart from color, wheels and a personalized interior.

Liux does not offer more information about these elements.

Then, any of these two terminations can be combined with the simple battery pack

(with two modules, each of 23 kWh) to achieve a range of about 300 km (it is not specified under which protocol);

or with the extended one, with four modules and a range of 600 km.

In all cases, the traction is front.

In the car that was exhibited in Madrid, the rear doors were of the suicide type (they open upside down) and the exterior rearview mirrors gave way to two cameras, in the style of those that the Audi e-tron SUV debuted, but which can also carry the Honda e (a most exclusive utility).

Whether due to the constructive complication, or more directly due to the impact on the price, none of these elements will make it to the series.

And it is that the announced rates will not allow it: the basic model (small battery Habitat)

Meanwhile, the most expensive Liux Animal (Wild with 600 km of range)

Antonio Espinosa de los Monteros, one of the founders of Liux

Although the great doubts that the project arouses refer to the execution deadlines and the available funds.

From the company they point out that they intend to reach a new round of financing of 15 million euros,

but it is not yet known who will be the supplier of the batteries (the key and most expensive element in an electric car).

And neither where it will be produced.

The goal is for the mother factory to be in our country, but the first units could be assembled in an external plant already in operation.

In any case, if you want to have a factory ready by the middle of the decade, the project would have to be practically decided.

Or count, all of a sudden, with billions of euros.

David Sancho, the other architect of the project