Karl-Erik Nilsson: Sweden has tried to find a counter-candidate to Gianni Infantino

Lise Klaveness revealed yesterday that Norway tried to find a counter-candidate to Gianni Infantino. But they have not been alone. The chairman of the Swedish Football Association, Karl-Erik Nilsson, reveals that Sweden has been working on the same thing. - But the challenge is that Gianni Infantino has extremely strong support in the rest of the football world, he says. 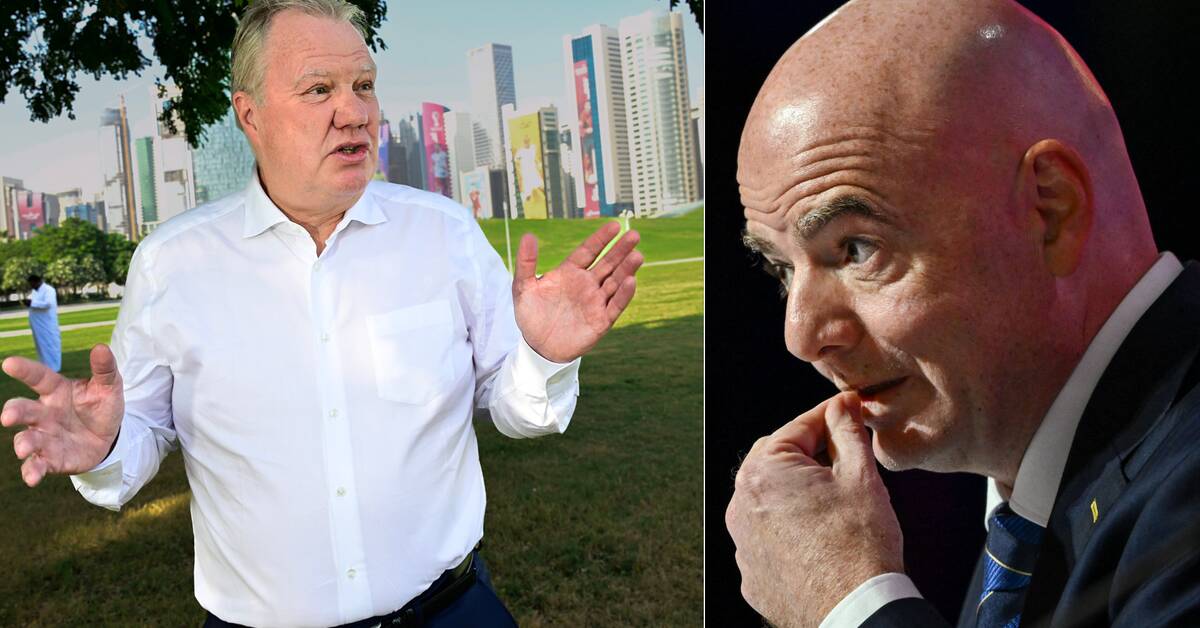 There has been quite a storm surrounding Fifa's chairman Gianni Infantino in recent times, not least after Fifa banned seven European national teams from wearing a captain's armband with the text "One Love".

Norway and Denmark have been the sharpest in the criticism.

The president of the Norwegian Football Association, Lise Klaveness, even said yesterday that they in Norway tried to get a counter-candidate ahead of the spring presidential election.

- We in the NFF (Norwegian Football Association) have made many attempts to talk to others who could have been opposing candidates, but who did not want to, she said to NRK.

Now SVT Sport can tell you that the Swedish Football Association also tried the same thing, together with other European countries.

- In recent years, Europe has tried to see if we can find someone.

Possibly South America could have an ambition to join hands with us.

But with the ten countries, we will still be no more than 65 out of 211 countries.

The challenge is that Gianni Infantino has extremely strong support in the rest of the football world, says Nilsson, and adds:

- So there is simply no European who has been particularly interested in running as one knows that there is no possibility of winning.

"Must make an effort"

But Karl-Erik Nilsson says that recent events and protests provide an even stronger incentive to try to find someone who can push Infantino to the next presidential election, which will take place in 2027.

- It signals for the future that you really have to make an effort to create new alliances, so that we can secure a different type of leadership.

But for the next four years, regardless of what we think in Europe, it will be Infantino because he has the support of a majority of the football world's confederations, says Karl-Erik Nilsson, who does not believe that the increased protests against Infantino in recent days will do anyone difference:

- No, unfortunately I don't think so.

There are still far too few.

The countries that are affected in the World Cup are seven, and if we add in Western Europe, for example, Sweden and Norway, there are still no more than a dozen that are strong in their criticism.

So there is still a very, very long way to go.