Young England excited after Iran's historic rebellion against their government

On the afternoon when the beardless Jude Bellingham (19 years old) and Bukayo Saka (21) presented the English candidacy to win the World Cup in Qatar in Doha, the Iranian team... 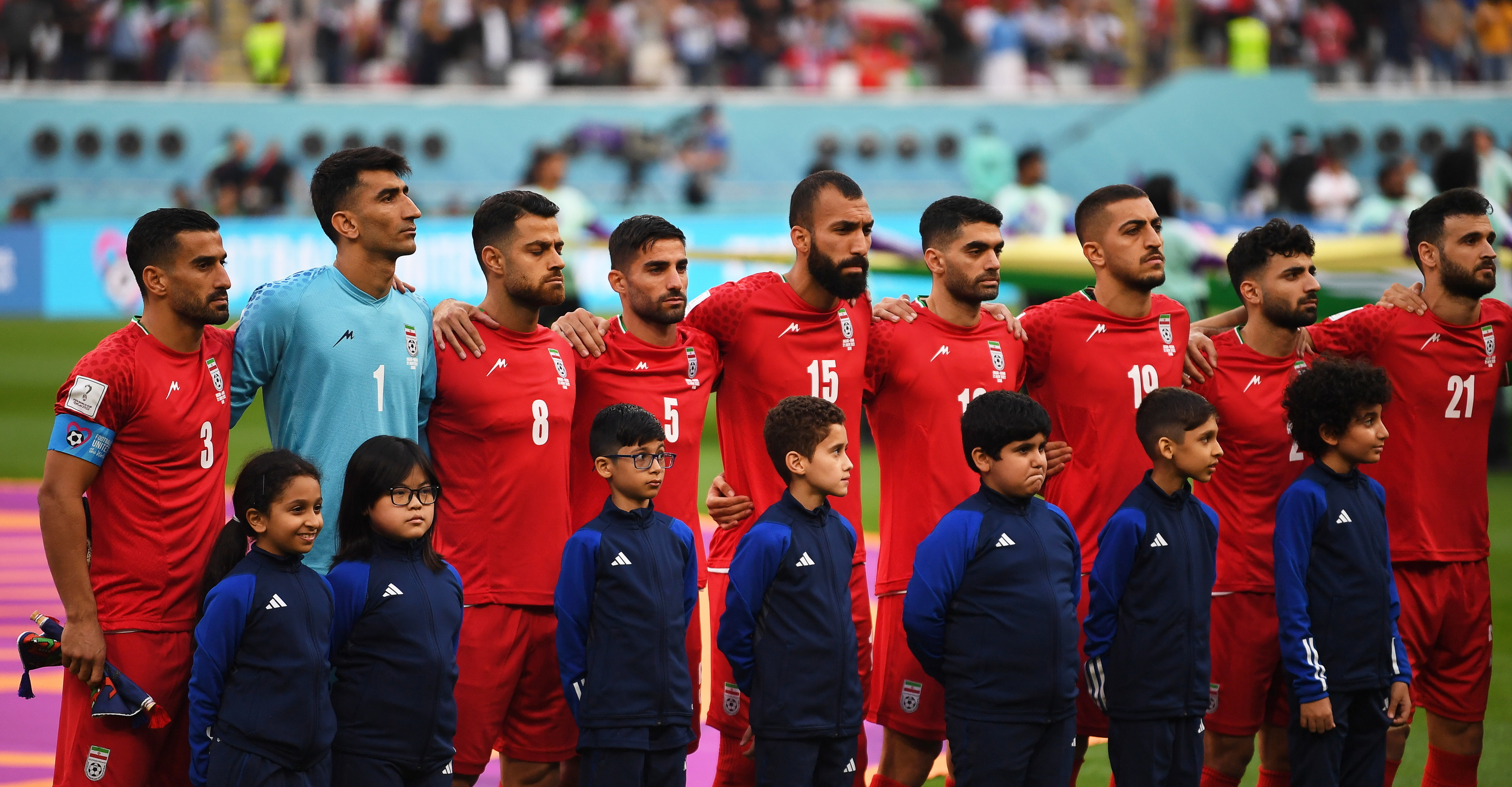 On the afternoon when the beardless

(21) presented the English candidacy to win the World Cup in Qatar in Doha, the Iranian team carried out a protest action that will leave its mark on time .

Iranian footballers, despite the threatening control exerted by the Islamic Republic of

, refused to sing the national anthem at Khalifa Stadium.

The players, on one of the most important days of their careers, rejected fear.

With closed lips and a serious gesture, they supported all those protesters who have been mercilessly repressed for weeks in Iran after the death of

, whose sin was wearing the veil poorly.

The English footballers also wanted to record their rebellion, this one failed and put down by FIFA and the Qatari theocracy.

After the highest soccer body threatened those who wore the bracelet for LGTBIQ+ rights with disciplinary sanctions (a yellow for the captain), the federations involved chose to lower their heads.

The English players, with

at the helm, at least, showed their annoyance by taking a knee before the referee signaled the start of the game.

The return to life of Van Gaal, who alternated training with chemotherapy sessions

The return to life of Van Gaal, who alternated training with chemotherapy sessions

Such an emotional storm entangled a match that England, once they calmed down, made their own in one breath.

to try to hide in their field.

Such is the offensive talent and youthful impudence that

manages that there was no more waiting for everything to fall under its own weight.

It all happened, yes, after

He tried the meta to continue, as if the cotton clogging the blood in his nose could remedy his evident dizziness.

He ended up demanding the change without really knowing where he was.

to cross with his precious booty and

to finish off with his unapproachable head.

Other times, she was looking for Harry Kane so that he would open a corridor between the large Iranian defense.

But when they all found the imposing Bellingham, they could only enjoy.

led the way on the left.

And Bellingham, whose ability on arrival is akin to legends like

, reached into the heart of the box to raise his head and score his first England goal.

At 19 years and 145 days old, the Borussia Dortmund midfielder (and wanted by Real Madrid) became the second youngest English player to score in a World Cup, only behind that

who was later allowed by the feat win the Ballon d'Or.

Before reaching the intermission, England had already sentenced the game.

Saka, that young man who burst into tears in the last Eurocup final after failing in the penalty shootout against champion Italy, began to redeem himself by scoring 2-0.

The formula was well known: Trippier for the corner, Maguire in the continuation, and Saka for the shot.

, one of the guests in the box at Khalifa Stadium and whose face appears on any billboard in Doha, broke into a standing ovation as Sterling capped it 3-0.

The English tried to temporize in the second half, even more so after Saka got his second goal against the distance defense of four Iranian defenders.

But they had no choice but to cheer up after

closed the gap and Maguire had to retire due to injury.

Shaking up Southgate's bench to reinvigorate his team,

only needed a minute on the pitch to execute a beautiful cut and grab the net.

thought that he would be in charge of closing the duel already at sunset, and an empty door, after a pass from Wilson.

But there was still one last episode left thanks to the fact that the VAR detected a slight pull on Stones' shirt.

Taremi, who denied any smile, scored the penalty and that was where it could all end.

England, semifinalist in Russia 2008 and finalist in the last European Championship, has reason to be excited.

She has not won a World Cup since she won hers in 1966. She now has plenty of youth, talent and charisma.

Although curses don't understand those things.