On the second day of the World Cup in Qatar, England faced Iran. England showed off a powerful attack and won a complete victory over Iran. Reporter Lee Seong-hoon reports. 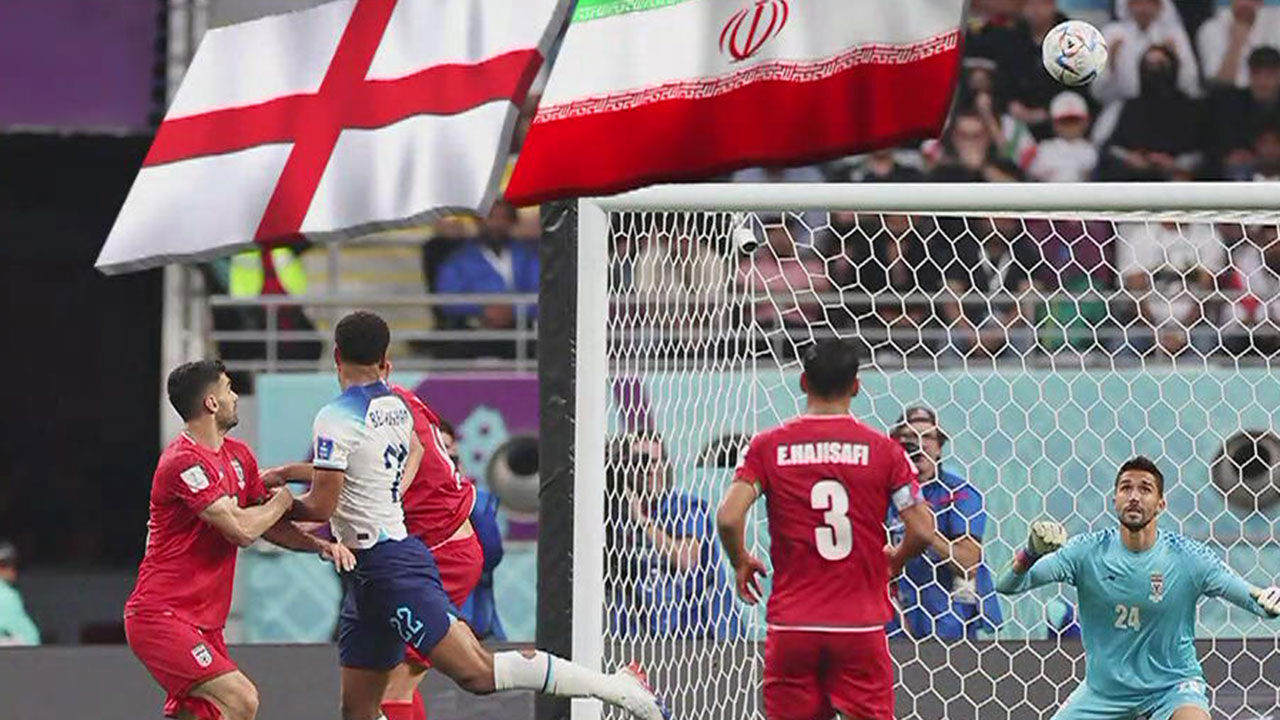 On the second day of the World Cup in Qatar, England and Iran played against each other.

England showed off a powerful attack and won a complete victory over Iran.

Before the game, the attention of soccer fans around the world was focused on the 'political message' of the two teams.

Iranian players refused to sing the national anthem before the game, sending a strong message of opposition to their government, which has been suppressing anti-government protests.

England captain Harry Kane wore FIFA-approved 'anti-discrimination' armbands instead of 'rainbow armbands' when pressured by FIFA to give him a warning, and players knelt before the game to protest Qatar's human rights abuses.

And with the opening whistle, England's goal feast unfolded.

A cross from the left by Luke Shaw was finished by 19-year-old Bellingham with a neat header.

In the 43rd minute of the first half, Maguire headed the ball and Saka put it into the net with a left-footed shot, and two minutes later, Harry Kane, a leading striker, passed the defender from the left, and Sterling scored the third goal with a wonderful volley. It exploded.

In the 17th minute of the second half, Saka created space in front of three defenders with a wonderful individual skill and scored his second goal with a left-footed shot.

England got off to a good start in their first title challenge in 56 years with a 6-2 victory.

Iran's flagship goal scorer, Taremi, scored two goals, but suffered the nightmare of conceding the most goals in 16 matches in World Cup history.