A broad victory, the last killer, the first tie and checkmate... The harvest of the second day of the Qatar World Cup 2022

The second day of the 2022 World Cup, which will be held in the State of Qatar, witnessed many important events, whether in terms of matches, or the statements of national team coaches and soccer stars. 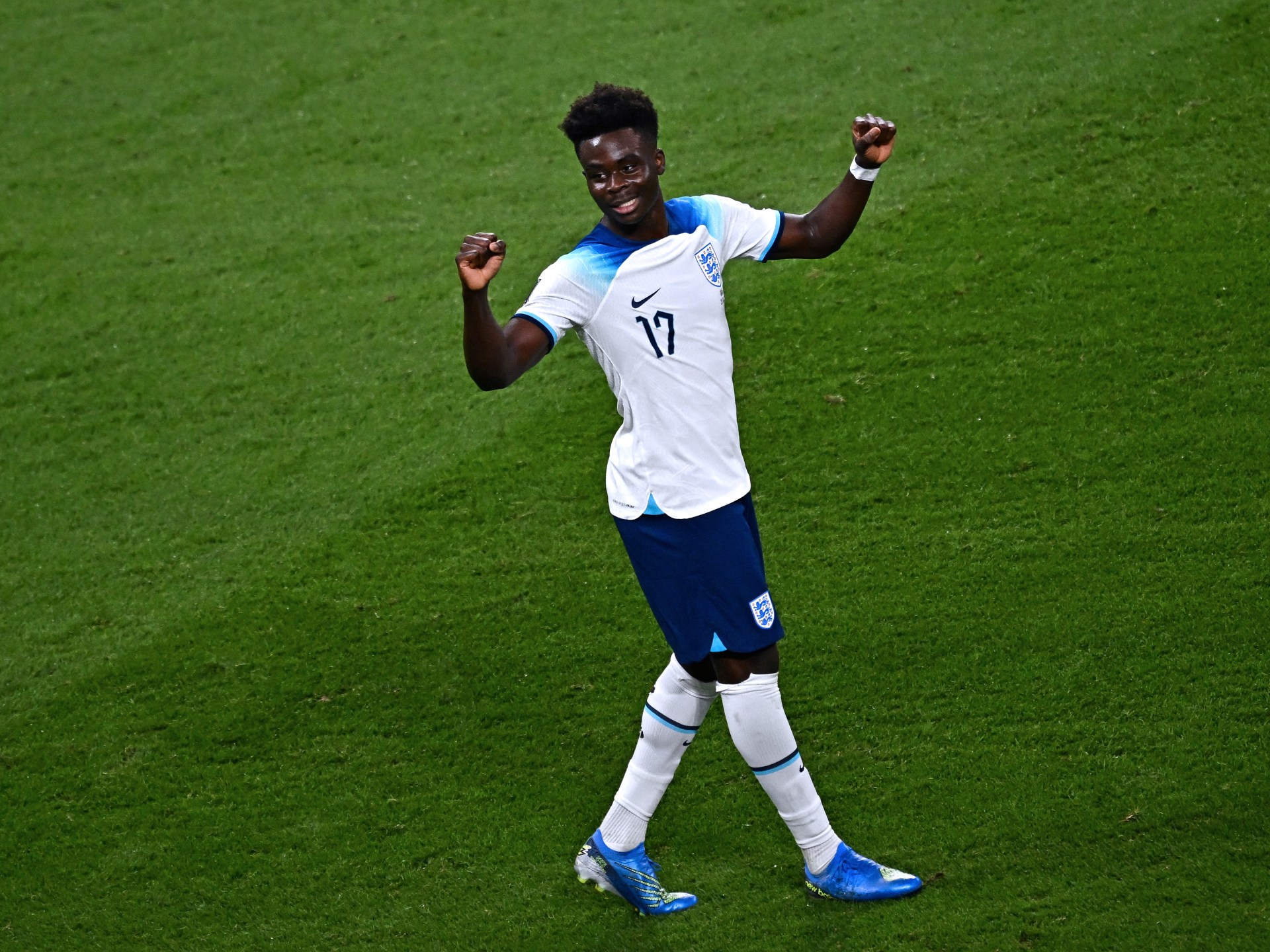 The second day of the 2022 World Cup, which will be held in the State of Qatar, witnessed many important events, whether in terms of matches, or the statements of national team coaches and soccer stars.

On Monday, November 21, 3 matches were held, two of which ended in victory, while the 22nd edition of the World Cup witnessed the first draw.

World stars Lionel Messi and Cristiano Ronaldo made statements that caught the attention of the media, as did the Japanese fans, who increased everyone's respect for their country.

In these lines, we highlight the most prominent and important events of the second day of the FIFA World Cup Qatar 2022.

The "Three Lions" team achieved its second largest victory in the World Cup, after the great victory over Iran, 6-2, at Khalifa International Stadium.

England begins its campaign in the FIFA World Cup Qatar 2022™ with a great victory over Iran.# Qatar 2022 |

The double of striker Mahdi Taremi did not provide or delay anything for the Iranians, but it somewhat underestimated the heavy defeat, which is the largest loss in Iran's World Cup history.

The match saw Iran's goalkeeper, Ali Reza Beiranvand, leave with an injury in the 19th minute, after a violent collision with one of his teammates.

Because of this injury, Brazilian referee Rafael Klaus calculated 14 minutes of lost allowance for the first half, which is the longest wasted time in the history of the World Cup finals, for the first session.

At Al-Thumama Stadium, Senegal stood as a strong match for its Dutch counterpart, but a clever cross ball was sent by Frenkie de Jong, the Barcelona midfield, at the head of Cody Jacobo, who sent it into the net 4 minutes before the end.

The Dutch took advantage of the African champions' rush to adjust, and scored a fatal second goal through Danny Klassen in the fourth minute after the ninetieth.

It can be said that this confrontation is the most matches of the World Cup in Qatar in terms of opportunities, clubs between two teams, and physical impulsiveness, and it was held at Ahmed bin Ali Stadium in Al-Rayyan.

In this match, Timothy Weah scored a historic goal, as he plays for the American national team, and he is the son of George Weah, President of Liberia, the former Italian AC Milan star, and the only African to be crowned with the Golden Ball award in 1995.

However, this goal was not enough to achieve victory, because Gareth Bale adjusted the two palms from the penalty mark, knowing that the Welsh international plays in the ranks of the Los Angeles FC team.

The captain of the Argentine national team renewed his statements, which he made last October, that the World Cup in Qatar will be his last, after his participation in 4 previous editions (2006-2010-2014-2018).

Messi said in the press conference for the match between Argentina and Saudi Arabia: "Certainly, the World Cup will be my last, my last chance to achieve this great dream that we all have."

After many days, during which the Argentine people tasted the bitterness of fear and anxiety over their first star, who had been absent from the "Tango" training more than once since his arrival in Qatar, Messi removed these fears.

And he stated at the same press conference: "I feel good physically, I am going through a very good time, both personally and physically. I have no problems. I trained separately because I took a hit (in the ankle), but it is a precautionary measure."

The Portuguese star touched on the advertisement that he had collected with his rival Messi, which they filmed for a luxury brand in the field of fashion and watches, and answered a question about his opinion on facing his rival in the FIFA World Cup Qatar 2022.

“The Don” said: “I do not want to say that directly, but I want to confront him, and this would be great. This happened in the game of chess, and if it happened in football, it would be very wonderful to tell him checkmate.”

Jalal Kadri, coach of the Tunisian national football team, praised the organizational aspects of the Qatar 2022 World Cup, expressing his great pride in what Qatar presented during the opening ceremony and beyond.

Al-Qadri said in a press conference: "We thank the organizing country. Yesterday we saw an organization at the highest level, which makes any Arab citizen feel proud of the value of the opening show and the organization."

He added, "Qatar gave a lesson to the whole world that Arab countries are able to be at the highest levels in terms of organization, and this was a source of pride for all of us. I would like to send a message of thanks to every Qatari and every Arab."

There is no "Israel" called Palestine

Lebanese fans were admired by the pioneers of social networking sites, after they refused to give a television interview to the Israeli Channel 12 correspondent.

Two young men withdrew from the interview after learning of the reporter's nationality, and one of them told him: "You are from Israel.. There is no Israel. Its name is Palestine, not Israel. Israel does not exist."

Japanese fans won the respect of the world again, after they cleaned the stands of Al-Bayt Stadium, after the end of the opening match of the Qatar World Cup.

Even though their national team had yet to play, these fans insisted on collecting the rubbish, saying, "We Japanese people don't leave rubbish behind, and we respect the place."

Something you did not see from the opening of the World Cup!

Followers interacted with a video documenting this behavior, which exceeded the million-view mark, and described the Japanese fans as an "upscale audience".

UEFA and European teams back down from supporting homosexuality

The European Football Association reversed its move to make the captains of European teams wear the captain's armband indicating support for "homosexuality", so that those teams would not be subject to penalties.

In a joint statement issued by “UEFA” and the European teams, it was confirmed that this step was taken for fear of imposing penalties on the players.