Swedish Emil Johansson fined for his protest in Beitostölen

Emil Johansson made a political protest in the Norwegian long-distance premiere. Now he is fined - without the right to appeal. - In some way, I feel that they have done something right, says Johansson to SVT Sport. 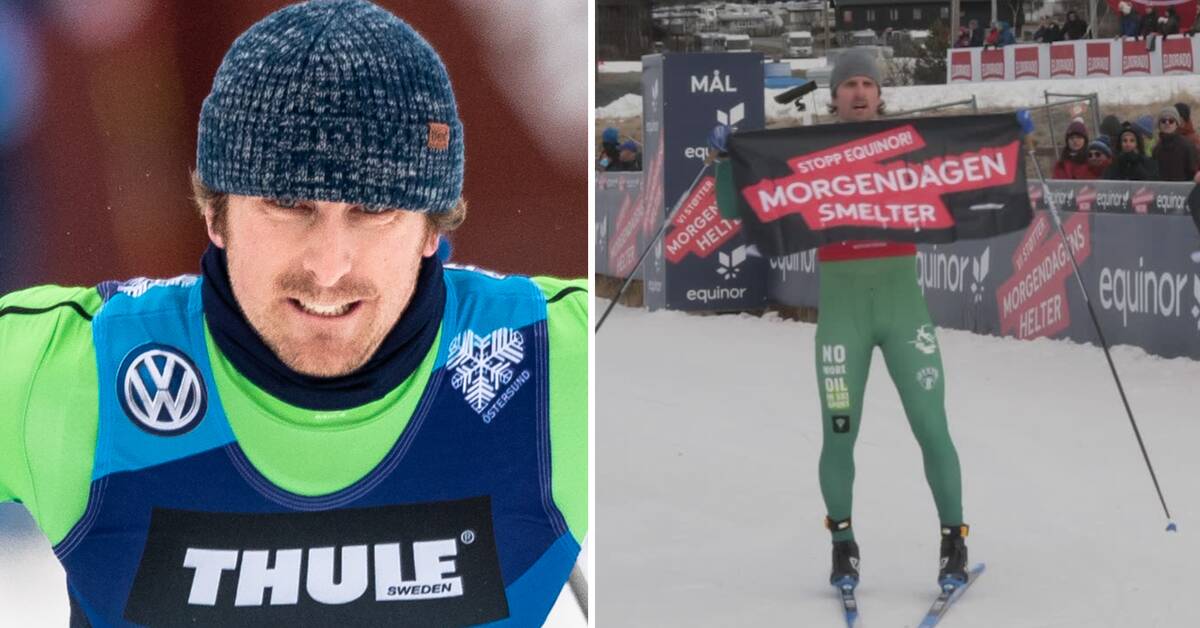 Two seasons ago, he ended the elite effort, a seventh place at the SM and six World Cup sprints.

This weekend was an expensive comeback for Emil Johansson, former World Cup sprinter.

He lined up in the sprint Norwegian premiere in Beitostölen, with a political message on the race suit, in collaboration with Greenpeace.

The Swedish Skiing Association is fined

When the Swede reached the finish line, he held up a sign with the text: "The future is melting", as a pun on the oil company's slogan "Heroes of the future".

According to the competition management, the ex-national team sprinter has broken three rules.

He had too large an advertising logo on his competition suit, delivered a political message and changed his number tag.

- I can think that there could be a penalty on me and someone at Equinor who runs greenwashing on the whole fucking stadium, to me it feels political that an oil company that destroys the world is visible everywhere, but legally, I lose there, says Johansson.

The race director: "Then the police intervened"

Race leader Torbjörn Broks Pettersen confirms that a fine by the International Ski Federation will be issued for the odd amount of 999 Swiss francs, approximately 11,680 Swedish kronor.

- It has to do with the rules regarding the appeal, then he has no opportunity to appeal, he says to SVT Sport.

- Somehow...I feel that they have done something right so that it is so provoked that they give a fine, and pathetically with 999 so that I cannot appeal (1000 francs is the limit), so that there will be no more commotion, and they (the competition management) were open to that, says Johansson.

Now the fine, issued by FIS, will land with the Swedish Ski Federation, and they in turn will have to claim the money from Johansson, SVT Sport learns.