Battle for a trophy, a throne and two tickets: the stakes of the Paris-Bercy Masters 1000

The Paris Masters 1000 which begins on Monday has a lot to offer: the last two tickets for the Masters and a sprint to the world number 1 spot between Carlos Alcaraz and Rafael Nadal refereed by defending champion Novak Djokovic. The prestigious trophy will be highly coveted this year. 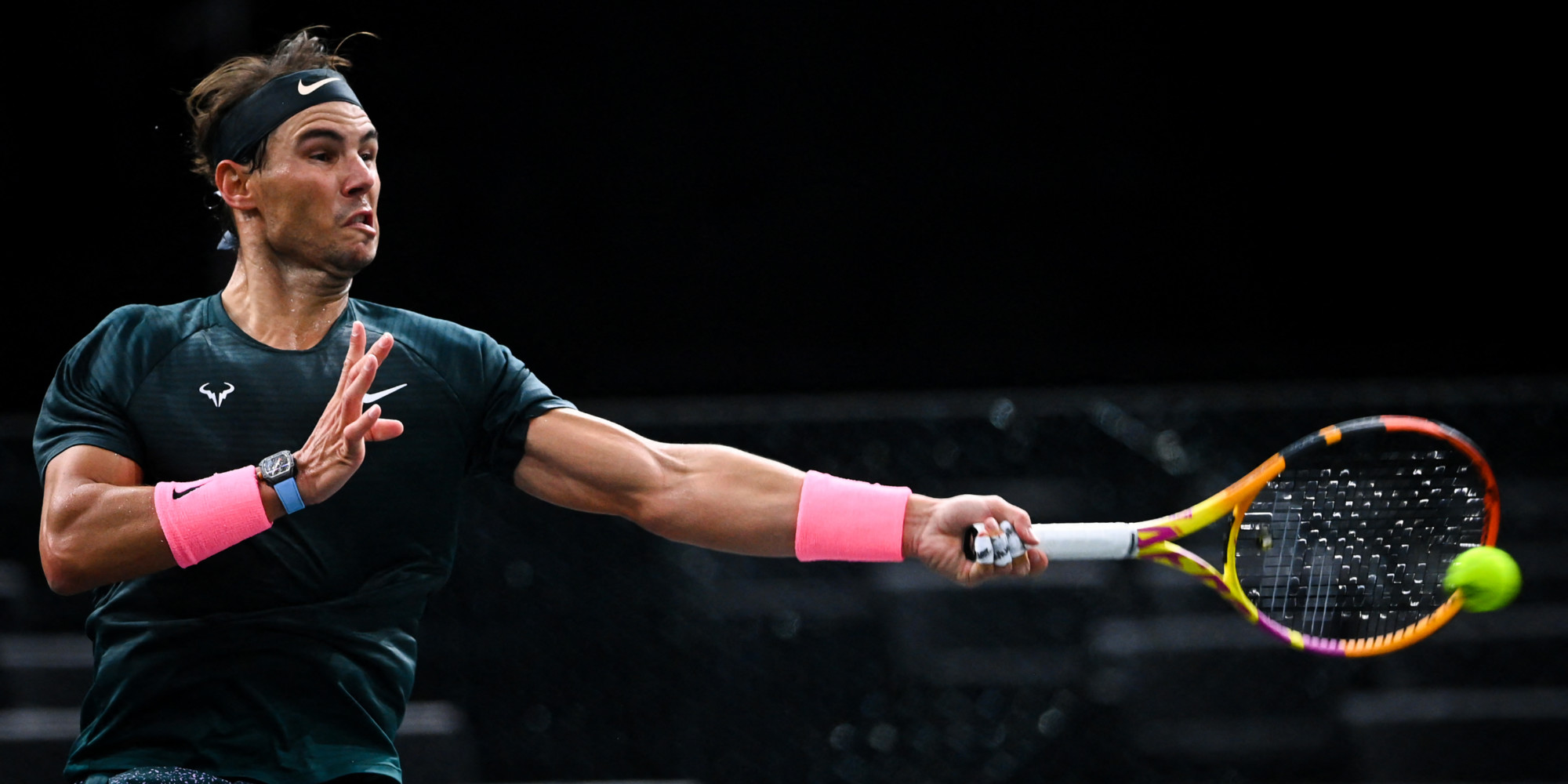 The Paris Masters 1000 which begins on Monday has a lot to offer: the last two tickets for the Masters and a sprint towards the world number 1 spot between Carlos Alcaraz and Rafael Nadal refereed by defending champion Novak Djokovic.

The prestigious trophy will be highly coveted this year.

A Spaniard chased the other in the tennis news during the year and the two meet for a grand finale, in Paris, for the Paris-Bercy Masters 1000: the eldest Rafael Nadal, winner of the Open of Australia and Roland-Garros, has in sight the throne of the youngest Carlos Alcaraz, winner of the US Open.

By winning in New York against the Norwegian Casper Ruud whom Nadal had beaten in the final at Roland-Garros, Alcaraz became at 19 the youngest world number 1 in the history of the ATP.

But the player with 22 Grand Slam titles is on his heels at the end of the season, with 920 points behind while there are two tournaments left: Paris then the Masters (November 13-20 in Turin).

- Paris-Bercy Masters 1000: Frenchman Gaël Monfils will not compete in the tournament

Nadal, who was injured at this time last year, has no points to defend as Alcaraz reached the round of 16 in Paris and failed to qualify for the year-end Masters.

But Nadal, who has not been at the top of the pyramid since February 2, 2020 and who has the opportunity, at 36, to finish a world number 1 season for the sixth time, usually struggles at the end of the season. : he was never titled at Bercy and never won the Masters.

However, as the director of the Parisian tournament Cédric Pioline points out, the Majorcan "has accustomed us to surprising ourselves".

The return of Djoko

He could find Djokovic, record holder of six titles at Bercy, in the semi-finals at the bottom of the table.

The Serb, whose season was turned upside down by his refusal of the anti-covid vaccine, begins the Masters 1000 in Paris in 7th place in the world.

Deprived of competition in the United States, he won the last three tournaments he played (Wimbledon in July, Tel Aviv in September and Astana in October).

In total, the Serb has won four of the nine tournaments played this season.

Still in the uncertainty of being able to participate in the next Australian Open (he received a three-year ban from entering Australian territory after being expelled from Melbourne in January due to his non-vaccination against Covid) , the Djoker wants to prove that he still has some tricks up his sleeve.

- Tennis: Novak Djokovic announces his withdrawal from the US Open, for lack of anti-covid vaccine

As often, the Paris Masters 1000 will allocate the last tickets for Turin where the Masters (or ATP finals) will take place from November 13 to 20, the closing tournament of the season which brings together the eight best players of the year.

Alcaraz, Nadal, Tsitsipas, Ruud and Medvedev are already qualified, as is Djokovic, only 10th in the Race (the instant ranking unlike the ATP ranking which is done on a year-over-year basis) but who only needed to be in the top 20 thanks to his major title at Wimbledon.

So there are still two places to take and there are still seven in the race: Andrey Rublev, Félix Auger-Aliassime, Taylor Fritz, Hubert Hurkacz, Pablo Carreño, Cameron Norrie and Jannik Sinner.

: Masters Paris-Bercy: Gilles Simon invited by the organizers for his farewell to tennis

Still suffering from a foot injury that has kept him away from the courts since August, Gaël Monfils gave up playing at Bercy at the last moment.

Gilles Simon will make his last appearance there as a player.

At 37, and after announcing in May that he would retire at the end of the season, the time has come.

"The draw has meant that he will have a prestigious opponent" in the first round in the person of Briton Andy Murray, welcomed Pioline, announcing a ceremony for when Simon will have lost his last match point.