Jon Rahm continues to break down barriers, breaking records, popularizing golf in Spain. What happened this Sunday was a real tribute like few times had been seen. 25 under... 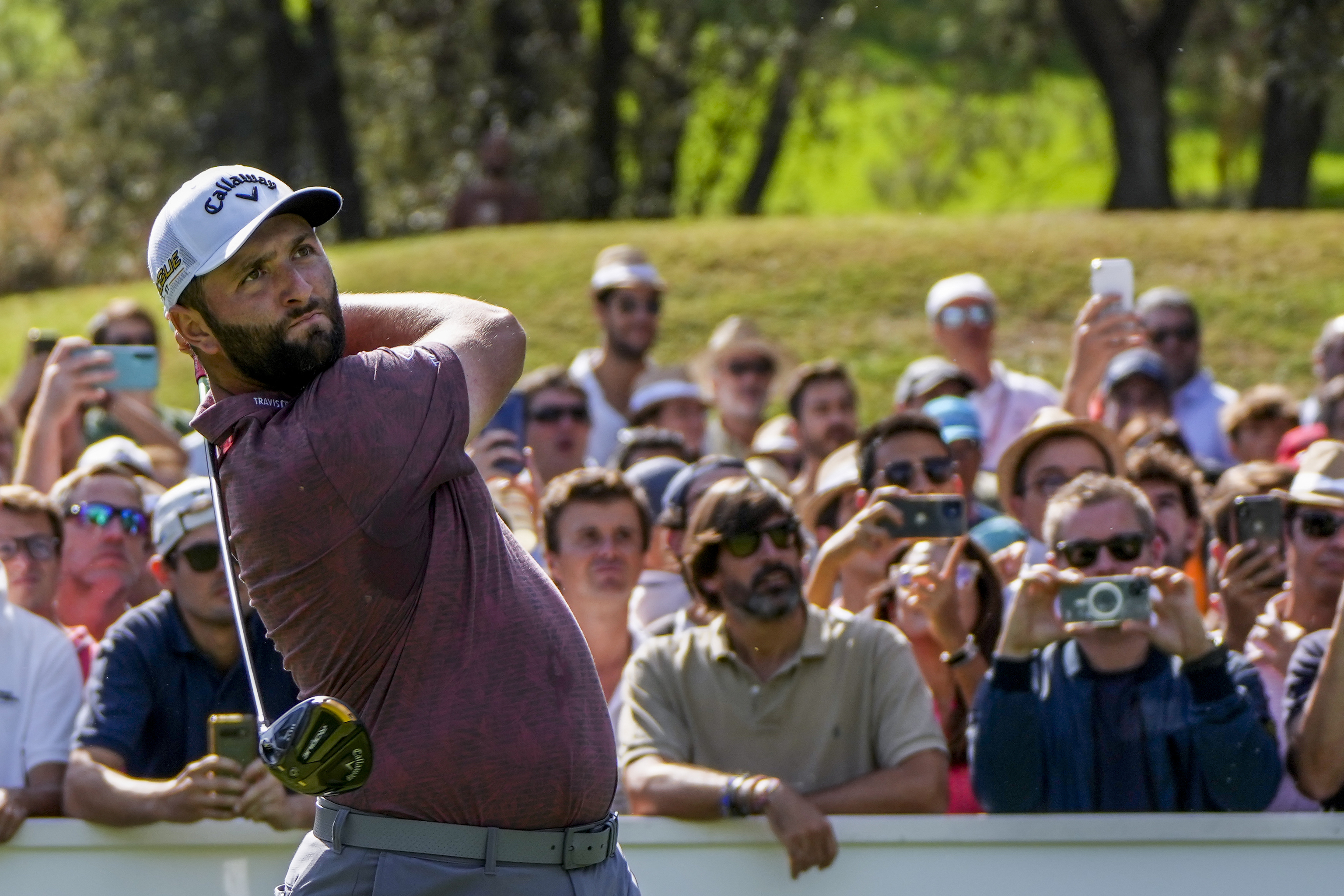 What happened this Sunday was a real tribute like few times had been seen.

25 under par for four days, a total of 259 shots, the all-time record for the Acciona Open de España.

Rahm has won his third title thanks to his best lap at the Country Club (62 strokes), equals

and continues to write the legend of a vintage player.

Navigating the streets of the Country Club was sometimes a daunting challenge on a Sunday afternoon;

running, screaming, mobiles and children, lots of children, Jon connects especially well with the younger ones.

of him is part of his success.

and this week 'Rahmbo' has had the fun of it, especially in the final round.

His -9 card ruined any hint of a fight that his rivals could raise.

Rahm's golf was video game, bang after bang off the

from every corner on the

Min Wo Lee and Matthieu Pavan

would end up raising the white flag.

Second was the Frenchman, six strokes behind the Spanish, and third was the Australian, the toughest rival throughout the week, who would end up relegated to seven strokes from the win.

After suffering to finish off with par on hole 1, Jon added four

for the first nine holes;

the sixth hole seemed at times like a great soccer stadium.

Rahm's putt from almost 20 meters was sung as a goal for Spain.

Barrika's was still inspired with another monumental birdie on the 11th hole from 12 metres, while on the 12th hole the license was allowed for the only bogey of the day, caused by a bad start to the left.

He recovered with a birdie on the 13th and the sentence came on the par five, hole 14, again he missed his exit to the

on the left and a sidereal iron landed at the beginning of the green to roll until he touched the albatross flagpole.

He roared Madrid again and the eagle finished off the party.

Rahm would give himself the whim of closing with two more birdies, the 17th from almost seven meters;

and on the 18th, delighting the thousands of concentrated spectators, by hitting his ball on the green from the tee;

Rahm finished off with an accurate approach and putt.

Uncontrolled madness of an audience devoted to a sports idol.

"I am glad that I have achieved my third Open with a round like this. If I had ever dreamed of winning it would be like I did today, I cannot describe it. It has been a spectacular day", he confessed.

'Viva Seve' was heard as Jon hugs his Spanish family.

"It's my first win without my wife and kids, a bit bittersweet."

Before making his last birdie putt, Rahm muttered something under his breath: "I remembered

, a great friend of my family and a very important person in my life and my career."

Ramón, who died suddenly a few weeks ago, was president of the Vizcaya Golf Federation, and the architect of the Children's Circuit organized by Jon, as well as one of the closest people to the Rahm family.

Almost without time to savor the triumph, Rahm already looks to the next challenge.

"Getting the second big one would be my next challenge or why not, be the fourth Spaniard to win in Augusta".

The new winner of the Open disappears from the press center to continue fulfilling commitments.