Locally floundering Liverpool faces a difficult test against Arsenal next Sunday, realizing that the loss will put it 14 points from the leaders, while Manchester City receives Southampton on Saturday glowing with the amazing form of the young Norwegian Erling Haaland, in the competitions of the tenth stage of the World Cup. 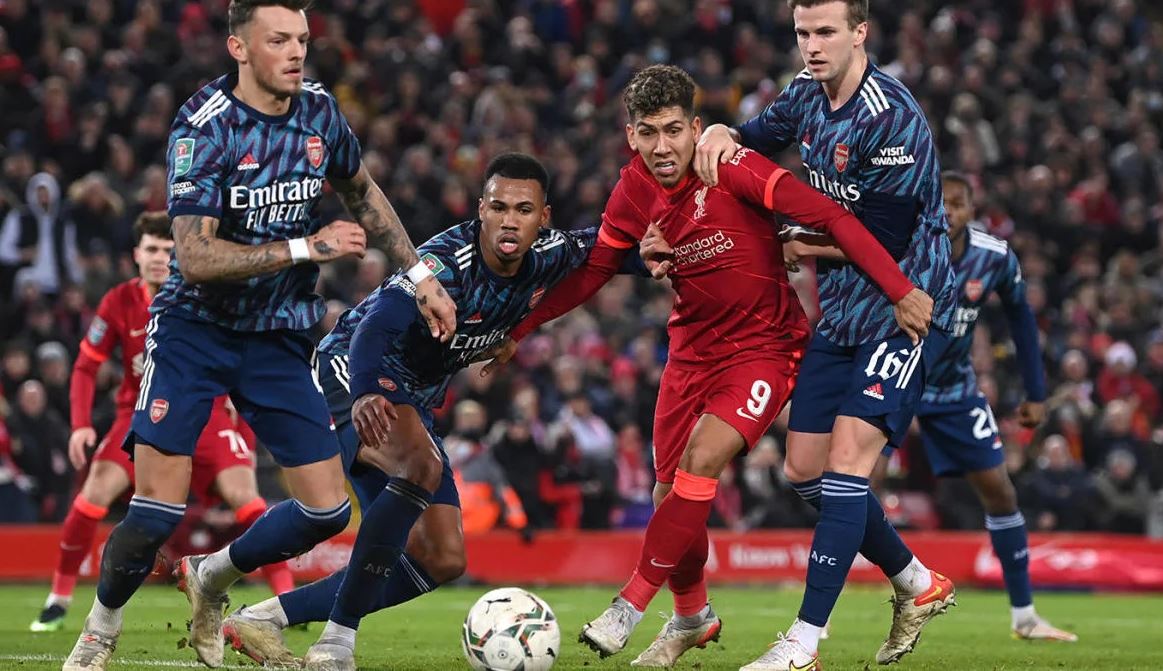 Locally floundering Liverpool faces a difficult test against Arsenal next Sunday, realizing that the loss will put it 14 points from the leaders, while Manchester City receives Southampton on Saturday glowing with the amazing form of the young Norwegian Erling Haaland, in the tenth stage of the English Premier League.

Liverpool are content with two wins from seven league games this season and are in ninth place, 11 points behind leaders Arsenal.

Dutch defender Virgil van Dijk has urged his side to embrace the pressures of a potentially crucial period in a season that will be suspended for a month for the World Cup.

And after drawing 3-3 at home with Brighton in the previous stage, Liverpool recovered from another setback in the league by winning 2-0 at home to Rangers in the group stage of the Champions League, achieving its second victory in a row in the continental competition after a resounding fall 4-1 opening In Italy against Napoli.

It comes to Arsenal in London on Sunday before heading to Glasgow for the return match with Rangers, with Manchester City welcoming Manchester City next weekend in the “Premier League”.

Spanish coach Mikel Arteta's team is still with the full mark, a continental one, from two wins in two matches in the European League, "Europa League", after its victory yesterday with its reserve squad 3-0 at its guest, Bodo Glimt, of Norway, days after he won the north London derby in the league 3-1 against the neighbor and rival Tottenham .

Haaland and the recipe for success

As defenders in Europe struggle to stop Haaland's appetite in front of goal, the Norwegian revealed the recipe for success.

The player, who arrived from German Borussia Dortmund this summer, offers fantastic levels and has so far scored 19 goals in 11 matches in all competitions, including 14 in the Premier League.

He led his team to a great 6-3 victory over its guest and neighbor United in the Manchester derby last week in the league by scoring a hat-trick and his colleague Phil Foden, before adding a double in the 5-0 victory over Copenhagen in the Danish Champions League before leaving with the start of the second half.

With Haaland adding to the attacking fulcrum that City have lacked since the departure of Argentine Sergio Aguero, the four-times champions in the last five years have scored 29 goals in their first eight league games and are second, a point behind Arsenal.

So it's no wonder that coach Pep Guardiola was quick to deny what was released in Spanish reports this week that Haaland's contract with City includes a clause allowing Real Madrid to sign him from 2024.

In the red section of Manchester, Dutchman Eric Ten Hag may finally give Brazilian midfielder Casemiro his first start in the league with United in the Dutchman's attempt to find the right combination after he considered that the loss against City was a "reality check".

The humiliating loss came after a series of four consecutive victories for United in the league, including two against Arsenal and Liverpool.

Ten Hag believes the agonizing defeat should spur his players to give their best on Sunday's trip to Liverpool to face Everton, after their narrow 3-2 win in the Cypriot capital against Omonia Nicosia in the Europa League on Thursday, but he has the dilemma of choosing a starting line-up that must be resolved first. .

Since signing with Casemiro from Real Madrid for 60 million pounds this summer, Ten Hag has not used the Brazilian much, relying on Scot Scott McTominay, who provided distinguished levels, especially in a series of consecutive victories.

Casemiro came four times as a substitute in the league and participated twice in the first three matches in Europe, but the humiliation of the derby may be the motivation to rely mainly on the player crowned five times in the Champions League.

The fifth Chelsea will meet with its floundering Wolverhampton guest on Saturday, after its wonderful 3-0 victory over AC Milan in the middle of the week in the Champions League.

As for the third, Tottenham faces a cautious trip to Brighton, the fourth and brilliant this season, after being satisfied with a goalless draw against Eintracht Frankfurt in Germany in the continental competition.