Shcherbakova as a host and Medvedeva's reunion with Milokhin: what to expect from the new season of "Ice Age"

On Thursday, the shooting of the next season of the popular project "Ice Age" will start. Fans will see both stars of the past years and newcomers on the ice. For the first time, ex-world champions in dancing Victoria Sinitsina and Nikita Katsalapov will appear before the fans in a new role. In addition, the sensational couple Evgenia Medvedeva and Dani Milokhin are expected to return. The TV show will be hosted by Alina Zagitova, Alexei Yagudin and Anna Shcherbakova. 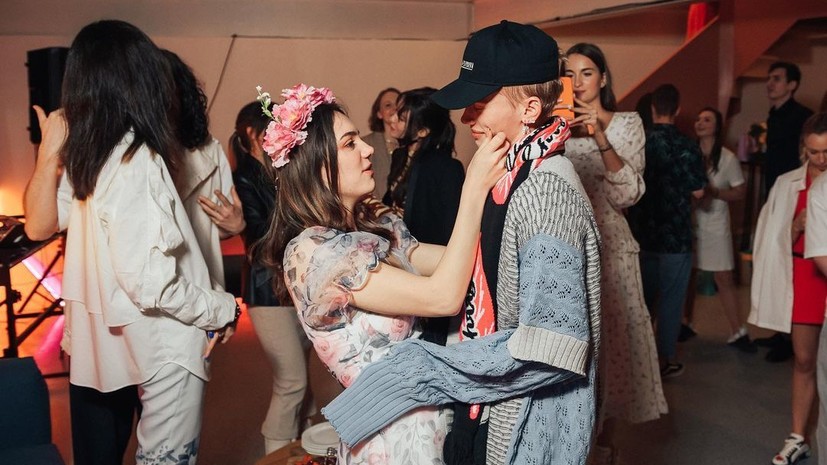 For a long time, the future of the Ice Age remained vague: in the summer, neither Channel One nor director Ilya Averbukh answered the question of whether the program beloved by many figure skating fans would be released this fall.

And finally, on Thursday, the shooting of the new season called "Together Again" begins.

It will bring together on the ice both star participants of previous seasons and newcomers.

Among them are the Olympic champions in the team Victoria Sinitsina and Nikita Katsalapov, who recently got married.

According to the rules of the project, they will not have to skate together: the skater’s partner will be Elizaveta Arzamasova, and his wife will be paired with speed skater Ivan Skobrev.

At the same time, the newlyweds ended up with different mentors: Vika will be trained under the guidance of Averbukh, and Nikita - with Alexander Zhulin.

By the way, this is a return to the old format of the show: division into teams was practiced in the Ice Age until 2014.

“We are preparing new, interesting numbers for you, which you will be able to see very soon on the First!”

- Katsalapov wrote in his Telegram channel.

One of the highlights of the new season will be the participation of last year's Audience Choice Award winners Evgenia Medvedeva and blogger Dani Milokhin.

Each of their numbers caused such a storm of emotions among the fans that the organizers decided not to separate the guys.

They were so able to get used to the image of a couple in love on the ice that many were sure that they had an affair in real life.

However, after the completion of the project, they were not often seen together, and the rumors gradually faded away.

But not everyone liked the return of the Medvelokhins, as the duet was dubbed by the fans.

Tatyana Navka, who often appears on the jury, said that she would like to see the performance of the two-time world champion with another partner.

“Probably, it would be much more interesting both for the viewer and for Evgenia herself.

Maybe performing together is their personal desire ... But we are ready to see Evgenia with any partner, ”the Championship skater quotes.

A stormy reaction from the fans, but with a minus sign, was caused by the advertisement of the program on the First, in which the winner of the first season, Marat Basharov, appeared.

The reaction is due to the ambiguous reputation of the actor, whom ex-wives have repeatedly accused of assault.

After one of these statements in 2014, Tatyana Tarasova spoke out very sharply against Basharov, saying that she would not shake hands with him again.

“Yes, a talented person, but I do not forgive dirty and vile deeds.

And he is well aware of this.

I am no longer at the age to please and be silent, ”admitted the famous coach.

It remains a mystery how she agreed to work side by side with the artist in the new Ice Age.

“Marat Basharov is the winner of the first season, and since we are gathering participants from all seasons, he is participating in the project.

Relations with Tatyana Anatolyevna they will have such as they will develop within the project.

"Ice Age" is a live project, and there is no direction in it for the relationships that arise.

We will go after the fact, ”Averbukh said about this.

The partner of the artist will be Oksana Domnina, they joined the team of Alexander Zhulin.

It will be interesting to look at the work of the hosts, who this time will be three at once: Alina Zagitova, Anna Shcherbakova and Alexei Yagudin.

Last year, fans of the show had a lot of questions for the Olympic champion Pyeongchang.

She was accused of tongue-tied tongue and lack of professionalism.

It was not without discussion of the features of the speech of a native of Izhevsk before the start of new filming.

So, the president of Sambo-70, Renat Laishev, commenting on the composition of the hosts, said that "Anna's Moscow diction is better than Alina's."

The girls, who have friendly relations, turned these discussions into a joke and, together with Medvedeva, arranged for Zagitova to be “initiated into a Muscovite”.

“So be it, we take you to our team of Moscow diction,” Anna and Evgenia said with a laugh to a colleague.

Alina herself also commented on the criticism against her.

She emphasized that no one is perfect, and the main thing is to work on yourself and move forward.

“It is clear that this is all some kind of joke.

The most important thing is not to listen to others.

There is you, there is your attitude, there is a business that you live by and want to develop in it.

And most importantly, I am from Izhevsk.

I may have Udmurt speech.

Sorry, but this is how it happened, the stars converged so that I was not born in Moscow, so perhaps it slips through me somewhere.

I say it again, the main thing is to be “ourselves,” Zagitova explained.

The appearance of Shcherbakova in the project immediately provoked a wave of talk that this was a signal that she would soon leave the sport.

This opinion, in particular, was expressed by Irina Rodnina.

“Participation in the show during the season is almost a sure sign that the athlete is ending his career.

I think that Shcherbakova is unlikely to compete this season.

This is the trend: skaters are trained only for one four years, ”Sport24 quotes the words of the three-time Olympic champion.

However, Anna cannot yet perform for a completely different reason - she recently underwent knee surgery and is still undergoing a recovery process.

Considering that the filming of the project will last only a couple of months, this is unlikely to seriously affect Shcherbakova's career prospects.

At the headquarters of Eteri Tutberidze, they reacted positively to the athlete's undertaking and wished her good luck.

Tarasova also appreciated her new experience in the same vein.

“Anechka is well done, I’m personally interested in seeing her as the co-host of Ice Age.

I am sure that she will cope with this role and show herself with dignity, ”the coach emphasized.