Barça's accounts continue to be in a very delicate position, although the board is . This was explained this Thursday morning by Eduard Romeu, Vice President... 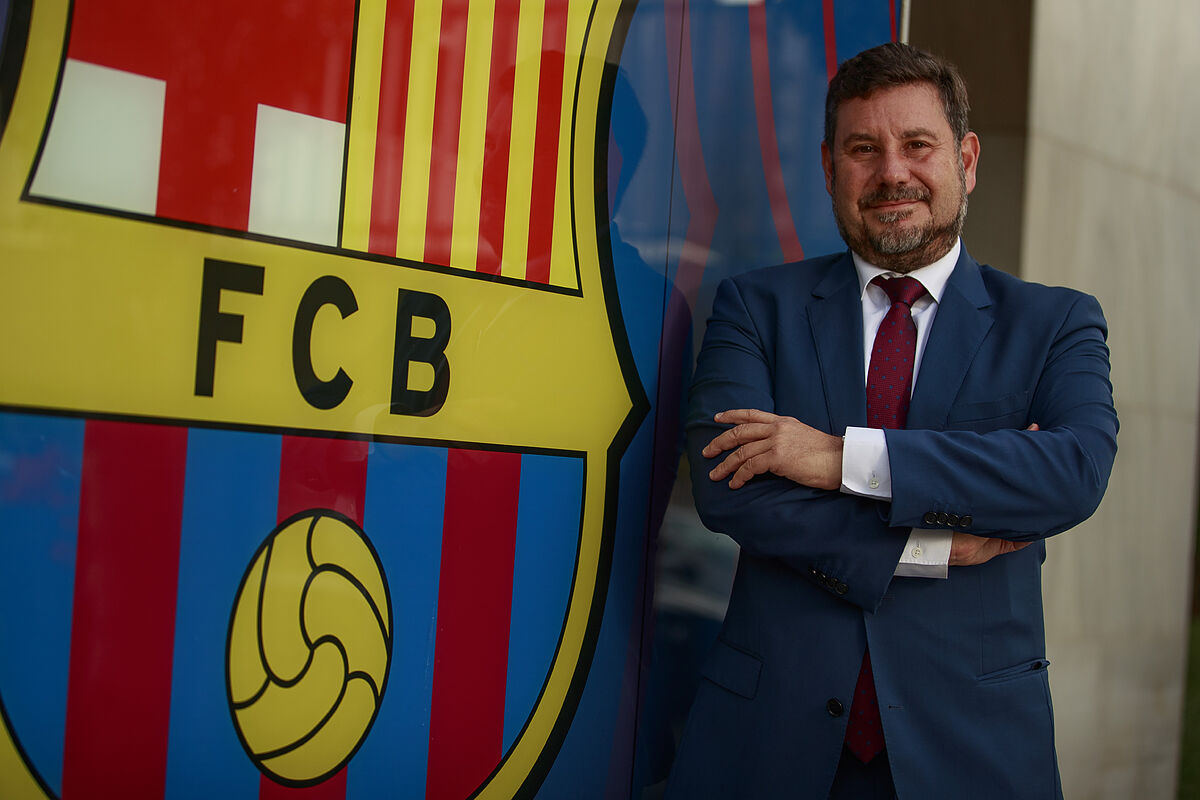 Barça's accounts continue to be in a very delicate position, although the board is .

This was explained this Thursday morning by

, economic vice president of the club, in the presentation of the accounts for the 2021-2022 financial year and the budget for the 2022-2023 academic year.

For the first of these points, last season's exercise, it presents profits of

For the next season it will reach

"We aim for the next year to be the year with the most income from sponsorships in the club's history," stressed the Barça vice president.

, which are nothing more than the sale of assets, last summer, is what has largely contributed to generating those profits for the 2021-22 season and is also a significant amount in the income season that just started, so yes, levers will be used again.

"A lever can also be the sale of a player," said Romeu.

. There is still a lot of work to do.

The numbers are capricious and they always come back

. This season and the next we will have to use some mechanism to get to the point where we want to be the next year," confirmed the vice president again, in case there were doubts, while revealing that the budget for this year contemplates winning the League and reaching the quarterfinals in the Champions League.

, he could not help throwing a small dart at the League for an operation that, from the club's point of view, has been more advantageous than the one proposed by the body chaired by

"It is not a transfer, we are selling the rights, with all the risks that this entails. Let's imagine that the League does a great job, hopefully, and that this would have a positive impact on the TV rights. We sold them for 25 years depending on what budgeted by the League. If Barça and Sixth Street enter more than expected, we have the option of advancing the repurchase, and that is already budgeted, the value of that repurchase has already been discounted, so the operation, for us, would be neutral" explained the vice president.

"In the best case, the buyback would take place within 20 years," he added.

has increased this season compared to the previous one, going from

, the entity is optimistic with a view to the coming campaigns.

"There, Mateu is the one in charge. With the numbers he made,

reaching the figure of 500 million would be the goal, with about 420 for the first team and 80 between the grassroots and the sections.

We would reach this figure, without doing anything , without departures or additions, in the 2024-25 season. Thus, we believe that we could clear the debt we have in a reasonable period of time, "said Romeu.

Regarding the need to leave his stadium to play at Montjuïc in the 2023-24 season, due to the construction of the Espai Barça and the new Camp Nou, the Barça economic vice-president tried to be positive,

"We are working to neutralize as far as possible a loss of income that, obviously, will exist. It will entail an extra cost. What unnerves me is both what was done wrong before and what was not done. Now, we have each other to eat an economic problem and, in addition, social. Above all, when in seven years no investment was made at the maintenance level in the Camp Nou", he sentenced.

Finally, Romeu spoke about the possibility of a

"When I played football, they told me that I always kicked the balls wide, and that's what I'm going to do now. It's an issue that concerns sports management and, if they consider it appropriate, we will work to make it possible. As you have already said the president, Leo Messi is an asset of the club and will always have the doors open", he assured.

"We know how to do miracles," he added when asked if that would not entail an extra cost.