Manchester City's Halan, who is called the monster striker, scored two goals in the first half, scoring nine goals in a row. The opposing goalkeeper sticks out his tongue saying he doesn't look like a human. 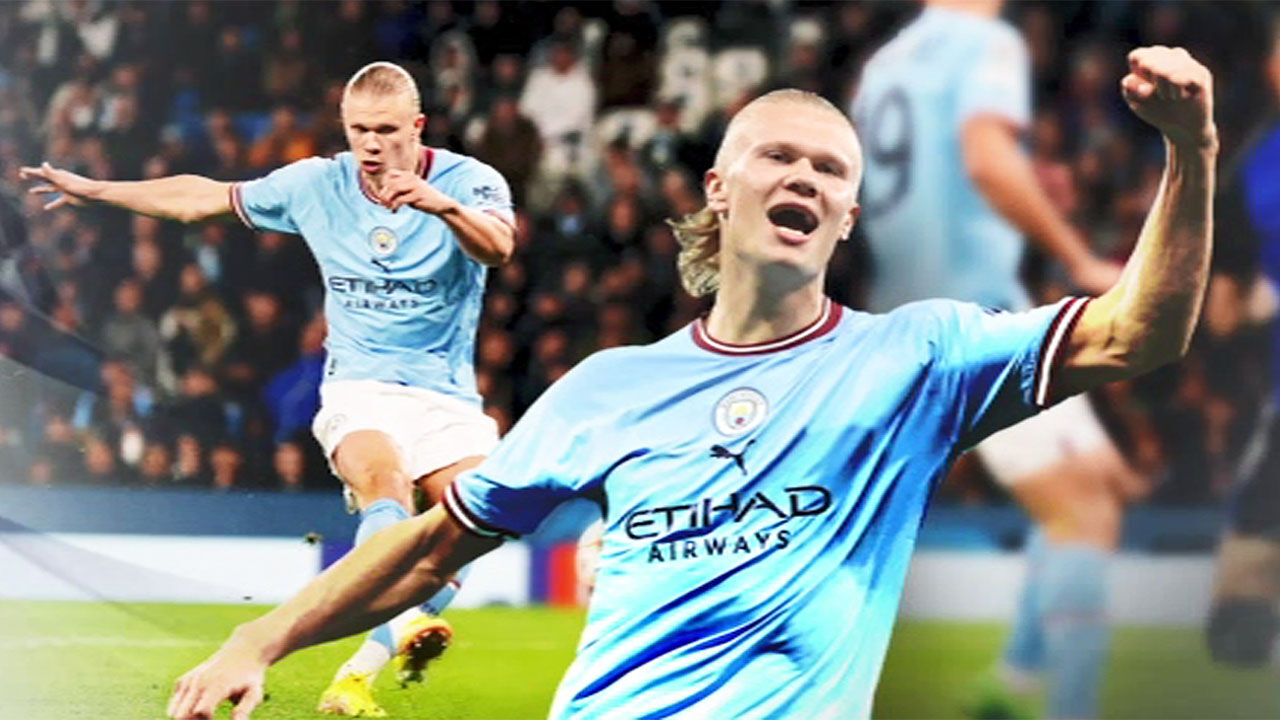 Manchester City's Halan, who is called the monster striker, scored two goals in the first half and scored in nine consecutive matches.

The opposing goalkeeper sticks out his tongue saying he doesn't look like a human.

Halan scored all four shots on target in the Champions League home game against Copenhagen.

He clenched his fists, scoring goals in nine games in a row.

After that, two menacing shots were blocked by the goalkeeper in a row, but in the 32nd minute of the first half, he shook the net once again with an excellent positioning.

His teammate's shot was hit by the keeper, and he lightly shoved it in with his left foot.

With Halan playing only the first half and being substituted, Manchester City won 5-0 and sprinted to the top of the group for three consecutive wins.

I've never seen a goal streak like this in my life.

The opposing goalkeeper told me, "Halan is not a person."]

Halan's former team, Dortmund, defeated Sevilla 4-1 to maintain second place, and Sevilla manager Lopetegui was sacked as soon as the match was over. .

Paris Saint-Germain's Messi scored his 127th Champions League goal with a picturesque left-footed shot, narrowing the gap with Ronaldo, who failed to advance to the Champions League, to 13 goals.