It is now clear that it will be a long rehabilitation for Sandviken's Alfred Rustas, who cut his arm open on a skate rail this weekend. He will be out for at least three months and will likely miss the entire season. - It's sad, Rustas says to Radiosporten. 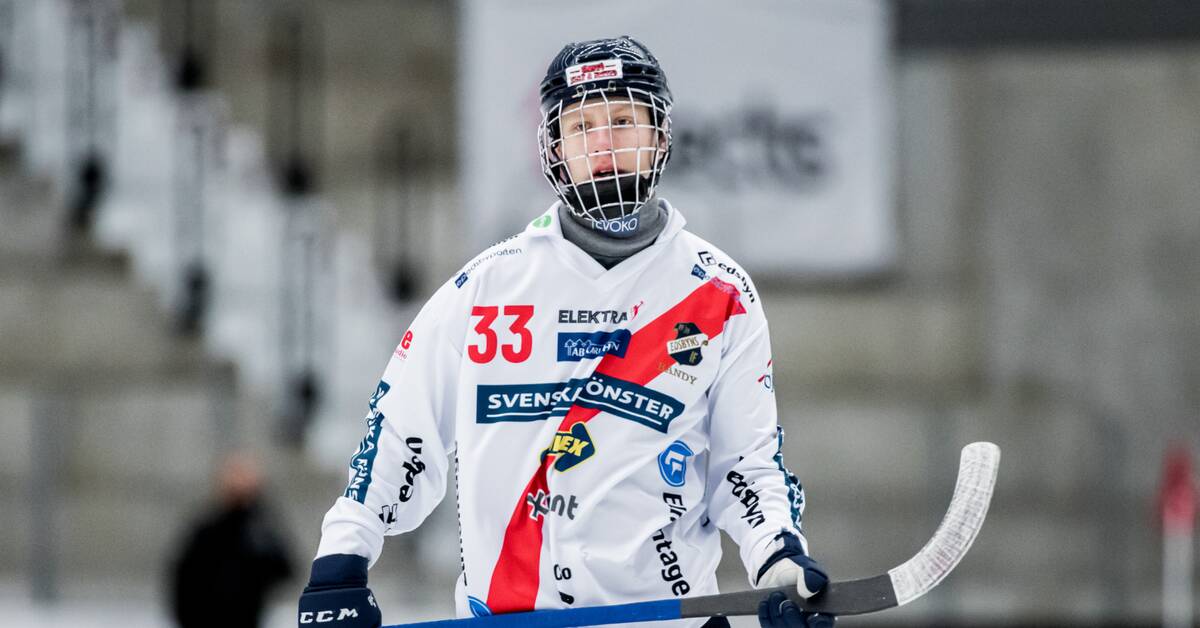 It was in the semi-finals of the Swedish Cup in Lidköping last Sunday that the accident occurred.

After a melee, he got the skate rail over his arm and blood gushed.

It was immediately called for medical assistance.

- I saw the wound and how the arm split open more and more.

I was shocked and think I went off the rails.

There was a lot of blood then, says Rustas, who last season played in IFK Rättvik and this year would make his debut season for Sandvikens AIK.

"Afraid it was the artery"

The 20-year-old is likely to miss the entire season.

Right now he is resting on the sofa and will start rehab.

- The doctors have said that I should get all feeling and mobility back, even if it won't be like before, but as close as possible.

Just start rehab and try to get it right.

Despite the shocking injury where Rustas had to be taken away in an ambulance, Saik won the semi with 3-1 against Västerås SK in the classic meeting.

In the final they then lost against the home team Villa Lidköping with 8-1.