Russian tennis players have successfully started at the tournament in Astana, where many of the strongest representatives of the ATP tour have gathered this year. Andrei Rublev has already made it to the quarterfinals and does not intend to stop, as he wants to qualify for the final tournament of the year. Daniil Medvedev easily made his way to the second round, but admitted that he is not in the best shape yet. Karen Khachanov continues his performance, having gained the upper hand for the first time since the defeat in the semi-finals of the US Open, but the lot was ruthless to him. 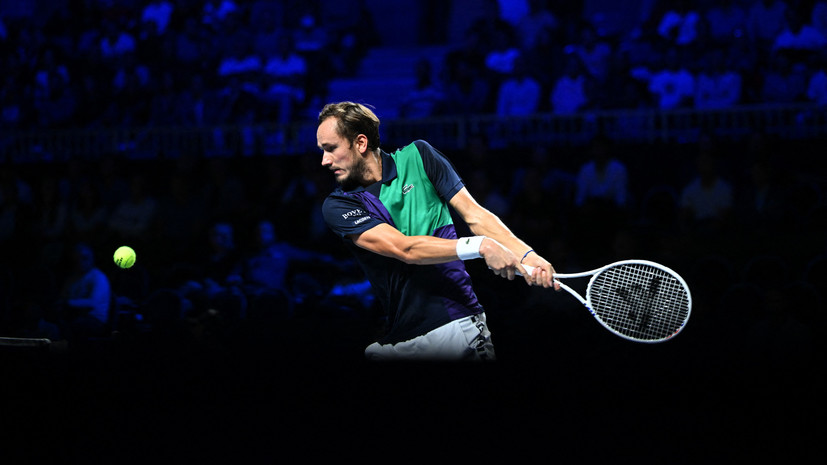 The best tennis players of the world have gathered in Astana this week for the ATP-500 tournament.

Andrey Rublev, Daniil Medvedev and Karen Khachanov, as well as Carlos Alcaras, Novak Djokovic and Stefanos Tsitsipas arrived in the capital of Kazakhstan.

So the fight for the title will be serious, although one of the big six deprived the fans of the opportunity to enjoy all the facets of his talent in the first round.

Seeded under the first number, as befits the leader of the ATP rankings, the Spaniard unexpectedly ended his performances at the start.

Belgian David Goffin played the role of his offender.

The young man was so upset by the result that he ignored the obligatory press conference, leaving a short audio message to reporters.

However, according to Medvedev, this defeat should not be given much importance.

“I didn’t manage to show any outstanding results in the rank of the first racket of the world, so I can’t give advice for sure.

If it worked, I could.

And so, Carlos plays cool, he is 19 years old, he became the youngest first racket in history.

To be honest, I think that he still succeeds.

I would not attach such great importance to his today's defeat.

Yes, it's not easy, he won his first "Helmet", probably gave a thousand interviews, his head is spinning.

This is for everyone.

Everyone went through this - Federer, Nadal, and Djokovic.

Let's see how he copes with this, ”the Russians explained.

Medvedev himself, unlike Alcaraz, won the first match in Astana with a margin.

In two sets, he left another Spaniard, Albert Ramos-Viñolas, out of work, and after this meeting he was happy to talk to the media.

And, this time in Russian.

So, he admitted that at the moment he is not in the best physical shape, but does not give up and continues to train.

“It happens in tennis.

At such moments, I always remember Bercy in 2020.

I felt terrible there.

Peter did not play very well before that, then Vienna, although he reached the quarterfinals.

We even decided not to train one day, because there was simply no point in training, everything was so terrible.

In tennis, if you work, everything can always come back, ”said the athlete.

It also turned out that tennis players are not averse to spending time at the chessboard between matches.

This became known from Andrei Rublev.

“We play with the guys - with Karen (Khachanov) and Danya (Medvedev).

Danya is probably the smartest of all, but Karen now plays the most, he also has a good coach in chess, so he teaches him.

But the best, probably, is obtained from Dani.

And in my case - no technique, no head, but the last time I beat everyone, ”admitted the athlete.

Rublev also successfully started his performance in Astana and has already reached the quarterfinals.

The fifth seed went through Serb Laszlo Djere and Chinese Zhang Zhizhen, who, in turn, knocked out Aslan Karatsev from the fight.

The motivation of the Russian in this tournament is serious - he strives to get to the final ATP tournament, so you need to score the maximum number of points.

“I don't want the season to end.

I would also like to get into the final eight of the world ranking.

It all depends on how I manage the remaining tournaments, as there are very few places, and there are at least 15 applicants for the position.

It will be hard, but you need to tear and show your game.

Again, I repeat, the current motivation is more than decent - you need to get into the top eight, ”said Rublev.

As for Karatsev, the Russian cannot find himself in any way.

And even the beginning of work with the honored coach of Russia Boris Sobkin has not yet given the desired results.

Yielding to Zhizhen, the tennis player has already suffered the fourth defeat in a row.

He last won at the Masters in Cincinnati in mid-August.

Karen Khachanov is doing much better.

He coped with the American Maxim Cressy in the first round.

However, he was not lucky with the net, in the next round he will fight Marin Cilic, who reached the final of the tournament in Tel Aviv last week.

And then he can alternately meet Djokovic and Medvedev on the way.

However, while the athlete is happy with the first victory after the defeat in the semi-finals of the US Open from Kasper Ruud.

“I had tough matches from the very beginning of the tournament.

I felt that I was already a little addicted to this game and tired.

But this is by no means an excuse, I understood that it would be difficult, but still there were chances.

I was charged, wanted and could win.

Unfortunately, it didn’t work out this time, but it was a good impetus in terms of motivation for the next tournament, ”Khachanov said.

Karen also spoke about his communication with Roger Federer.

According to the Russian, he is not only a professional in his field, but also just a very pleasant person.

“People love Roger for who he is on and off the court.

This is a symbol of tennis, and it will remain so for a long time.

Roger is a very pleasant person, he always remembers those with whom he played, he knows the names of my team members, he remembers almost everyone's birthdays.

It’s even a little surprising that a star like him takes into account such nuances, ”the athlete believes.