Erling Braut Haaland is a Norwegian phenomenon who pours in goals in the Premier League. And Lars Lagerbäck believes that the striker will keep his feet on the ground. - He has grandparents who have a farm, so he likes to be in that environment, says Norway's former national team captain in SVT's Morgonstudion. 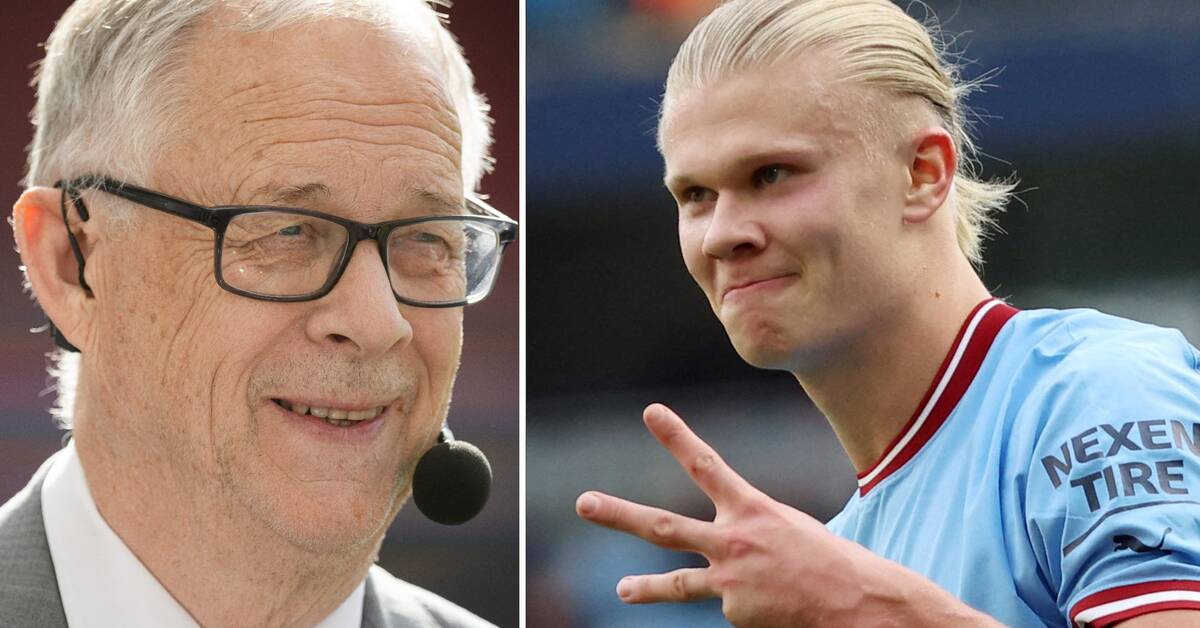 22-year-old Erling Braut Haaland stood at the weekend's derby crush against Manchester United for his third hat-trick in the Premier League.

Manchester City's star striker, who was signed in the summer, needed just eight games to achieve that feat.

For Michael Owen, who is second fastest of all time with three hat-tricks, it took 48 games.

- He loves his football, he loves training, he has a drive and a mental strength that is absolutely fantastic.

Haaland's father, Alf-Inge, has a past at Manchester City and belonged to the club when Erling was born.

Football has come naturally to Erling Braut Haaland, but Lagerbäck also wants to highlight important qualities that he has received from his mother.

- He has good genes.

After all, she (Gry Marita Braut) was a track and field athlete and did sprints, and I think all-around as well.

That's probably where he inherited his speed, and fast muscles.

You don't choose your parents, but you have to be lucky there too.

Despite his young age, Erling Braut Haaland has an outstanding goal average.

Before the success in Manchester City, it was 86 goals in 89 games in Borussia Dortmund and 29 goals in 27 games in Salzburg.

And in the Norwegian national team, where he made his debut when Lars Lagerbäck was the national team captain, he has netted 21 times in 23 international matches.

And Lagerbäck hopes and believes that Haaland will keep his feet on the ground.

- He has a positive background, he has grandparents who have a farm, so he likes being in that environment.