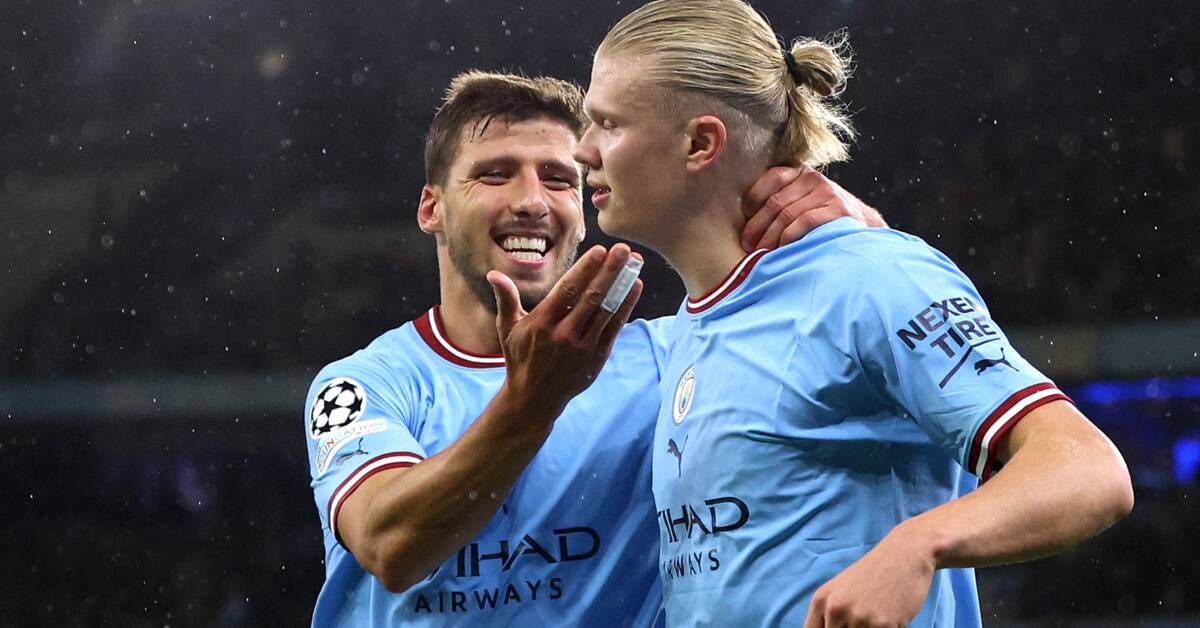 The ball was played in from Joao Cancelo from the right wing.

The Norwegian stood centrally in the penalty area and cut in directly in his first contact with the ball at the Etihad for 1-0.

The speaker went on with the following: "Goal for City.

After just over half an hour, Haaland struck with his second goal.

FCK goalkeeper Kamil Grabara saved but on the rebound Haaland hit and put the ball into the goal for 2-0.

Coach Pep Guardiola was upbeat and applauded from the sidelines.

Just before the break, City made it 3-0.

The ball went through two FCK players into the goal.

Sergio Gomez shot and Davit Khocholava was booked for the own goal.