The return of the “spring-autumn” system, the integration of Crimea and 500 million rubles of income: what will the FNL become under President Izmailov

Nail Izmailov, following the voting results of the general meeting of clubs, headed the Football National League. His candidacy was supported by 53 participants out of 64. After the elections, he explained what had already been done since the departure of Alexander Alaev to the RPL, and also spoke about the upcoming changes. In particular, the first division switched to a weekly microcycle, and the second is preparing for the return of the spring-autumn system. Active work is underway to integrate the Crimean football teams, as well as to attract sponsors. 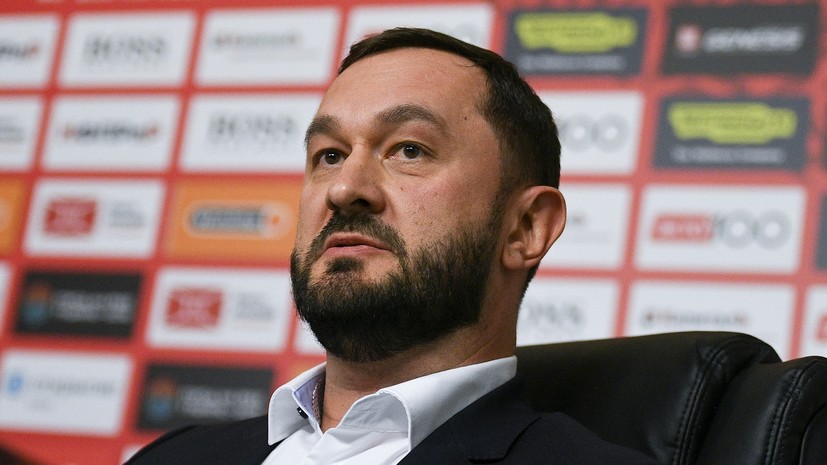 They became Nail Izmailov, who has been performing these duties since July of this year after Alexander Alaev left for the RPL.

For the candidacy of the former vice-president of Spartak, 53 members of the general meeting of the league clubs voted.

As the Acting General Secretary of the RFU, Maxim Mitrofanov, noted, the elections were held "in a fair and fair fight."

The new President of the FNL is 46 years old, he graduated from the Moscow State University of Nature Management, the Higher Commercial School of the Ministry of Economic Development of the Russian Federation and the Diplomatic Academy.

From 2013 to 2019, he worked in the structure of Spartak, after which he was involved in projects in European football.

He has been in the league since March this year.

“We recently presented the program and work.

Today I reported on what has been done in the last four months.

Thanks to the clubs for their trust.

I hope that we will have time for a lot, ”Izmailov commented on the results of the vote.

According to the specialist, during his leadership, the league has undergone structural changes - and they will continue.

A number of new committees have been set up to deal with the pressing issues of the sport.

First of all, this is medical assistance to Russian football players.

As part of the program, they will be able to receive surgeries on the shoulder, knee and ankle joints free of charge.

The second major focus of the league has been helping players who want to resurrect their careers.

In addition, the plans include the formation of a separate structure for the development of football, various educational programs and a system for distributing income.

Not without changes in the actual sports component.

“The first change that happened: we switched the format of matches to a weekly microcycle.

This allows the players to recover, get game practice, ”said Izmailov.

He also said that work is underway to switch the Second League competitions to the old calendar system, because playing in the current format is too costly and difficult.

“As for the “spring-autumn” system in the Second League, we are planning to go there, but I would not like to voice the options ahead of time.

We'll tell you everything when we're ready.

It is impossible to do everything at once, hastily, without taking into account regional peculiarities.

We need to do everything in a balanced way so that we don’t have to redo it later, ”the president of the league emphasized.

Izmailov did not ignore such burning topics as the mobilization and acceptance of Crimean clubs into the FNL.

According to him, joint work is currently underway with the Ministry of Sports, the government and the Ministry of Defense "to ensure that nothing leads to the suspension of the championship."

As for the integration of the Crimean teams, the head of the league called this issue complex and without a “unambiguous solution”.

He explained that within the framework of the FNL there is an expert commission, which next Thursday will hold a conference with the leaders of the Crimean Football Union, as well as the football federations of Crimea and Sevastopol.

“I have already had conversations with government representatives and governors.

Having made a video conference on licensing, we will exchange documents and receive information from federations and clubs.

Then we will conduct an audit, consultations on integration issues.

The process is not fast, it is not easy.

One of the loudest statements of the new president concerned the financial component.

According to him, the leadership of the league has completed the task of attracting sponsorship contracts by 95%.

Income from them amounted to 450 million rubles.

“Income from the sale of television rights is 25 million rubles.

Income from betting rights also amounts to 25 million rubles,” said the President of the FNL.

As for Izmailov's rival in the elections, Shamil Lakhiyalov, his program will also be taken into account by the league, and he himself will be able to take part in the work of the football development committee.

At the same time, the president of the Legion does not consider himself a loser in the current situation.

According to him, his main goal is not to win the vote.

“My task was to convey the existing problems in the division to the future leadership of the league, regardless of whether I would become the head or Nail Kamilevich.

We talked to him even before the announcement of the election results.

And he understood and heard me.

So I don't consider myself a loser.

People come and say they agree with many of my statements.

This was the most important thing for me, ”Match TV quotes Lakhiyalov.

He also explained what problems he had in mind.

First of all, this is a high cost of participation in competitions and high requirements for the clubs of the Second League.

“We need to make football in FNL-2 easily accessible, to gladly accept clubs that are ready to participate even in the second division,” Lakhiyalov noted.

At the same time, he actively supported the return of the spring-autumn system, but stressed that one important nuance must be taken into account: how the Second League clubs will move to the First.

“I’m only for the transition, because there will be fewer pauses in the championship, and in the summer we will not rest, but play,” concluded the president of the Legion.