Shakhtar's odyssey to Madrid due to the war in Ukraine: "We arrived more tired than the rival"

Normally, European clubs use charter flights to get around. They arrive at the nearest airport, board, spend a few hours in comfortable seats and get off... 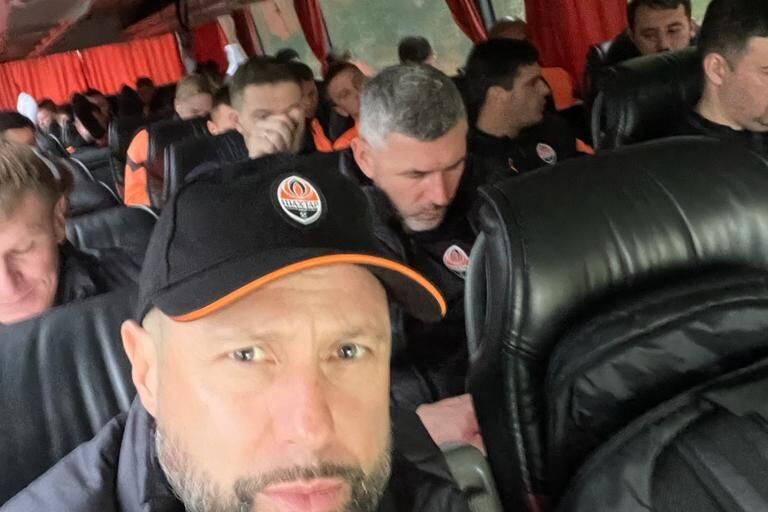 Normally, European clubs use charter flights to get around.

They arrive at the nearest airport, board, spend a few hours in comfortable seats and get off at the destination city without major setbacks.

The club was based in

, in the heart of the

due to the bombings that were taking place in eastern Ukraine.

And since February, with the

, they moved their belongings to

(Leopolis), in the west of the country.

, where on Wednesday at

they will face Real at the

As the Ukrainian airspace is closed,

, on a trip similar to the one they made to play the first match of the

The Spanish capital, yes, is much further away than the German city.

) left the north of Ukraine and traveled the

by bus that separate

from the Polish city of

, the closest to the border with an operating airport.

Once they passed customs, with their corresponding delay, and after more than four hours by road, they arrived at the Rzeszów military airport, where they took a charter flight that takes another

They land in Barajas at

half past nine on Monday night

, almost ten hours after leaving Lviv, and on Tuesday afternoon they will train at the Bernabéu.

It's a lot of hours

We have a lot of games, especially this month, and the duration of our trips is much longer than the others.

The recovery process slows down

a lot and we arrive more tired than the rival, "says Jovicevic in a conversation with EL MUNDO.

for Shakhtar because of the war.

, all to the west of the territory and far, for the moment, from the war.

But in the Champions League they play their home games in

, more than 400 kilometers and

seven hours by bus from Lviv

Madrid will travel there next week, which curiously will take less time to get from Barajas airport to Warsaw than Shakhtar from Lviv.

Even so, the tiredness of the trips seems to have not yet made a dent in the Ukrainian squad, which will arrive at the Bernabéu

without having lost a single game this season

He has won four and drawn one in the five games played in the Premier of his country and in the Champions League he is being one of the great surprises of the edition.

On Matchday 1, they dazzled the continent by

4-1 at home and drawing against Celtic in Warsaw in their second game.

Now he returns to Madrid, where