The FC Barcelona footballer Gerard Piqué has voluntarily handed over to the Anti-Corruption Prosecutor's Office the invoices for the million-dollar commissions he has received so far... 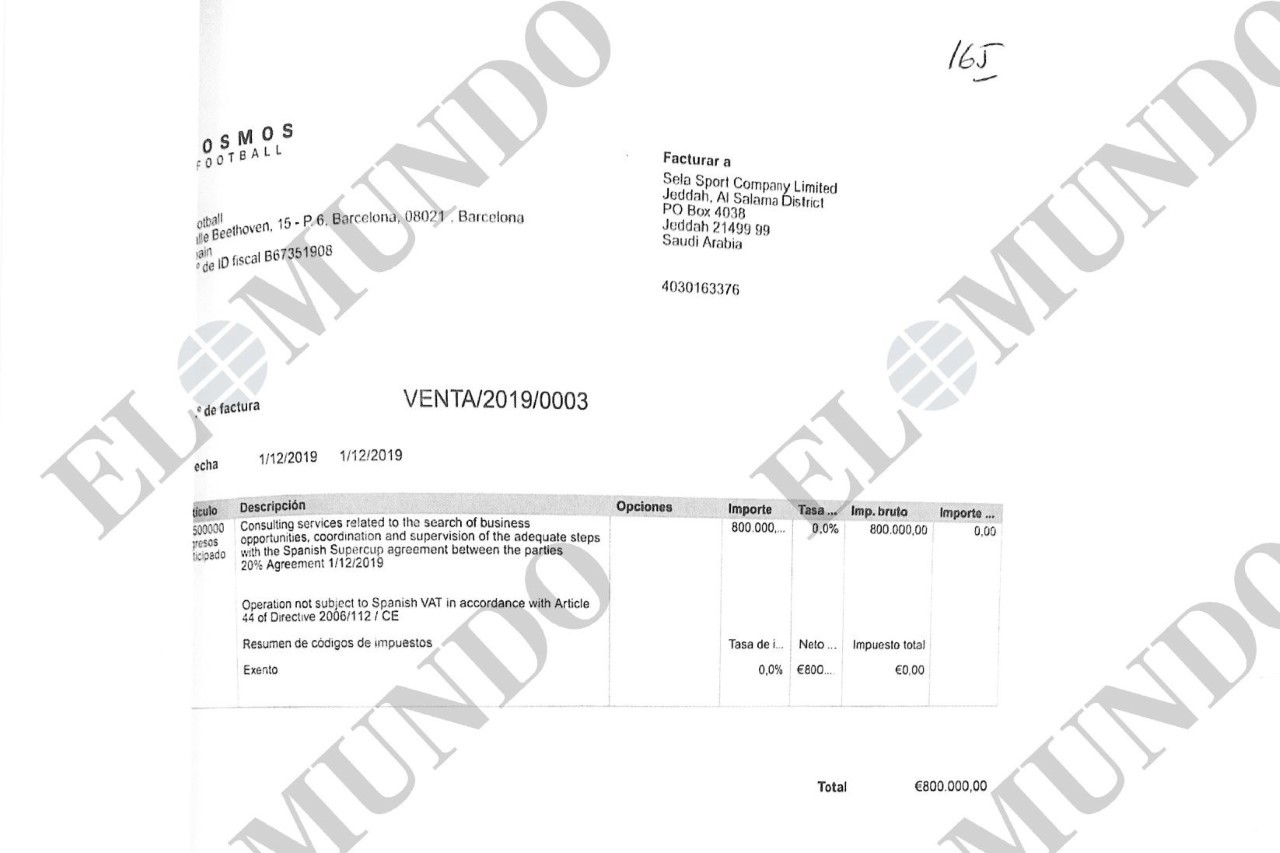 The defense voluntarily submits the ten documents, of 800,000 euros each.

One of the Kosmos invoices to the Saudi agency for the mediation of the Super Cup.