There are days when aesthetics is a lie and football is torment. It occurs when success is not sought, but relief. Javier Aguirre likes to say that footballers are... 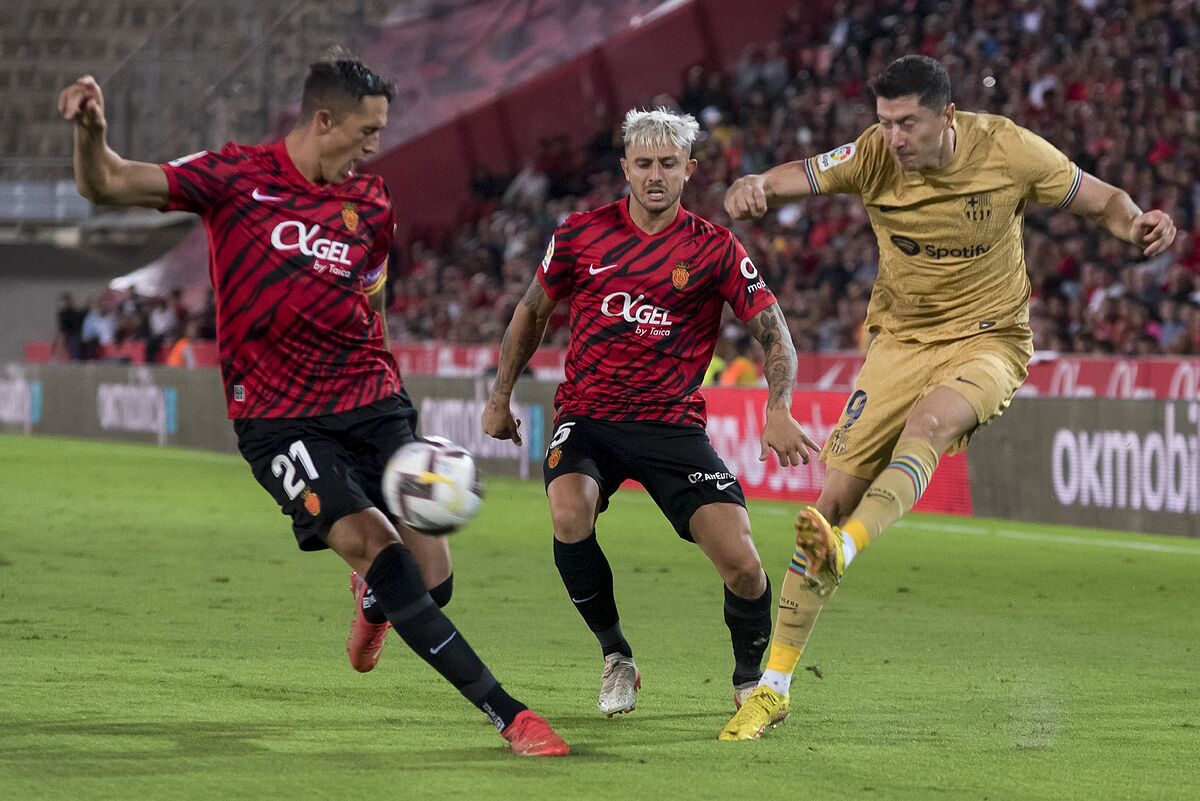 There are days when aesthetics is a lie and football is torment.

It occurs when success is not sought, but relief.

Javier Aguirre likes to say that footballers are like his children.

And that beyond the tactics and the data, the baroque style and the spectacle, football is nothing more than an exercise in survival.

His Mallorca, thus, committed everything he could to a Barcelona with no more arabesques than order and leg.

A plan that in other times could have been perfect, but that the special players turn into a doodle.

corrupted the stage from nowhere, with a cut and a shoe on his team's first shot on goal.

It was not surprising that

showed up at Son Moix with a crooked gesture, fearing a hard battle and at the wrong time, three days before playing half a continental life in San Siro.

With five Barça players injured, the defense made some foxes, and

forced to rest, identifying the team was a sindio.

It was the turn of the inexperienced

to play right back.

He did his best against the incisive

, meanwhile, recovered a gap as starters.

Even if it were only to show a twilight that they refuse to accept.

's final point football appeared in the center of the field

, more aware of the hammer than of the brush.

And in attack Ansu, still minimized, debuted as a starter in the League.

Mallorca did not have to change anything, neither in body nor soul.

Sheltered in her five defense structure and with the

stalk poised for the hunt, she quickly hinted at her weapon.

What difference does it make that the ball hardly moved and that the soccer players were piled up in plots converted into punishment cells.

Aguirre's men would manage to string together good chances, although none of them were attacked with conviction.

Although none of that bothered Lewandowski, whom few had noticed until Ansu made

dizzy and offered him the ball.

The Pole, despite advancing to the top of the box, tricked

He simulated with his eyes that he would look for a center, when his body did the opposite.

He twisted the center back's waist with a twist, and delivered an accurate kick to the ball.

, the Serbian goalkeeper of Mallorca, launched himself knowing he was already condemned.

There are already nine goals for Lewandowski in the League.

Barcelona, ​​aware of the difficulties, returned to patience, to the game with two and three touches, and to the solutions that Lewandowski could offer.

The heavens opened for

before the break after Balde did not follow him and Piqué did not come to the rescue.

, stuck in the center of the goal, closed the door.

The meta continues in his nirvana.

, Xavi's assistant and brother, and that outcome in which Mallorca came within a span of equalizing.

Kang In Lee hit too cross to the desperation of the long-suffering Son Moix fans.