Nico Williams, the dribbler who learns from Neymar and Mbappé and follows his brother's advice

“When little birds start popping into my head, my mother smacks me on the head and puts us on the ground.” This is how María Arthuer helped Iñaki Williams to digest... 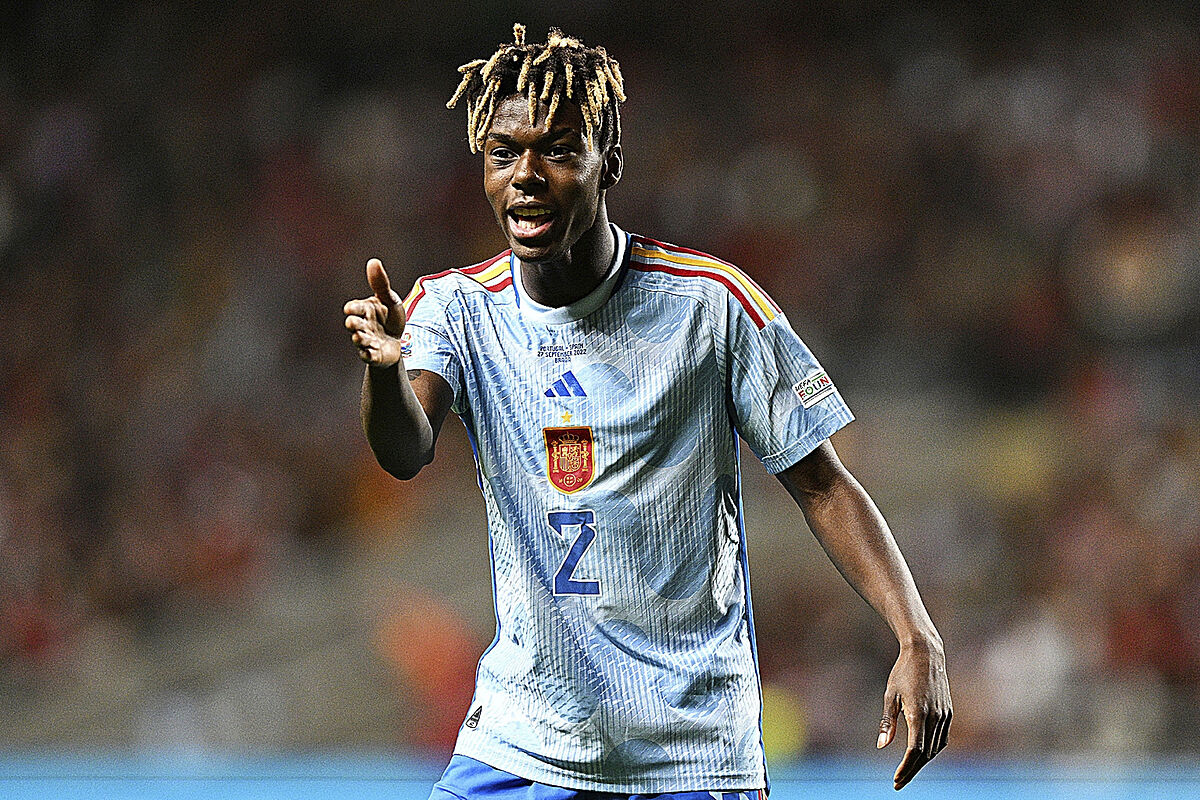 "When little birds begin to appear in the head, my mother gives me a smack and puts our feet on the ground."

This is how María Arthuer

as his older brother

, tried two shots on goal and stepped on the area five times like a revolution.

's list opens a gap towards the World Cup with little more than a season of experience in the elite.

"I'm not surprised by what my brother does.

I know what he is capable of, what he works for and how hungry he is », assured Iñaki after playing his match with

against Nicaragua in Lorca while Nico collected praise in Braga.

is the advice given by someone who, with nine years and a host of experiences, acts like a father, at least off the field.

«When he went up to the first team you did not perceive protection from brothers.

That function was performed by other players, "

and the surname Williams soon doubled in the line-ups.

«Between them there was no special relationship on the field, but there was.

They are very different players.

Iñaki is all power, he moves into space and looks for the goal.

Nico is fast, dribbling, intuitive, like an old winger who is getting better at finishing

He is a cannon and, due to his age, he has an enormous progression and is very lucky to have 'Willi' as an example and reference », describes the technician.

If he has to highlight something of the youngest of the brothers, he stays with his joy: «He is a happy boy, and that spontaneity takes him to the field».

Do not grow up "with feet of clay"

, his mother's moonlighting in a humble neighborhood of Pamplona and the awareness that he owes everything to his effort, Nico he found the path opened by his brother that has given him wings.

has been progressive, without pressure and consolidating his qualities that have already allowed him to be an U-18 and U-21 international on the way to the 2023 European Championships, his jump to the elite was measured so that he avoids what Marcelino calls "growing with feet of clay.

«He played a lot, especially last season, but we take care of generating responsibilities that could weigh him down.

Because other players were already there for that, "recalls Uría.

The challenges were marked by the Navarrese: to gain physicality and presence in the area, something in which Marcelino's coaching staff accompanied him "like any boy who came up from Second B."

They were clear that he was not.

Just six months after his debut, Nico was already statistically the

, with 7.4 successful feints every 90 minutes, with differential handling of both legs and with the ambition to

learn from "Neymar, Dembélé or Mbappé»

His point of improvement is still in the goal.

The first came at such a special moment that he had it tattooed on his arm.

It was in January 2022 in Riyadh, in the semifinals of the Super Cup and to give Athletic a pass to the final.

That hug with his brother and his mother in the stands carries him on his biceps, along with two lions that symbolize the brothers and the number of the block of flats where they lived in the Rotxapea neighborhood of

His self-confidence led him to ask

Pedro Sánchez a few days ago in

lower his taxes and to confess that he does not speak a word of Basque, nor many Ghanaian, despite the fact that his mother scolded him in that language.

His life is in Bilbao, although Athletic is already thinking of raising the

case the Premier tempts him.