Accused of filming - Calle Clang defends himself: "A slap in the face"

It was in the second period of the heated Skåne derby that a fight broke out in front of the Rögle goal. Goalkeeper Calle Clang fell and was then accused of filming Malmö's Emil Sylvegård. Now Clang answers. - It's a blow that hits me right in the face, he says to SVT Sport. 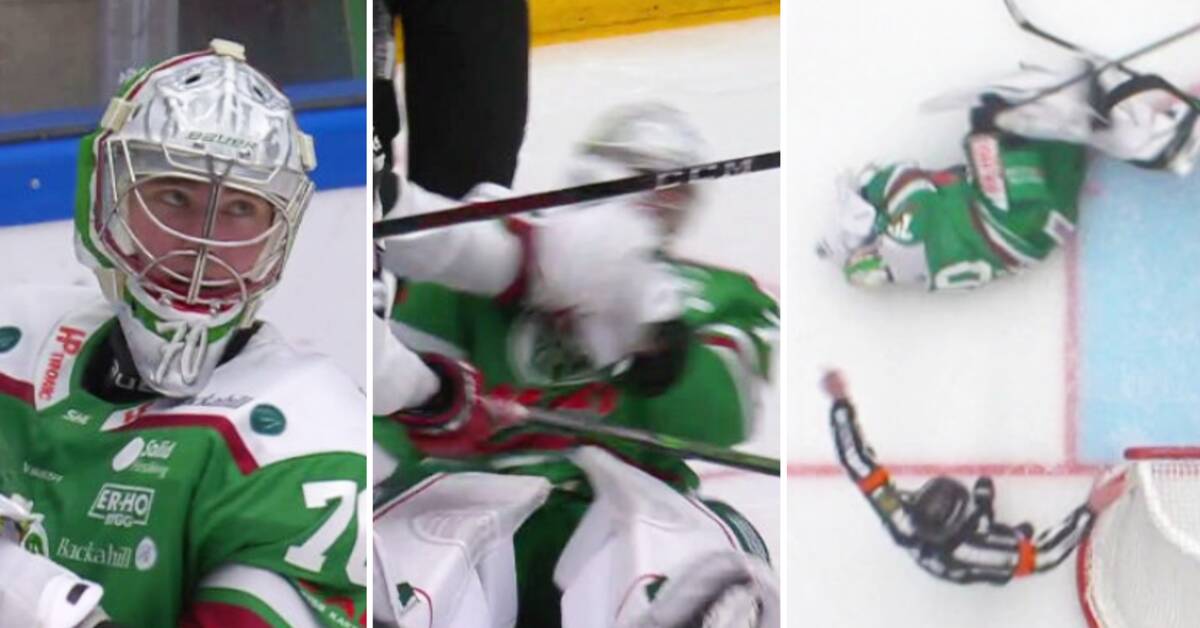 Goalkeeper talent Calle Clang was pushed in the chest by Emil Sylvegård and fell to the ice.

Sylvegård believes that the goalkeeper was filming.

- It was stupid that I gave him the chance.

Clang himself is clueless that it would be an enhancement.

- It's a blow that hits me right in the face.

There is not much more to say about that situation, he says.

Is it special to face Sylvegård, he takes liberties in front of the goal?

It's just fun to face players who try to get under the skin of one.

Today, I think I could keep a good distance from him.

And I got a second place, so I came out victorious from that battle, says Clang.

The match ended 2-1 to the away team Malmö.