Victory and Al Wasl.. Exciting preparations for a terrifying summit

The fourth round of the ADNOC Professional League will witness a heavy-caliber confrontation between Al Nasr and Al Wasl, the day after tomorrow, at Al Maktoum Stadium in Al Nasr Club in Dubai, as the two teams prepared exceptionally during the international break, which witnessed the national team playing two friendly matches against each of Ba 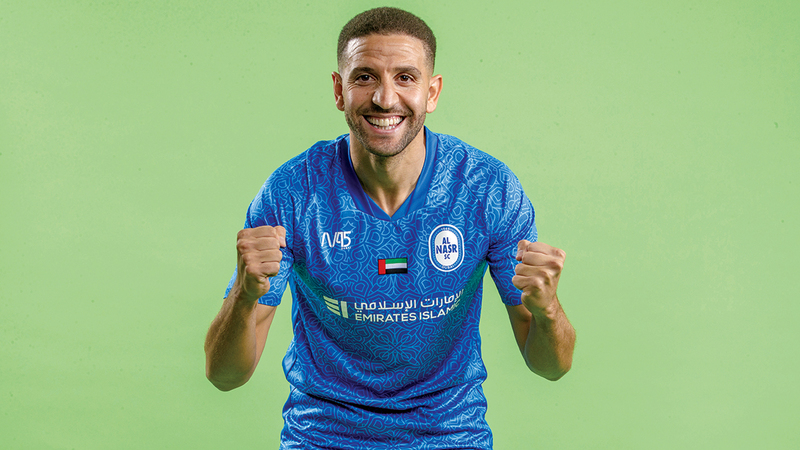 The new deals raise the excitement of the "Bur Dubai Derby"

Victory and Al Wasl.. Exciting preparations for a terrifying summit

The fourth round of the ADNOC Professional League will witness a heavy-caliber confrontation between Al-Nasr and Al-Wasl on the day after tomorrow at Al Maktoum Stadium in Al-Nasr Club in Dubai, as the two teams prepared exceptionally during the international break that witnessed the national team playing two friendly matches against Paraguay and Venezuela in Austria .

Many followers on social networking sites call this summit a “terrifying match”, due to the exciting preparations witnessed by the two clubs and the fans of both teams, in addition to the new contracts signed by each team.

The two teams imposed secrecy on their preparations for the match by engaging in closed exercises, and Al-Wasl also played a friendly match without an audience in front of Ajman, which ended with the victory of "Orange" with two goals without a response.

On the other hand, the new contracts are the most prominent weapons of the two teams in the “derby” after Al-Nasr announced its contract with Moroccan star Adel Taarabt in a free transfer deal from Benfica, Portugal. Al-Wasl announced the contract with defender Mohamed Jaber after he terminated his contract with Al-Ahly youth, and the player also included Brazilian Luiz Guillerme Vieira da Silva "Luisao", who will be included in the category of resident players.

As for the preparations of the fans of the two clubs, the past few days witnessed intensive preparations from both sides. Al Nasr Club announced many events through its accounts on social media to motivate the fans of the "Brigade" to support the team and go to Al Maktoum Stadium by presenting a set of prizes and initiatives in cooperation with sponsors and shareholders. Which will be drawn during the match, and for Al-Wasl club, the "Panthers" fans got 30% of the stadium's capacity, and the tickets witnessed a great turnout from the Al-Waslawi fans, who announced on social media their readiness to support the team.

The situation of the two teams does not differ in the level of results in the league competition, as each team has five points in its balance after Al Nasr tied with Al Dhafra and Khor Fakkan and won over Ajman, while Al Wasl tied with Al Wahda and Dibba Al Fujairah and won over Al Bataeh.

The coaches, German Thorsten Fink and Argentine Juan Antonio Pizzi, will face the most difficult test to gain the confidence of their team's fans, as winning the "derby" will give the winning coach a moral boost and prove his feet with the team in the coming period.

For his part, the former Al-Nasr club director of football, Khaled Obaid, said that the conditions of the two teams are similar in terms of their results last season, in addition to changing the technical staff and a large number of players, explaining that Al-Wasl may have made more changes, but the situation is not much different in Al-Nasr.

He explained to "Emirates Today" that "Al-Wasl has a number of stars, especially internationals Ali Saleh, Fabio Lima and Ali Salmin, while Al-Nasr lacks this type of player, except for Tariq Ahmed and Mohamed Fawzy, the oldest and most experienced, but that is not enough to develop technical performance."

He added: “We hope that the two teams will present a strong match, especially with the large crowd expected from the fans of the two clubs, as the past seasons we miss that (the derby) will return to its well-known strength, while at the same time the two teams are complete in terms of no absences or injuries, and the coaches.” Big names, and they certainly have experience dealing with (derby) matches, so we expect to see a strong match worthy of the name of the two teams.”

And he talked about the winning cards, and said: “I see that Al-Nasr has the opportunity to benefit from the Moroccan newcomer, Adel Taarabt, who has great experience with several clubs such as Italian Milan and Benfica, and does not need more time to enter the atmosphere of the matches. As for Al-Wasl, I expect the Brazilian to be Gilberto Oliveira is the trump card for the team, on the other hand, there are players like Ryan Mendes whose level has declined in the last period, and the same is true for Fabio Lima with Al Wasl, especially since he did not recover his well-known level after his return from injury.

The two teams imposed secrecy on their preparations for the match, by conducting closed-door exercises.

The coaches, German Fink and Argentine Pizzi, will face the most difficult test to win the public's trust.