Tomas Axnér's explanation behind the poking of Carin Strömberg

Carin Strömberg was invited to the last national team meeting before the handball EC. Now union captain Tomas Axnér explains the decision. - I have had a dialogue with Carin linked to things that she can improve, he says to SVT Sport. 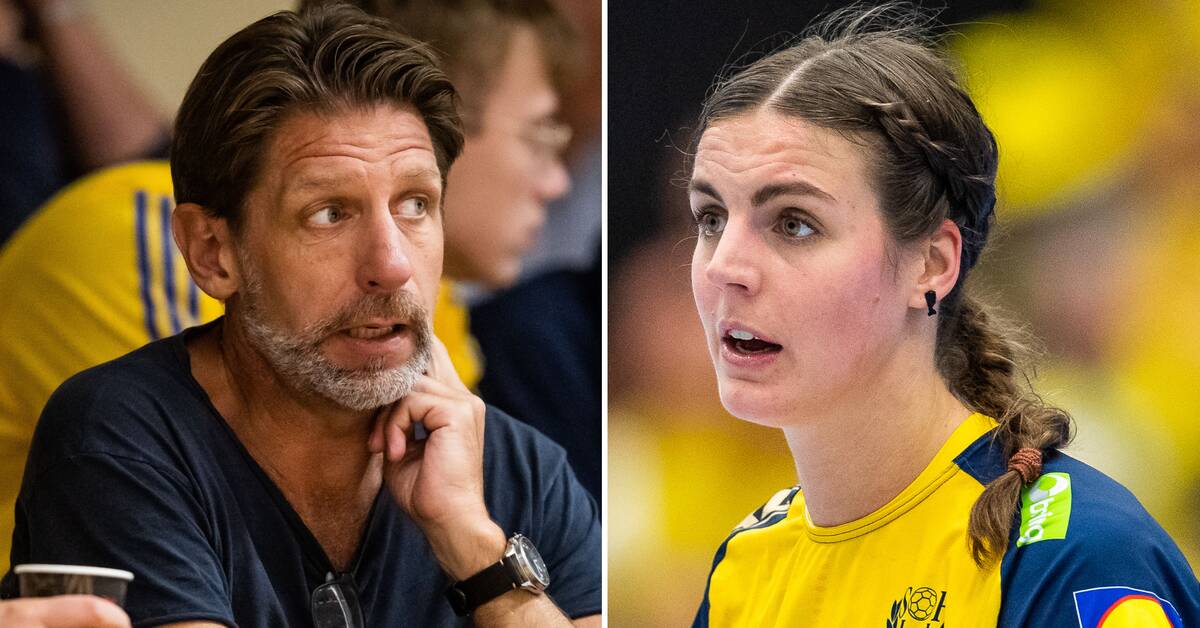 Carin Strömberg has been captain of the Swedish national team for the past three years.

But before the ongoing national team meeting, the 29-year-old was poked in favor of other middle nines in the form of Emma Lindqvist, Jenny Carlsson and Daniela de Jong.

- Carin has been a supporting player for a long time, who is not in this camp, but she is in the picture, says Tomas Axnér when he is asked about the poke.

He elaborates on the explanation for the decision:

Then I had a dialogue with Carin linked to things that she can improve.

At the same time, I know what she can do and what she has done in the national team.

Tomas Axnér: "It's about the performance"

What will it take for her to take a seat again?

- It's about what others perform and what she herself performs.

I follow her closely in the club team and watch her matches there.

This collection I want to look at other players.

There is fierce competition, while there are things you have to work on, says Axnér.

- Just because you are removed does not mean that you are not welcome back.

It's about the performance.

This is everyone's team, and the best will play.

Then you have to dare to give others the opportunity to play.

Nathalie Hagman was in the same situation

One who has been in Carin Strömberg's situation is Nathalie Hagman, who is now back in the national team after being picked from a collection last year.

- It's always sad, a big disappointment.

It's never fun to be voted out.

Then it's about proving that you want to be part of the national team again.

I did and I know Carin will too.

Hopefully she will be there for the next one, says Hagman.

Nathalie Hagman is convinced that Carin Strömberg will do everything to try to take back the seat.

- Carin and I are very good friends off the pitch, I try to be there and cheer her on.

Carin is very professional in what she does and she will do everything to prove that she wants that place back.

Then it's up to her and Axnér what the other choices and pieces look like, says Hagman.