Argentine star Lionel Messi continued his creativity and led his country to victory over Jamaica, with three clean goals, despite his presence on the bench and his participation in the second half. 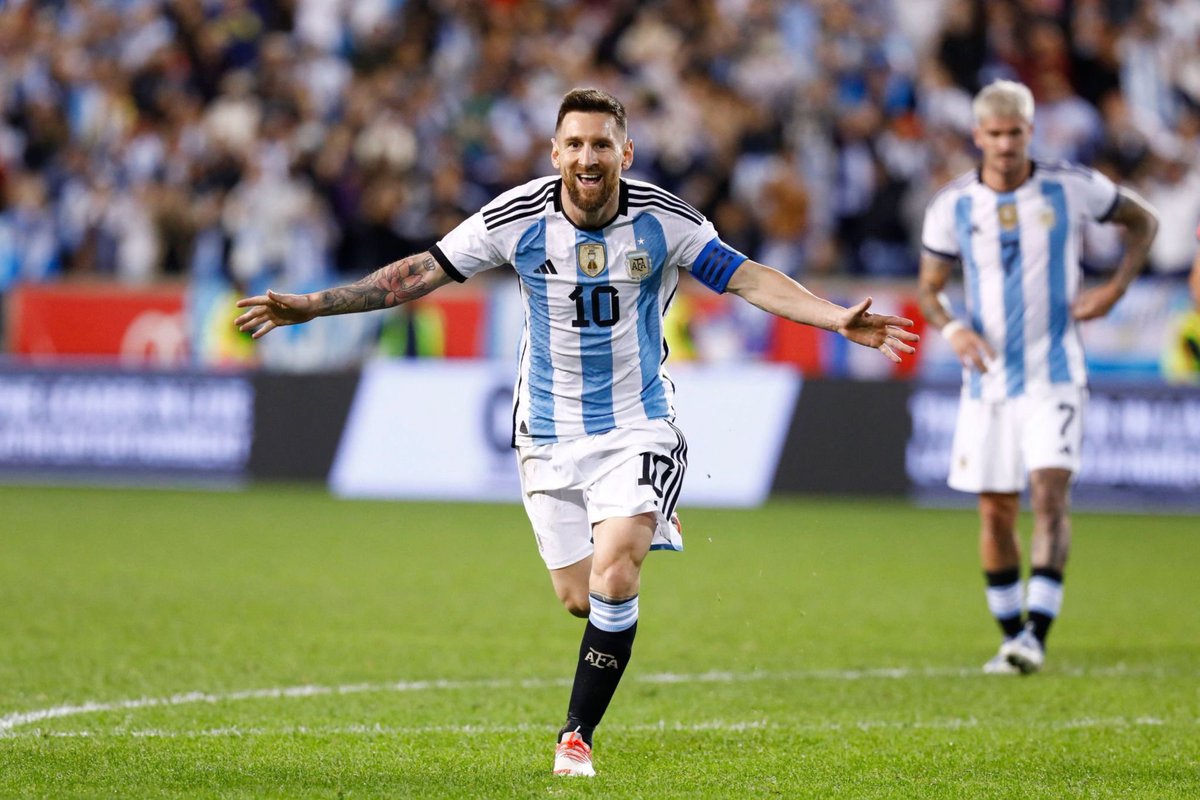 Argentine star Lionel Messi continued his creativity and led his country to victory over Jamaica, with three clean goals, despite his presence on the bench and his participation in the second half. Portuguese worse.

Lionel Messi needed only half an hour to show his ability and reach his 90th goal with the Argentine national team, after he came as a substitute in the 56th minute of the match to score two goals, the first with a powerful shot that landed in the net and the second in the 89th minute from a new direct free kick executed by the player Brilliantly, the player led his country to victory, declaring his strength to compete for the World Cup title this year.

On the other hand, Spain snatched the pass to the semi-finals of the UEFA Nations League from its Portuguese counterpart, defeating it (1-0) in the deadly time of the match scored by Alvaro Morata, in the deadly time just two minutes before the end of the original time of the meeting on the Braga municipal stadium. in Portugal.

Spain topped the second group in the first level (A2), with 11 points, and reached the semi-finals of the continental league, while the Portuguese team settled in second place with 10 points, followed by Switzerland in third place with 9 points.

Thus, Ronaldo continues his crisis this season, in which he is on the bench in most of his team's matches, in addition to his absence from the Champions League, his favorite tournament, and now his country is bidding farewell to the European Nations League.

The goal of the legend Leo Messi 😍😍💙💙💙 pic.twitter.com/Vby7twkGNs

The second goal of the legend Leo Messi 😍😍😍😳 pic.twitter.com/mYW7bkOHzt