[NHK] The Japan Football Association has selected members of the women's Japan national team "Nadeshiko Japan" for a warm-up match against Nigeria and others in Japan next month... 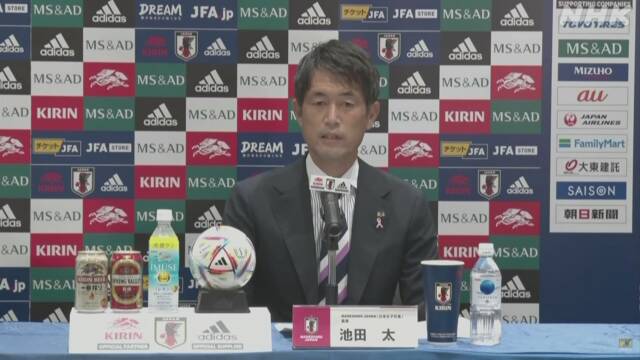 The Japan Football Association has announced the members of the Japan women's national team "Nadeshiko Japan", which will face a warm-up match against Nigeria and other countries in Japan next month. rice field.

Nadeshiko Japan, ranked 11th in the world, are strengthening their preparations for the World Cup, which will start in Australia and New Zealand next July. On Sunday, they will play a warm-up match against New Zealand, ranked 22nd in the world, in Nagano City.

The Japan Football Association announced on the 28th the 25-man squad for these two matches.

Of these, eight were players who play overseas,

including captain and defender Kumagai, who plays in the German first division league, and

who was runner-up in the Under-20 World Cup, and

Shinomi Koyama of Cerezo Osaka Sakai were selected for the first time.

On the other hand, Mana Iwabuchi of Arsenal and Yui Hasegawa of Manchester City were not called up in the English Super League due to their condition.

Coach Ikeda Futoshi of Nadeshiko Japan said, “I am happy to be able to play warm-up matches in Japan.