Iran: when athletes are moved by the situation in their country

Voices are rising in the world of Iranian sport to denounce the repression of demonstrations which follow the death of a young woman, Mahsa Amini, on September 16, 2022, after her arrest by… 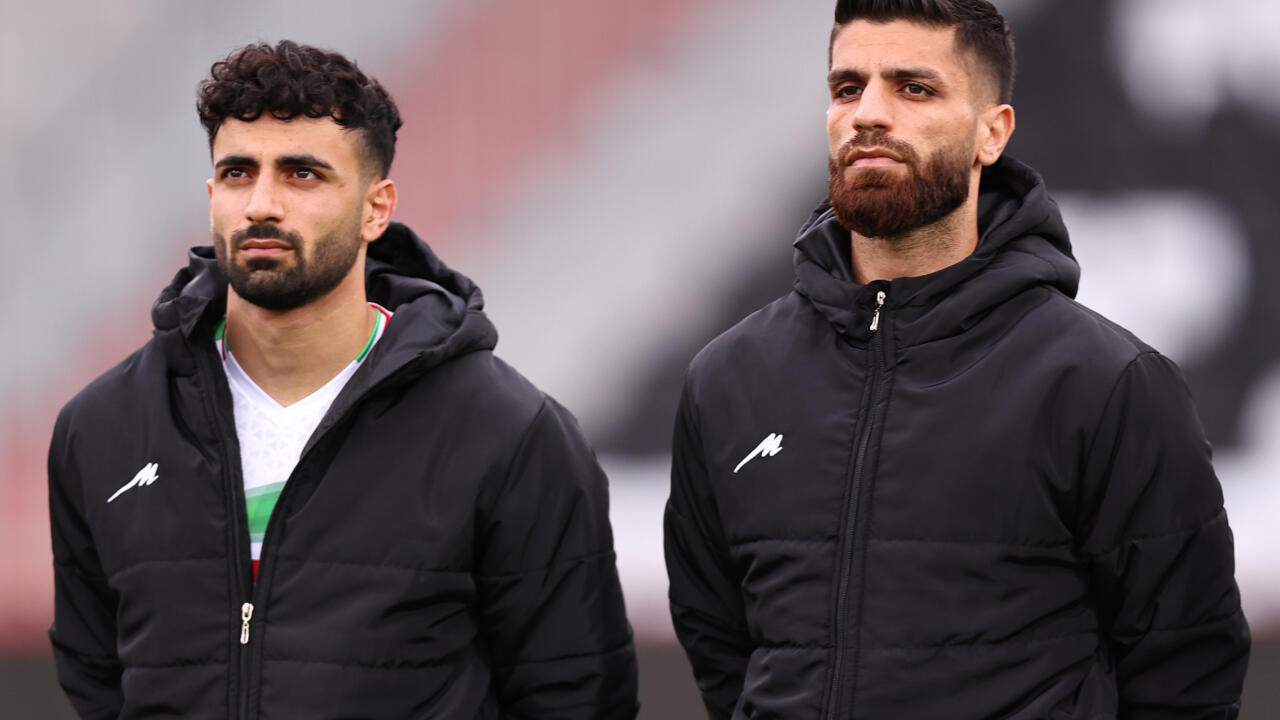 Iran: when athletes are moved by the situation in their country

Footballers from the Iranian national team wearing a black parka during their country's national anthem, before the match against Senegal, on September 27, 2022 in Maria Enzersdorf (Austria).

Voices are rising in the world of Iranian sport to denounce the repression of demonstrations which follow the death of a young woman, Mahsa Amini, on September 16, 2022, after her arrest by the Iranian morality police.

It is crucial for us to raise global awareness and spread our voice by giving the world a clear view of the systematic brutality carried out by the Islamic regime of Iran.

Alizadeh, the first Olympic medalist in her country's history

The one who had won bronze in taekwondo in Rio in 2016 then gave up defending the Iranian colors at the Tokyo 2021 Games, joining the refugee team.

Alizadeh, however, is one of the few Olympians to openly display her anger on social media, following

the death of Mahsa Amini, a 22-year-old young woman arrested by vice squad in Tehran

I am not afraid of being ousted

goodbye to the national team

In a long message on Instagram, the player speaks about censorship, her past and present torments: "

Now I am sad for my Iran, I am a protester, my voice is louder next to those of my brothers and sisters , and we want to manage the situation, we want to be heard, we, the children of Iran, have a religion, and the God we worship never said that the innocent people and those who protest against this situation must be killed. ..

The death of Mahsa Amini and the events that followed also threw the very popular footballer Sardar Azmoun off his feet.

In a since-deleted Instagram story, the Bayer Leverkusen striker challenged the Iranian authorities: "

The ultimate punishment is to be expelled from the national team, which is a small price to pay for even a single lock of hair. an Iranian woman.

It will never be erased from our consciousness.

I'm not afraid of being ousted.

Shame on you for killing the people so easily and long live the women of Iran.

Before a preparation match against Senegal, during the national anthem, Azmoun and his teammates wore a black parka covering the shirt of the Iranian selection (Team Melli).

He is the first player currently playing for the national team to do so.

The latter has multiplied the messages to the demonstrators, on Twitter: “

When I watched some of the videos, I saw veiled women accompanying people in the demonstrations.

I wanted to say thank you.

We have no problem with other people's clothes and beliefs and we are together, side by side for Iran.

Ali Daei, another Iranian football legend, who scored 109 goals in 149 appearances for the national team, was also moved: "

Instead of repression, violence and arrest of the Iranian people, resolve their problems !

Mahsa Amini's death has sparked protests in which "

about 60 people have been killed

" since September 16, according to a latest report from the Iranian news agency Fars.

The NGO Iran Human Rights (IHR), based in Oslo, spoke on Monday of "