Drop Ronaldo .. a public and media campaign against him in Portugal and Fernandez defends him after the defeat against Spain

Amid a mass and media campaign to "drop" Cristiano Ronaldo from the Portuguese national team's starting line-up and marginalize his role, Bruno Fernandes, his teammate and Manchester United teammate, rose up to defend him. 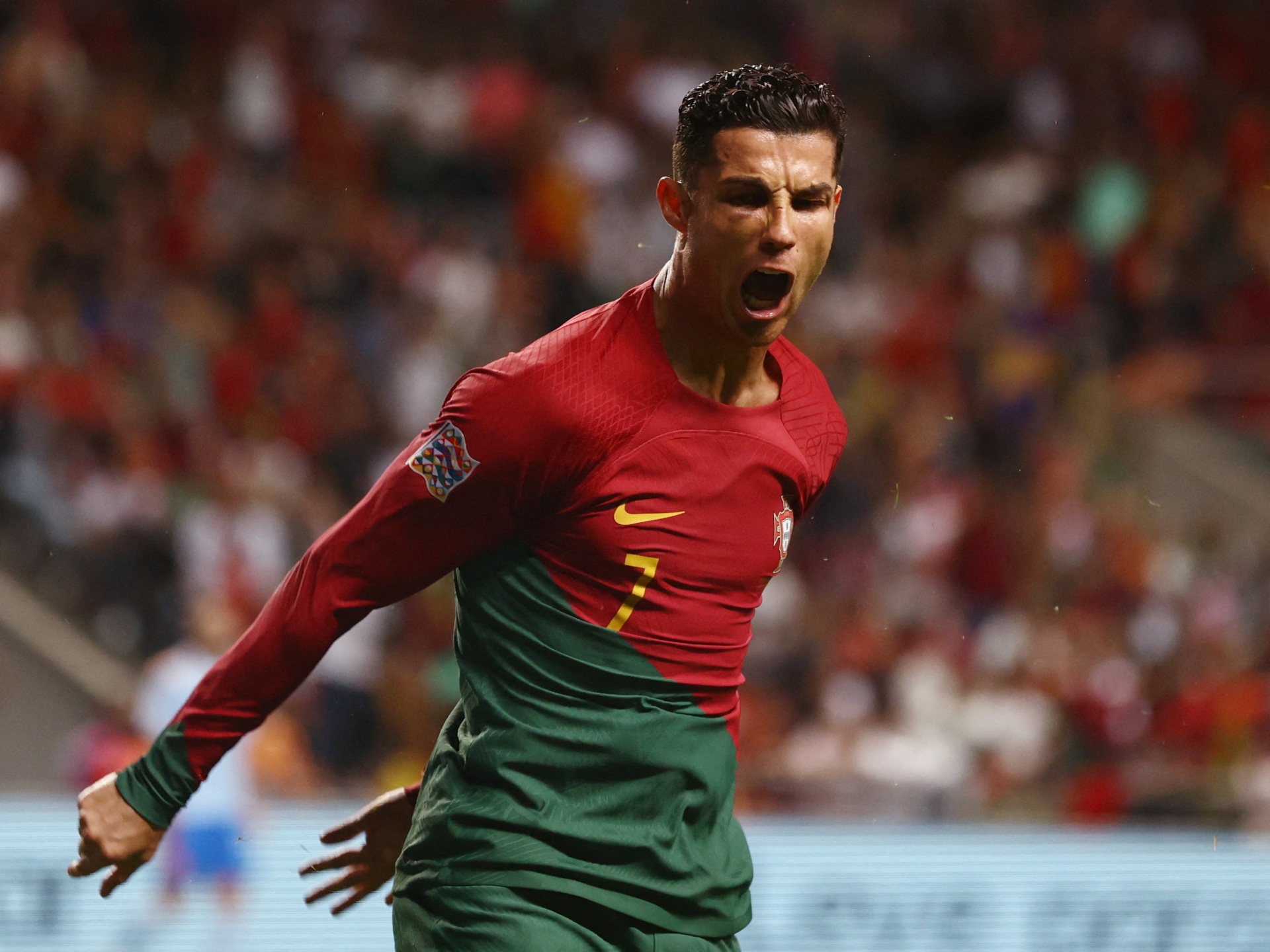 Amid a mass and media campaign to "drop" Cristiano Ronaldo from the starting line-up for the Portuguese national team and marginalize his role, Bruno Fernandes, his teammate and Manchester United team, rose up to defend him, saying that he did not see the need to make a fuss about Ronaldo after Portugal's defeat against Spain.

The Portuguese national team achieved a great victory against its Czech counterpart, defeating it 4-0 last Saturday, to lead the second group in the first level competitions of the European Nations League.

But Portugal lost 0-1 to Spain on Tuesday in the sixth and final round of the group matches, to lose the opportunity to qualify for the finals.

The Spain match was preceded by a campaign launched by Portugal fans aimed at excluding Ronaldo from the starting lineup for the crucial match, and the 37-year-old was criticized by the Portuguese media, due to the poor performance recently, in which he became a permanent guest on the Manchester United bench.

Of course, the mass and media war on Ronaldo increased after the defeat against Spain, which was described by English reports as an attempt to “bring down” Ronaldo.

Ronaldo was unable to score for the third international match in a row, as Spanish goalkeeper Unai Simon saved the player's two attempts in Tuesday's match, and disappointment and frustration appeared on Ronaldo at the end of the match.

But Fernandez defended his colleague, saying: "There is no need to make big stories. Cristiano is here, he is there to help, and he will continue to help."

He added that "Cristiano is a striker, and he wants to score goals. The frustration is normal, and no player has been more frustrated than another."

"We are all very disappointed, there is no need to make a fuss and stories about Ronaldo."

Ronaldo scored one goal and made another in all the matches he played this season with the national team and with his club, but Fernandez said, "He did what he had to do, and the goals will come."

He added, "This is just a stage. When the goals start, he will have more ability and more calm to continue scoring many goals for our national team. We cannot forget that he is the best scorer ever."

After two disappointing careers in the major tournaments, as the Portuguese team did not go beyond the round of 16 in the 2018 World Cup and the European Nations Cup (Euro 2020), the 2022 World Cup in Qatar represents an opportunity for the Portuguese team to correct the course, and an opportunity for Ronaldo to restore his wasted luster and dignity.

Fernandez said the Nations League "will not be an obstacle; the World Cup is a completely different tournament."