Spain always has a plan: win in Portugal and get into the Final Four

Spain had a plan. Hypnotize Portugal for an hour and, already asleep, steal qualification for the Final Four of the League of Nations. She got it. The plan came out... 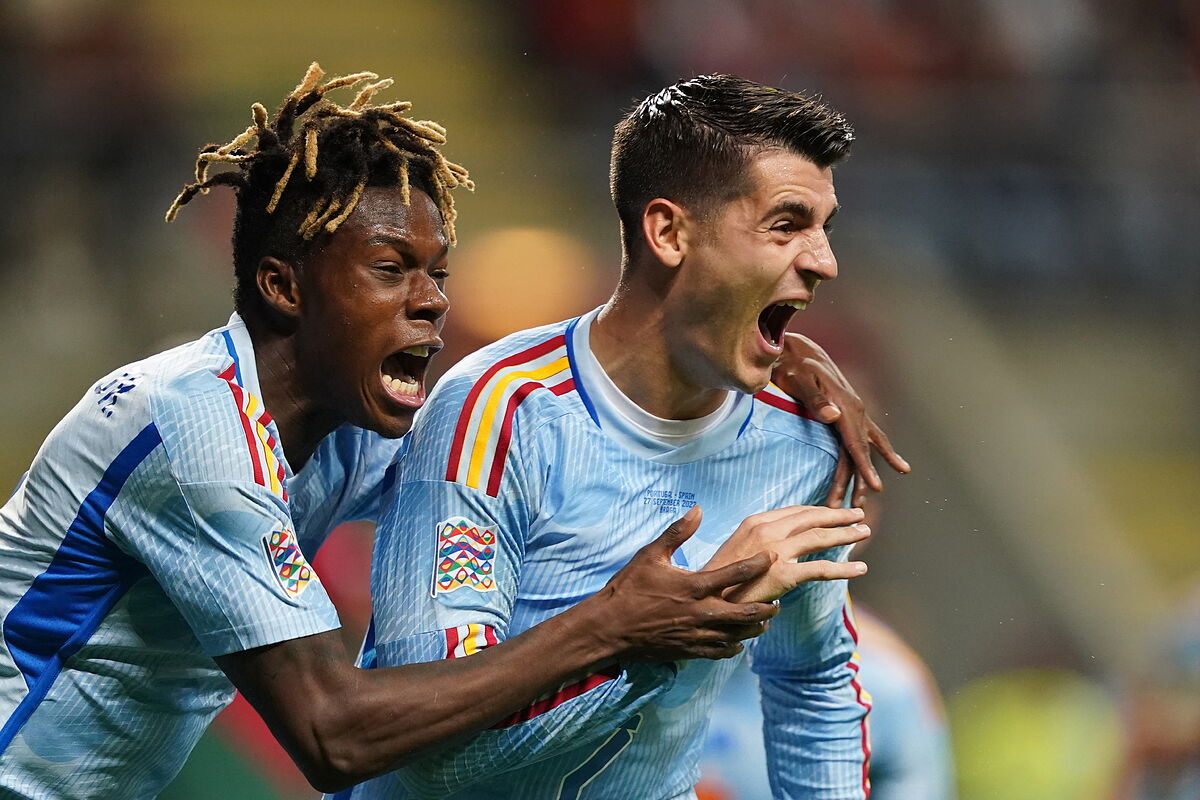 Spain had a plan.

Hypnotize Portugal for an hour and, already asleep, steal qualification for the Final Four of the League of Nations.

The plan went well in its first part, because Spain managed to put Portugal, the Portuguese, the Spanish and even the referees to sleep, Orsato was imprisoned on a couple of occasions of what usually happens when you think about what you are going to do to put tomorrow.

Total, that part did go well.

The second, the most difficult, was missing, of course, that of resolving in the rival area and transcending mere possession.

and that the World Cup will be a Russian roulette, either in the first phase or champion.

Or not, namely, this team is indecipherable.

For the bad, for the good and for the very good.

Spain always has a plan.

was unlikely for everyone except him, of course, who puts those he thinks are best for each game.

And, for some reason that escapes mortals,

was the ideal last night as a central defender, along with two new full-backs, a reformed midfield and a forward where two (

Without questioning that for him, for Luis Enrique, they were the best, the truth is that these permanent fusses in the eleven are surprising, subject, as he says, to a fixed idea.

Opposite was a team full of stars of the highest level.

Three from City, two from United, two from PSG, one from Liverpool... All starters.

Players who do not need almost 70% of possession, which was what Spain accumulated in the first half, to generate football, vertical football and football that shoots on goal.

A good summary of that first quarter would be: Spain, 300 passes in each play, barely stepped on

Portugal, 3 passes in each move, was about to score several times.

But it is that Spain had a plan, because Spain always has a plan.

Luis Enrique, aware of his team's technical inferiority, opted to knead the ball more than ever, to protect himself with exasperating possession at times, even at the risk of not peeking through the rival goalkeeper's domain, as happened.

In that first hour, Spain only managed to finish one of its endless plays, and it did so with a parabolic and innocent shot by Ferran.

man, aware of his quality, and also aware that the draw was worth it to them, did not go for Spain.

He put his team in midfield, with

as a reference, and waited for an error.

The few times that he managed to steal he agitated Spain, but Spain had a plan, because Spain always has a plan.

The minutes passed between the yawns of the staff, incredulous at the tenacity of Spain to prioritize the absence of failures before the risk. At halftime, the feeling was that the team could be playing a week in a row that they would not be able to no longer to score a goal, but not even to shoot on goal.

But Spain had a plan, because Spain always has a plan.

On the way back Sergio Busquets

, but for Guillamón, Rodri going on to play central, but Luis Enrique's fireworks appeared with half an hour to go, when

showed up with a push .

The plan was clear there.

Spain had put Portugal to sleep for an hour, making him run after the ball to, in those last 30 minutes, definitely go for the classification.

Spain had a plan, because Spain always has a plan.

took Portugal's last option under the sticks (which had several that would have ruined the plan), the moment in which Spain pounced in a bad way on its opponent, delivered to a crepuscular Cristiano .

Spain had a plan, because Spain always has a plan.

Go well or not.