The Sundays of these concentrations are the days that Luis Enrique takes advantage of to give the boys a little barracks. After "the best week, as far as... 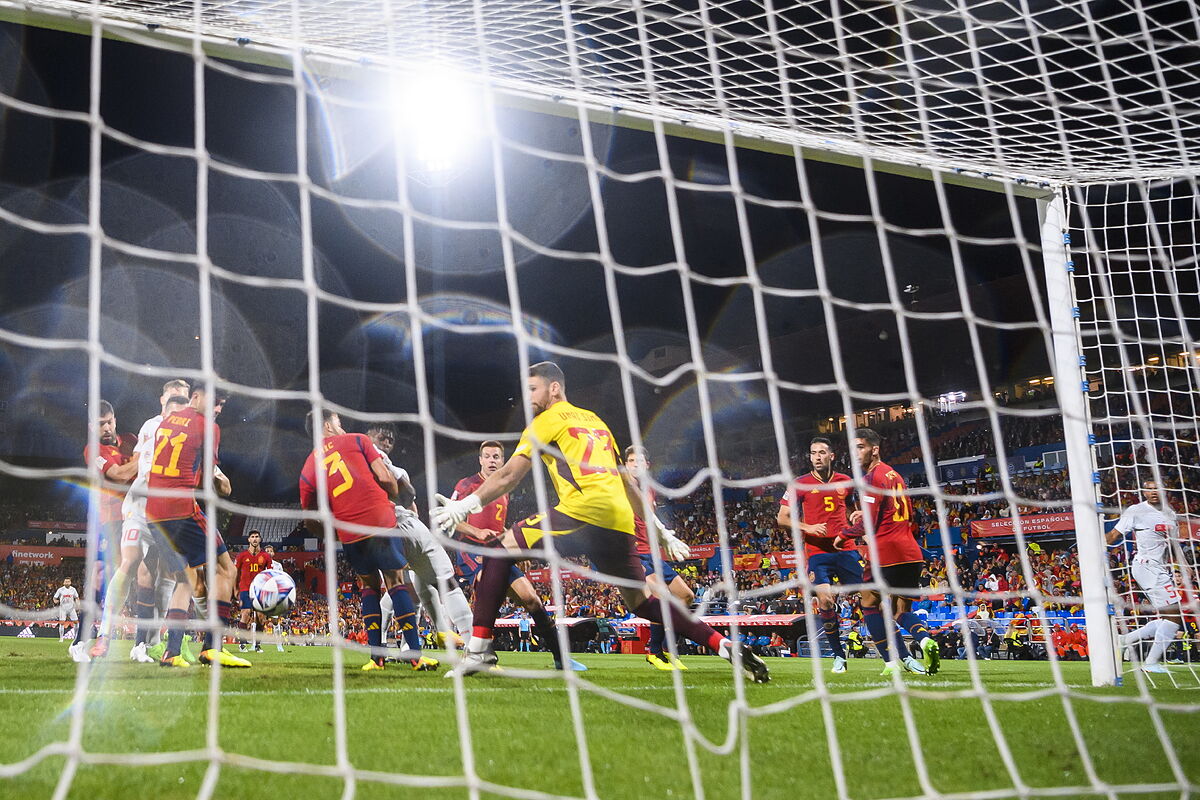 The Sundays of these concentrations are the days that

takes advantage of to give the boys a little barracks.

After "the best week, in terms of intensity in training, since I've been a coach", this Sunday the Spaniard left them the day off after training and until night.

The staff took the opportunity to go to eat and spend the afternoon quietly, some accompanied by their families, others by their friends and others enjoying a long nap.

There is not much concern in the team about the defeat against Switzerland, as they maintain that, with Portugal's victory in the Czech Republic, a draw would have left things the same.

It is true that in the speech they forget to say that having won, the tie would be valid on Tuesday at the Braga Stadium.

Spain gets stuck and forces a feat in Portugal

Spain gets stuck and forces a feat in Portugal

In any case, the coach said it as soon as the game ended.

"It has been the day in which we have been more imprecise since I have been here. But nothing, we will go to Portugal to win, we have no other choice", and that, the search for victory, the non-speculation with the result, the fact of having an invariable identity beyond the specific circumstances of the matches, it has good aspects (personality, the idea assimilated by those who come, even if they do not play in their clubs, automated solutions, etc...) it also has aspects not so good

The numbers of the Luis Enrique stage give some clues

The Asturian coach has managed the national team in

, interrupted by the time he spent caring for his daughter.

Saturday's is already the last at home, replacing the defeat against England at the Benito Villamarín four years ago).

"Football has become much the same", is one of the refrains that emanate in the press conferences, and the coach always wields the problems that the other great favorites have.

For example, England has been relegated to League B of the League of Nations, and Germany lost the other day against Hungary.

In fact, in the Final Four that will be played, presumably in Amsterdam and Rotterdam, in June 2023, the Netherlands, Hungary (Italy has options, but has to win in Budapest), Croatia or Denmark and Portugal or Spain will presumably play.

That is, no trace of English, French or German.

The national team's style of play, always having the ball, always attacking, and running like hell to get it back when it's lost, together with the average level, though not high, of most of the players, means that the proposal has cracks due to the that rivals sneak in.

And it has two main fissures: the difficulty in scoring and the ease with which they do so.

And he has conceded 31, which gives an average of 0.8 against.

That explains why he scores almost two goals per game (statistics swollen by some thrashings like the 6-0 against Germany) and receives almost one.

It is not strange, then, that such close matches sometimes end up falling on the rival's side, either with a draw or with a defeat.

Of the 20 victories achieved, half, 10, have been by just one goal difference, an argument that reinforces the above.

Looking ahead to Tuesday's match, the penultimate before the start of the World Cup in Qatar

(there are no matches in October and they will only play a friendly against Jordan on November 17, six days before the debut)

, the most exciting thing for the project is that the better versions of the team have always been seen with great teams.

Spain has looked in the face, and has won, England, Germany and Italy.

He lost to France because of that controversial goal by Mbappé, although he deserved much more, and

"In those three games we were able to win, but we could also lose, so let's see what happens," says Luis Enrique with a smile.

The coach is in such a good mood lately, that he was even amused when a journalist reminded him, after the defeat against Switzerland, that it wasn't too bad to lose against that team, because that's how the 2010 World Cup started and you know how. just.