Italy defeats Hungary and qualifies for the semi-finals of the European Nations League, and Germany snatches an exciting draw from "relegated" England

Italy has qualified for the semi-finals of the European Football Championship by beating its host Hungary 2-0, in the last round of the third group, in which Germany won an exciting draw from England 3-3. 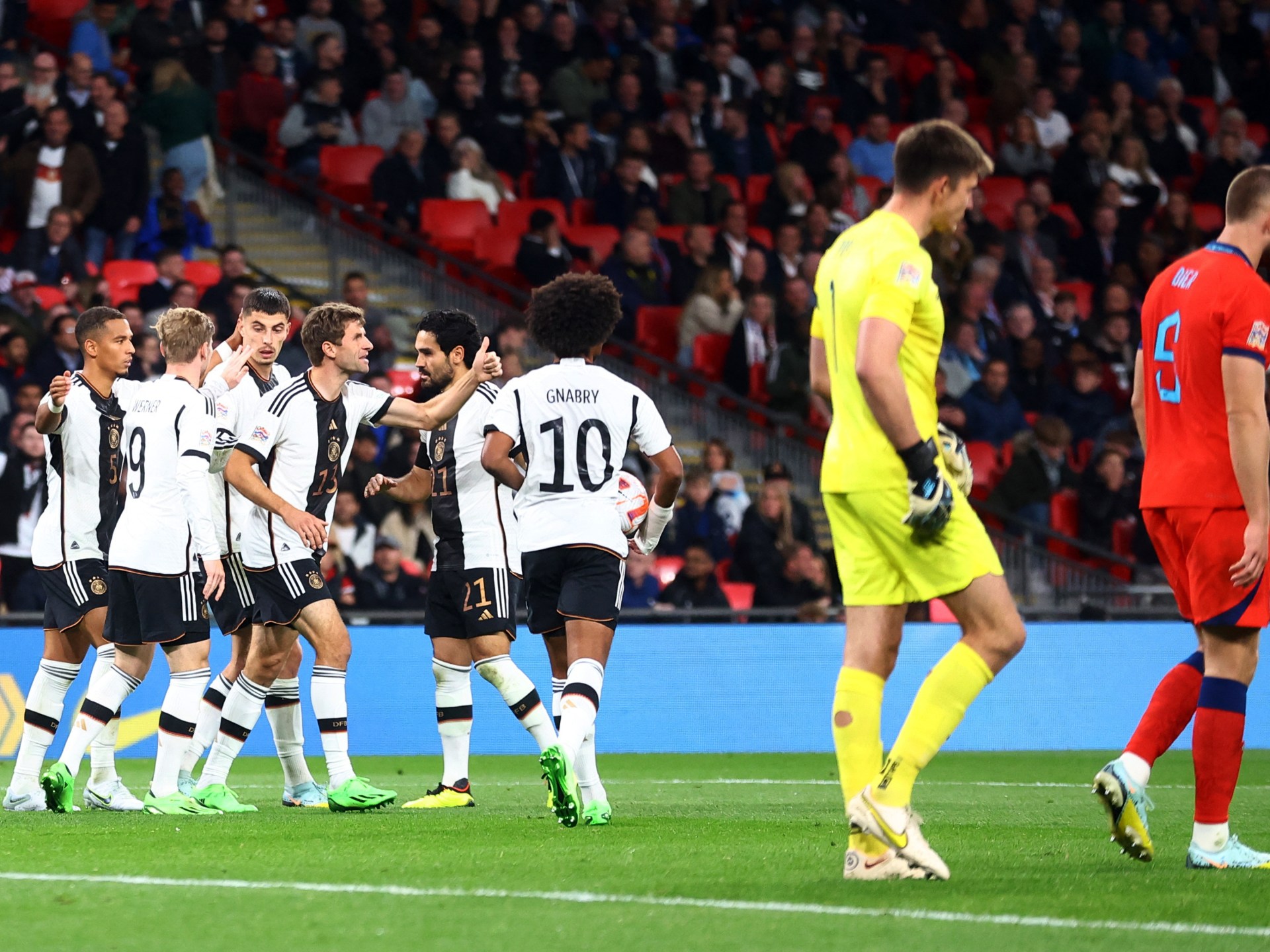 Italy has qualified for the semi-finals of the European Football Championship by winning 2-0 against its host Hungary, today, Monday, in the sixth and final round of Group C in the first level, in which the German team won an exciting draw from its host England 3-3.

Italy, the European champions who did not qualify for the World Cup in Qatar, topped the group with 11 points from six matches, one point ahead of second-placed Hungary, which needed to avoid defeat to secure a place in the semi-finals for the first time.

Rasbadori took advantage of a mistake from the defense in the 27th minute to hit the goal from the edge of the penalty area.

Hungary had a chance to equalize at the beginning of the second half, but goalkeeper Gianluigi Donnarumma saved several shots from Loic Nego, Callum Styles and captain Adam Salai.

Midfielder Dimarco doubled Italy's lead in the 52nd minute when he hit a powerful ball into the roof of the goal from close range.

Italy joined Croatia and the Netherlands in the tournament finals, while Spain will play Portugal in Braga on Tuesday to secure the last place in the semi-finals.

In another match in the same group, the German team snatched an exciting 3-3 draw from its host England.

The German team advanced through Ilkay Gundogan in the 52nd minute from a penalty kick, before Kai Havertz added the second goal in the 67th minute.

In the 71st minute, Luke Shaw scored the goal to reduce the difference for the England team, before his teammate Mason Mount equalized in the 75th minute.

In the 83rd minute, Harry Kane scored the third goal for the England team from a penalty kick, but the lead did not last long, as Kai Havertz equalized again for the German team in the 87th minute.