Belgian media reported that Shabab Al-Ahly approached the inclusion of the Belgian Jason Denier during the current transfer period in a free transfer deal. 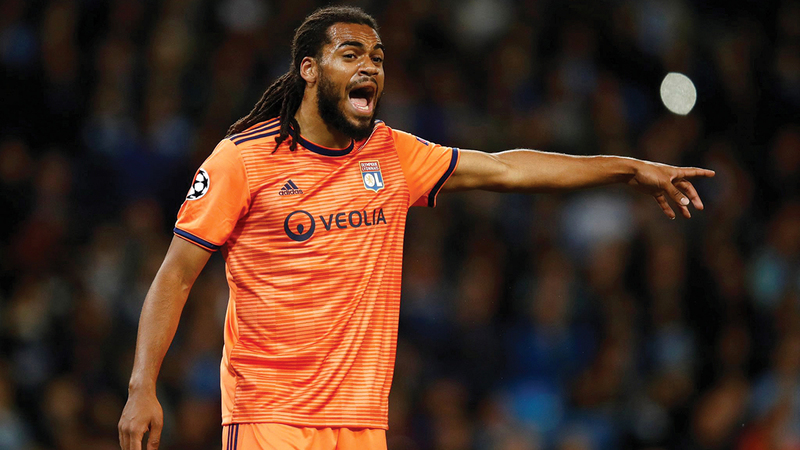 The international player's contract with Lyon has expired

Belgian Jason Denayer will join on a free transfer.

Belgian media reported that Shabab Al-Ahly approached the inclusion of the Belgian Jason Denayer during the current transfer period in a free transfer deal.

And the newspaper "HLN" indicated that Dianier will go to Dubai to complete the procedures for contracting with Al-Ahly youth, after the Belgian international's contract with his former club Lyon expired.

In the event that the Dubai Knights contracts with the Belgian Denier, he will become the fifth foreign player in the team, as it currently includes Argentine Cartabia, Iranian Ahmad Nourallah, Uzbek Aziz Ganyev, and Syrian Omar Khribin.

Jason Denayer (27 years) is one of the main players in the Belgium national team, and has a strong career, as he started in the Belgian team Lier, then joined the youth team in Manchester City in 2014 until 2018, during this period he underwent several experiences on loan to Scottish clubs Celtic. And Galatasaray, Turkey, and Sunderland, England, before moving permanently to Olympique Lyonnais, France, for 10 million euros in 2018.

The Belgian international played 138 games with Lyon, scored 8 goals, and contributed to two goals, and despite playing in the center of the defense, but throughout his career with the team he received only 7 warnings, and he did not receive any red card, while his contract with the French team expired in July In the past, he was dismissed.

Shabab Al-Ahly is seeking to replace the Serbian Bogdan Blanic, who joined the Dubai Knights from Maccabi Haifa, but the Serbian international suffered a severe injury before the start of the season and will be absent for the end of the season.